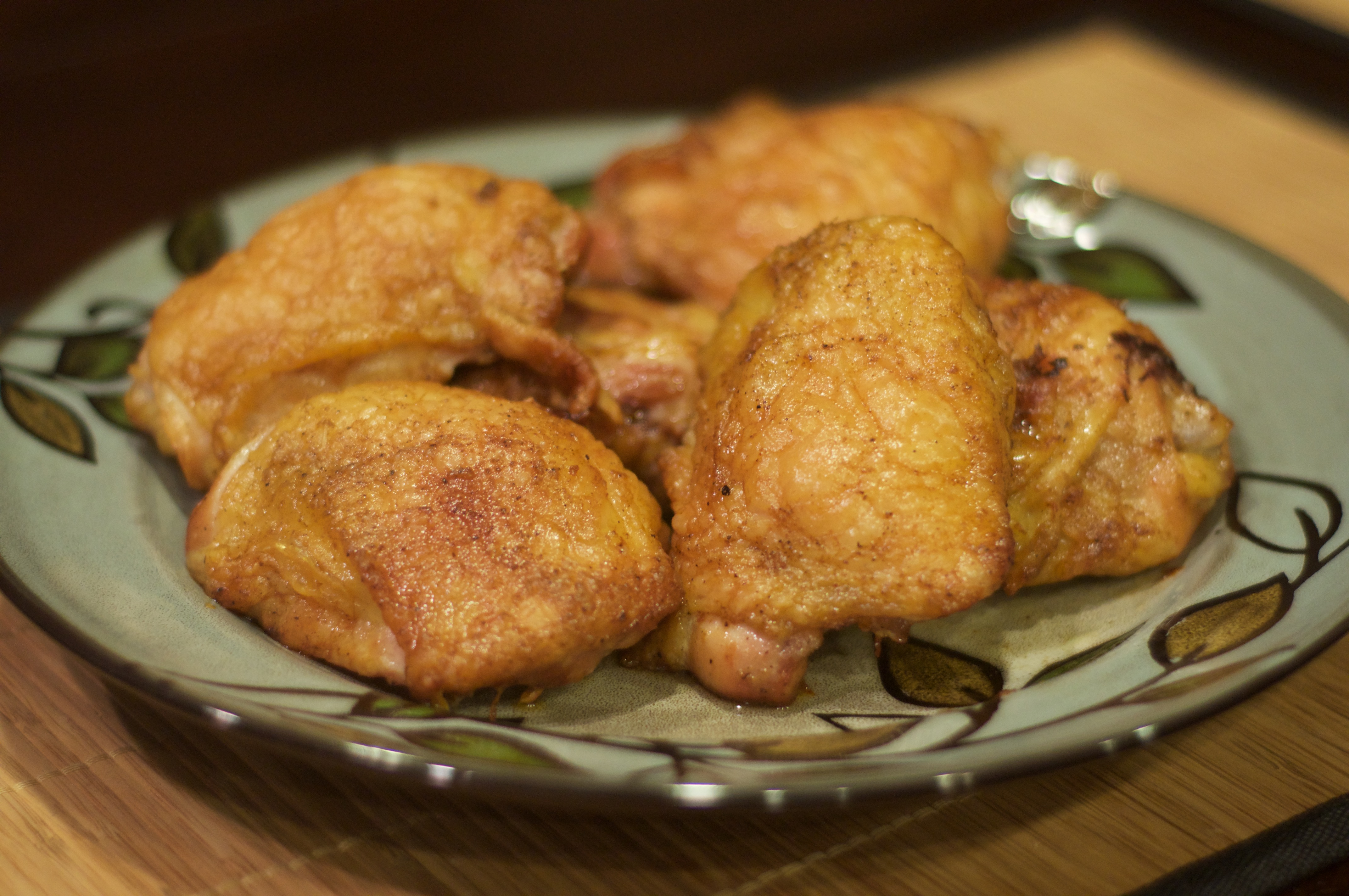 On Black Friday this year, despite it not particularly being on sale, I decided to purchase a new Traeger Grill. The Traeger is a wood pellet grill that can smoke, grill, BBQ and more. I am very excited to have it… When I lived on the East Coast, smoking meat and Traegers seemed to be very popular. One super cool thing about the grill is that you just select the temperature it the Traeger automatically maintains the specified temperature. After a LONG chat with the Traeger demo guy at Costco (also a Mike), I decided to get the Medium Sized Grill. In addition to the grill, I decided to get a wireless meat thermometer. This allows me to stick the probe into the meat and then monitor the food as I am chilling on the couch or making the sides inside. Now that I have used this wireless meat thermometer a few times, I can not emphasize how wise of a purchase that was as well. 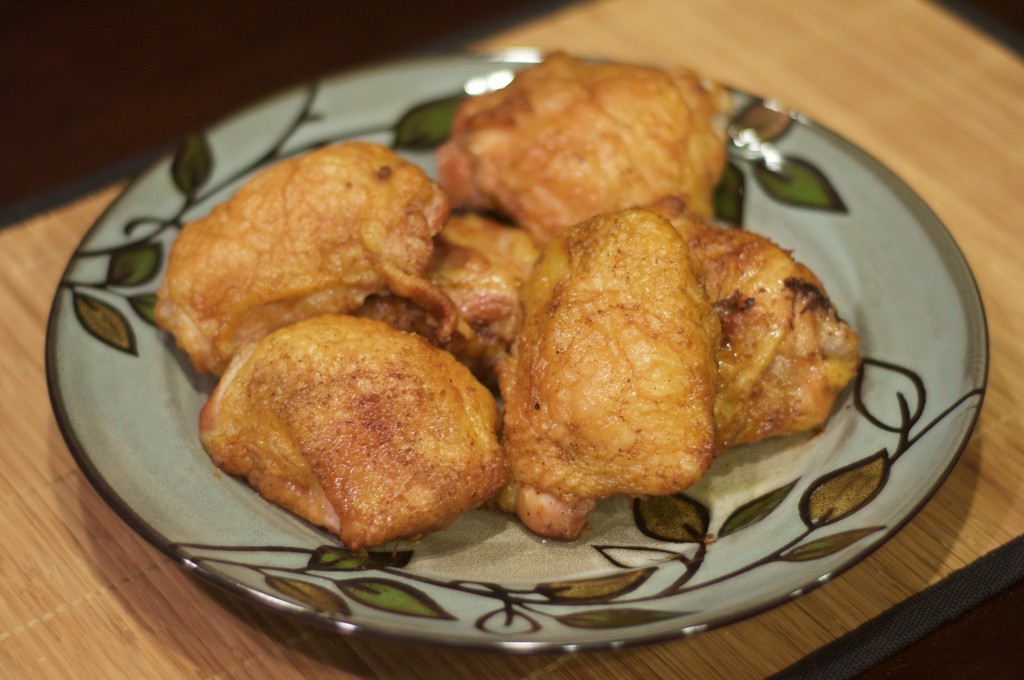 Despite claims that it can be put together very quickly, it took me something on the order of an hour and a half to put together including the storage container. But, I was absolutely determined to make something that night, so after I did the one hour initial burn-in of the Traeger, I found sound skinned chicken that we happened to have and went at it. Since I just got a new grill capable of smoking, I HAD to give smoking the chicken a shot. However, it was already getting pretty late, so I did a dual pronged approach, I smoked the chicken for 30 minutes (I was too impatient or excited to wait the full hour) and then grilled it until the meat got to temperature. This may sound complex, but on the Traeger, its a matter of turning the knob from “Smoke” to “350”.

All I can say, is that the meat came out amazing, especially if you consider the fact that this was absolutely my first time using the Traeger and the first time in my life ever smoking some meat. The crust was nice and firm, but not hard, the meat had a pink ring towards the outside, and the inside was fully cooked and amazingly juicy. 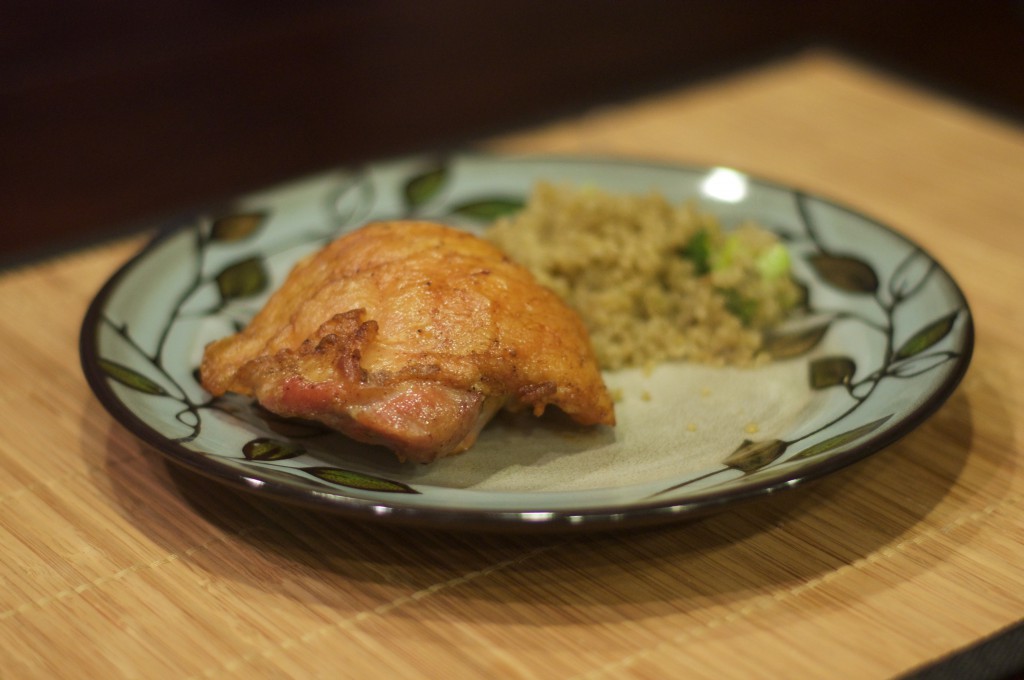 As a side to this inaugural chicken dish, we had our favorite quinoa with a little bit of broccoli mixed in to add in some healthy greens. 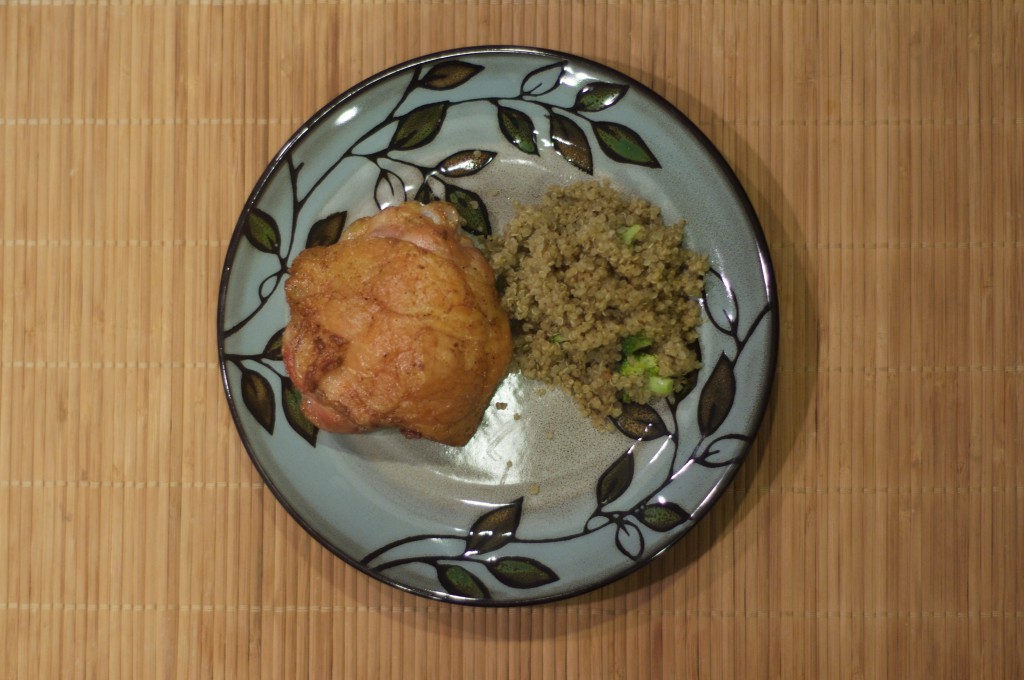 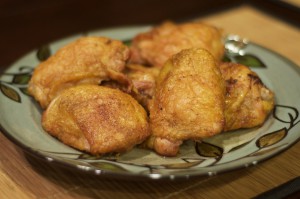