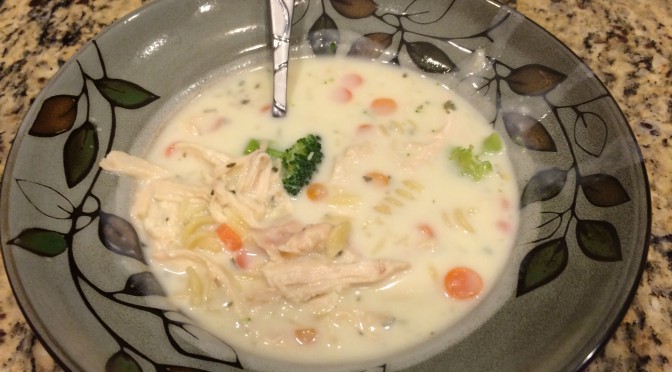 Mike wasn’t feeling well, so I wanted to make him some soup.  I had toyed with the idea of making a “traditional” chicken noodle soup, however we had a bit of milk that I was trying to use up.  I also happened to have some heavy cream in the refrigerator as well. 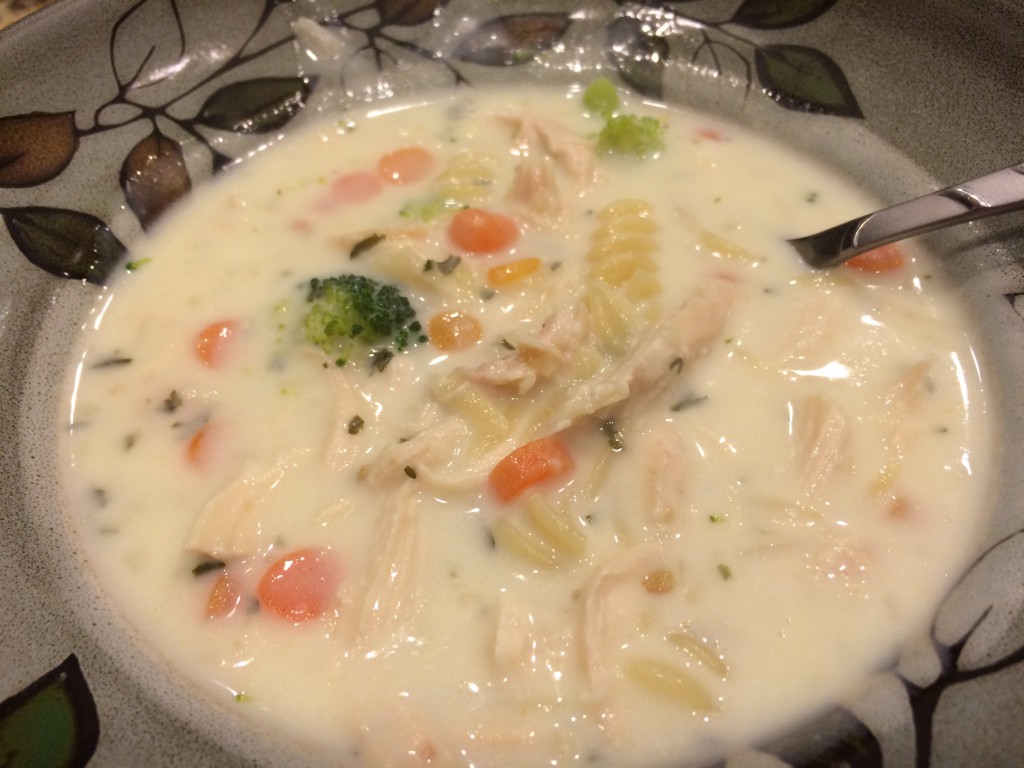 Mike had not been consuming as much milk as usual since he was not feeling well, so I was trying to find creative ways to use up the milk before it spoiled. 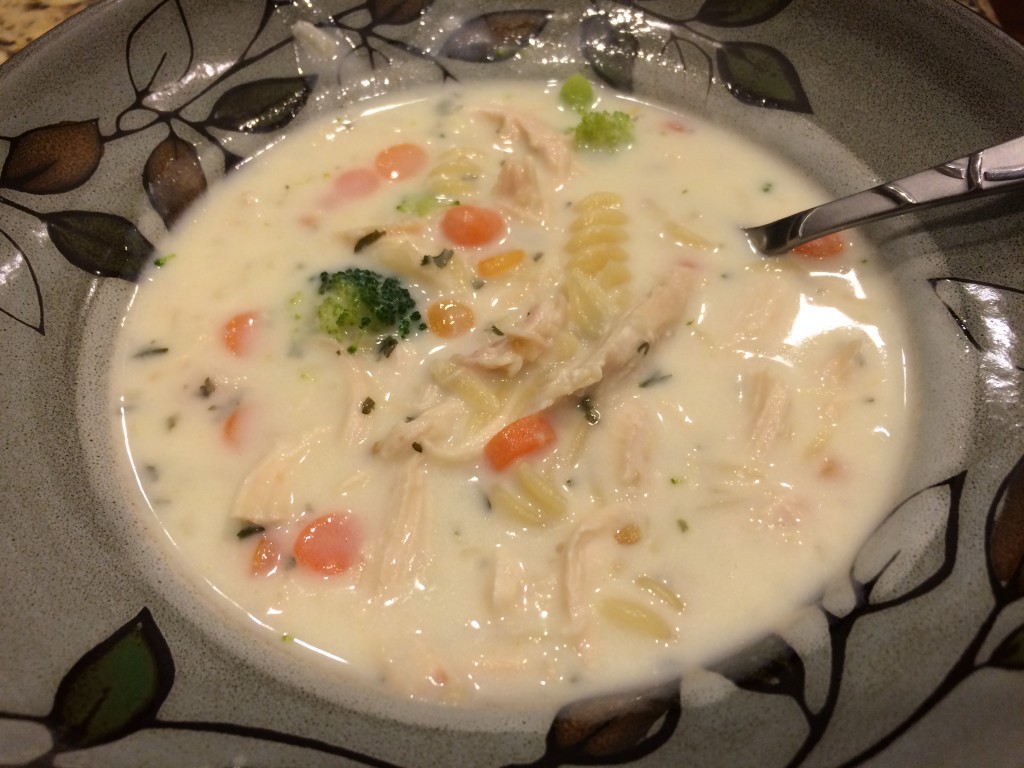 Although chicken noodle soup traditionally contains egg noodles, I was trying to get rid of orzo pasta so I threw them into the soup. I bought orzo because I thought I would like it. As it turns out, I hate it.  I didn’t have enough orzo, so I added rotini pasta to the soup as well so that there would be enough pasta. 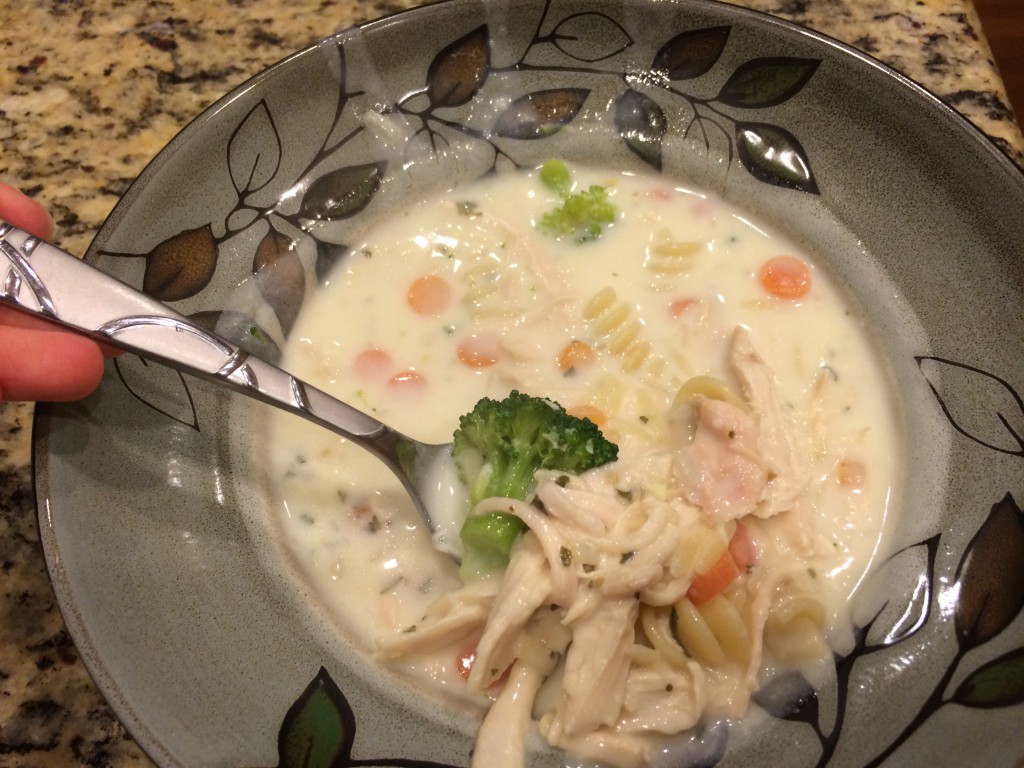 I also added broccoli and chopped baby carrots because I was trying to get rid of those too, I mean because they are healthy.  This soup was both creamy and delicious!  This soup is hearty, with big chunks of food in it that is sure to fill someone up. 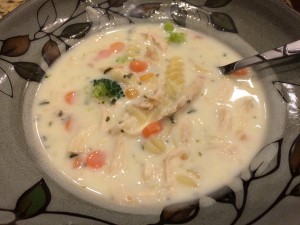