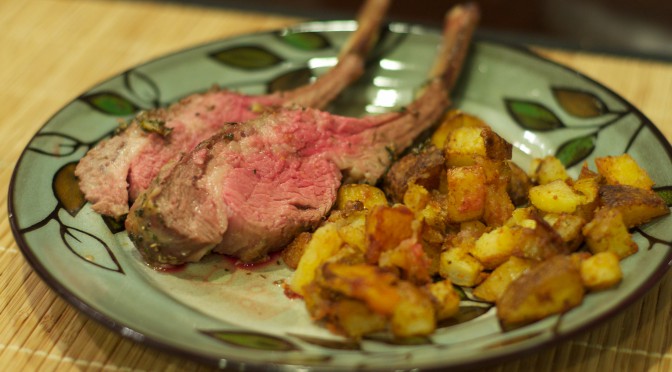 I’ve only had a rack of lamb at a steakhouse before.  It was absolutely delicious, but also quite expensive.  I honestly think it was better than the other menu items I tried, such as Mike’s filet mignon. 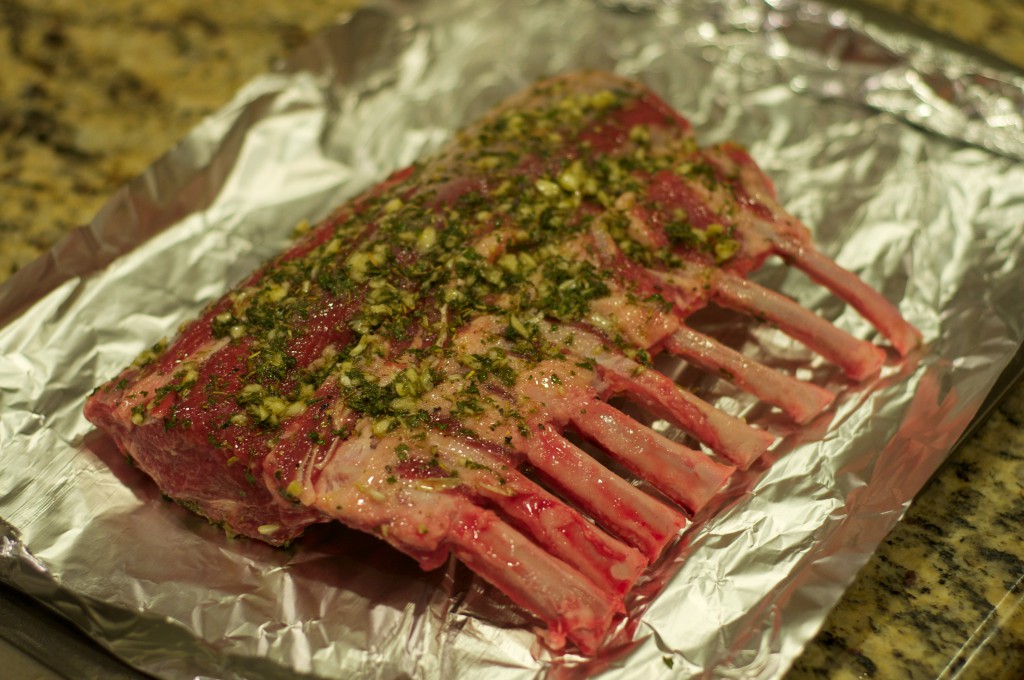 I figured that this lamb wouldn’t be as delicious as the dish at the steakhouse, since they obviously (hopefully) had much more experience making lamb and other meats than I did.  Despite all this I wanted to give it a try because I’ve never made a rack of lamb before. 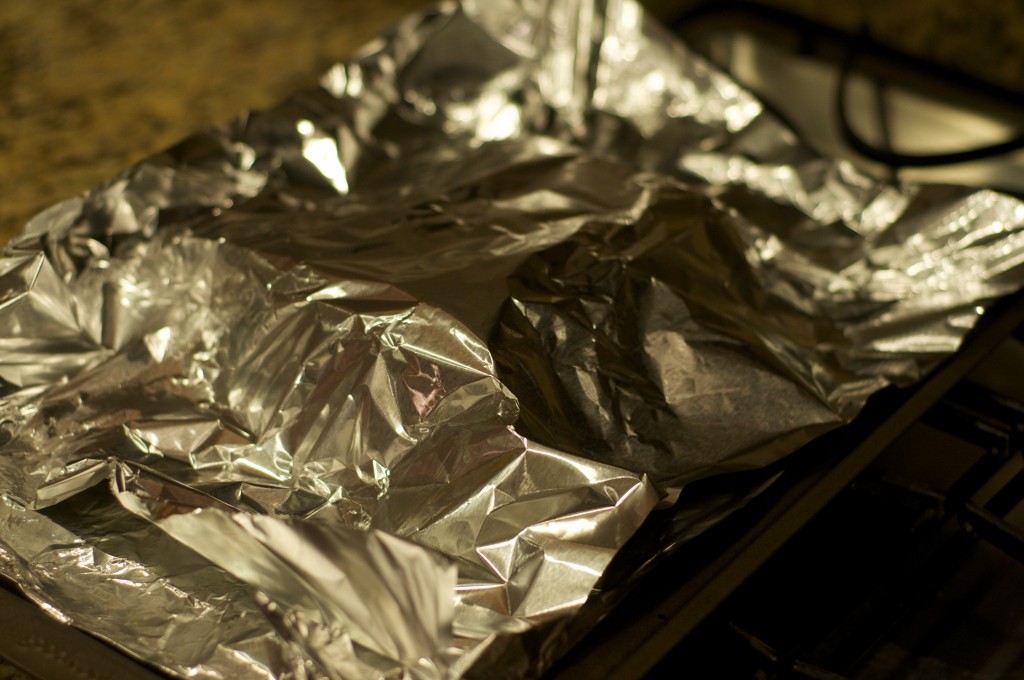 I bought a rack of lamb from Costco.  Surprisingly enough, it was cheaper to buy it from Costco than Trader Joes.  One general issue that I have with Costco is portion size.  For example, today I saw a 4 pound beef tenderloin… which would have cost $80.  I’m not sure how much a similar cut would cost at the grocery store, but I’m hoping that I can buy a 2 pound one for much less.

The rack of lamb at Costco was actually about the right size.  It was actually a little small.  I was supposed to buy a rack of lamb that was about 2 pounds, but the biggest one that I could find at Costco was slightly less than 2 pounds.  I believe it was around 1.75 or so pounds.  I bought it anyway since it was around the right size and I didn’t want to have to go to another store to potentially buy the lamb. 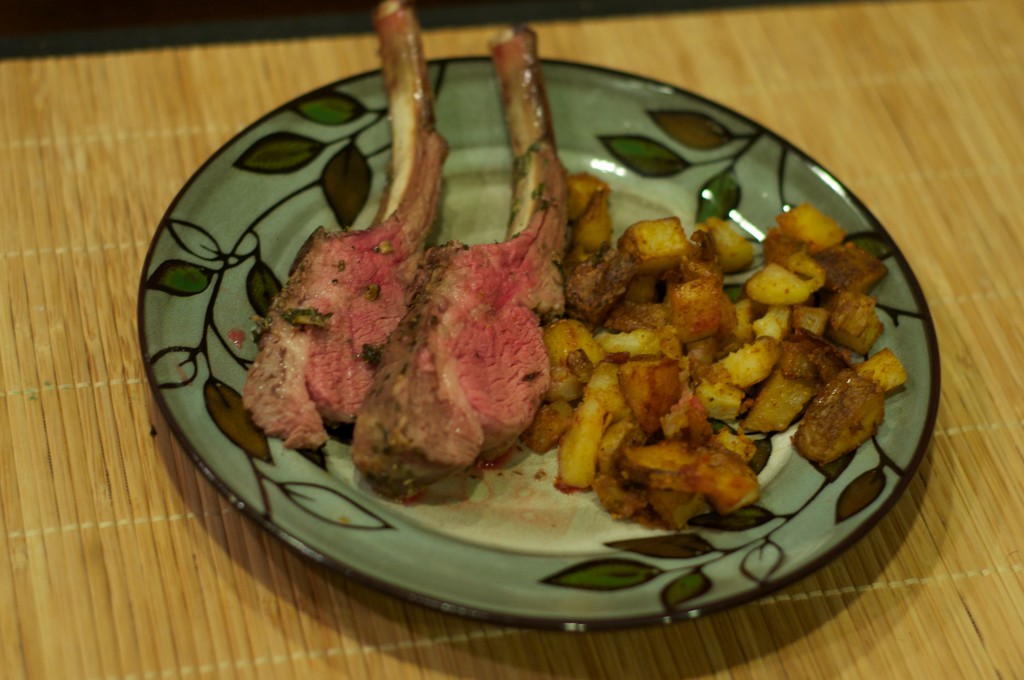 I did have to spend a bit of time cutting the fat off of the lamb.  I guess rack of lamb is just a very fatty.  It was worth it, thought because the lamb was amazing!

Lamb is traditionally served with mint jelly.  I personally hate mint so I served the lamb “plain” with a side of amazingly delicious parmesan roasted potatoes. 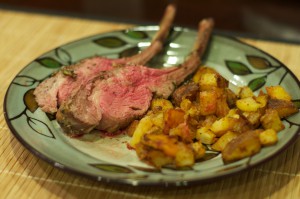 Adapted from The Pollan Family Table