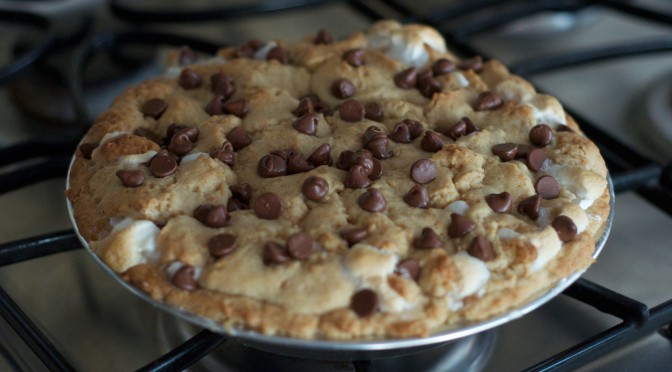 So, we were supposed to go to a “salad party”, due to all of the delectable  bites that we had over the past few months. So, Kim and I thought, what the heck, a S’mores Pie Salad would be the perfect addition to our Salad Party. Well, unfortunately, in the end, the Salad Party portion of the event had to be put on hold until a further timeline, but we had to bring a snack to share anyways so we just brought a S’mores Pie.

Taste wise, all I can say, is that this is essentially the convergence of a S’more with a Chocolate Chip Cookie. I don’t think it can get much better than that, right? My friend Michael recommended that we try it with whip cream, so maybe I will do that next time, although I am personally not a big whip cream fan.

Here is the lineup of the guilty ingredients. 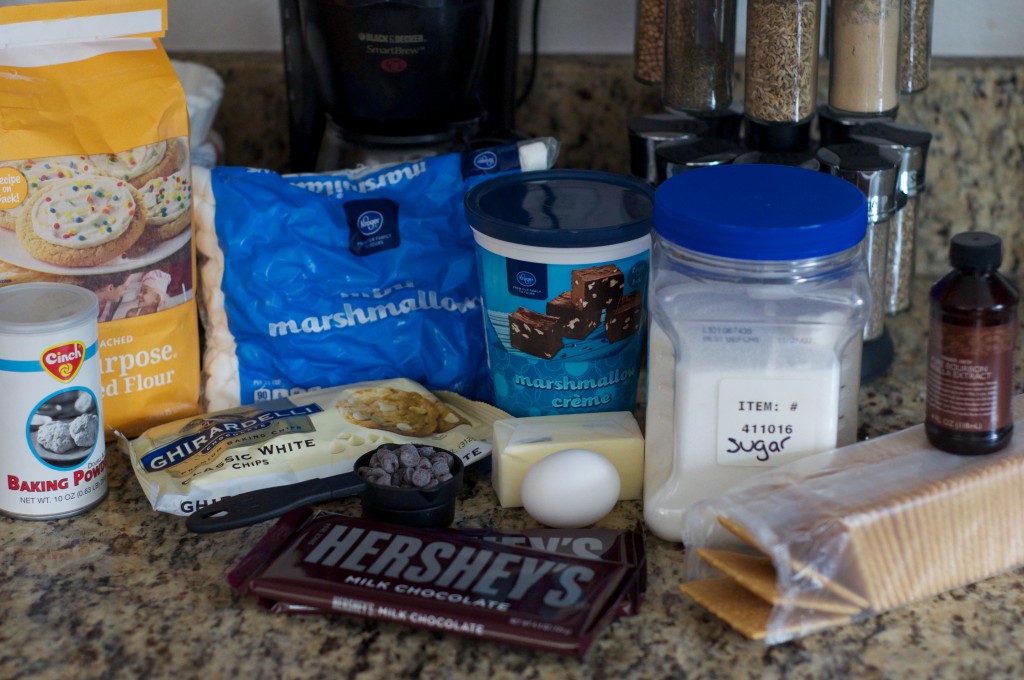 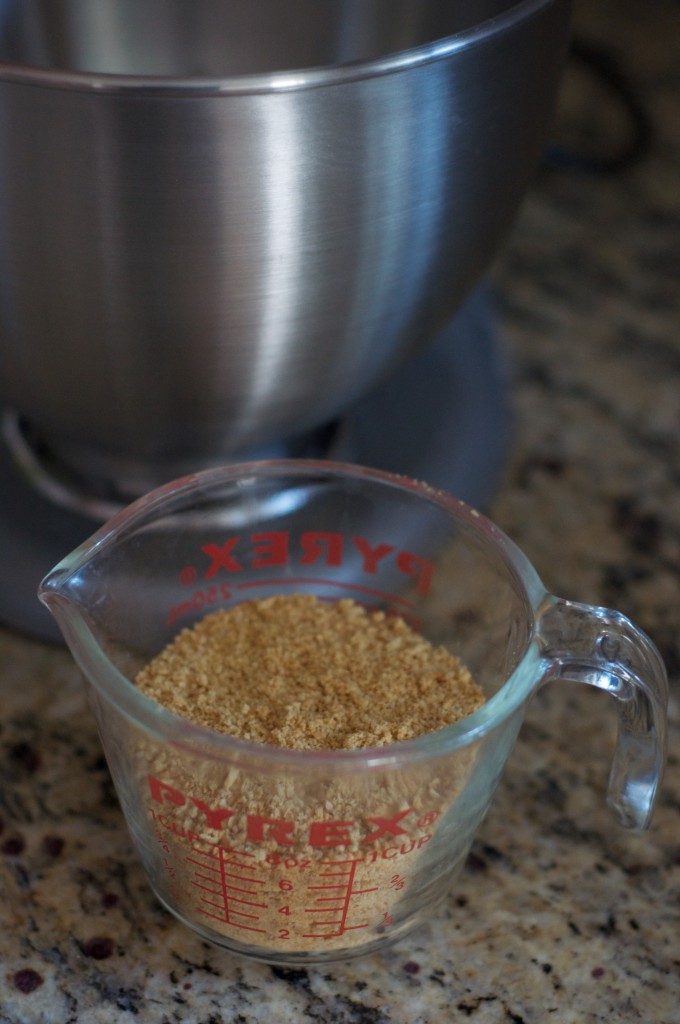 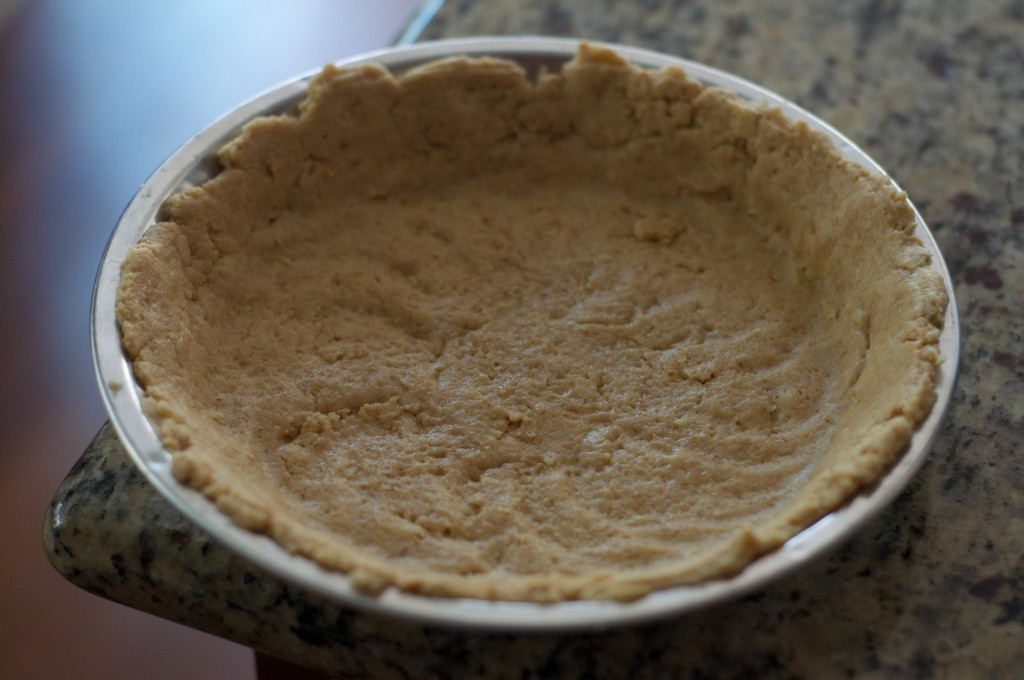 The marshmallow spread, with hershey’s chocolate, which chocolates, and topped with mini marshmallows. How could this be not a dream??? I actually ended up using only half of the chocolate that it called for as it thoroughly coated the bottom. My friends were glad of it, as they said it was already really chocolate-y. 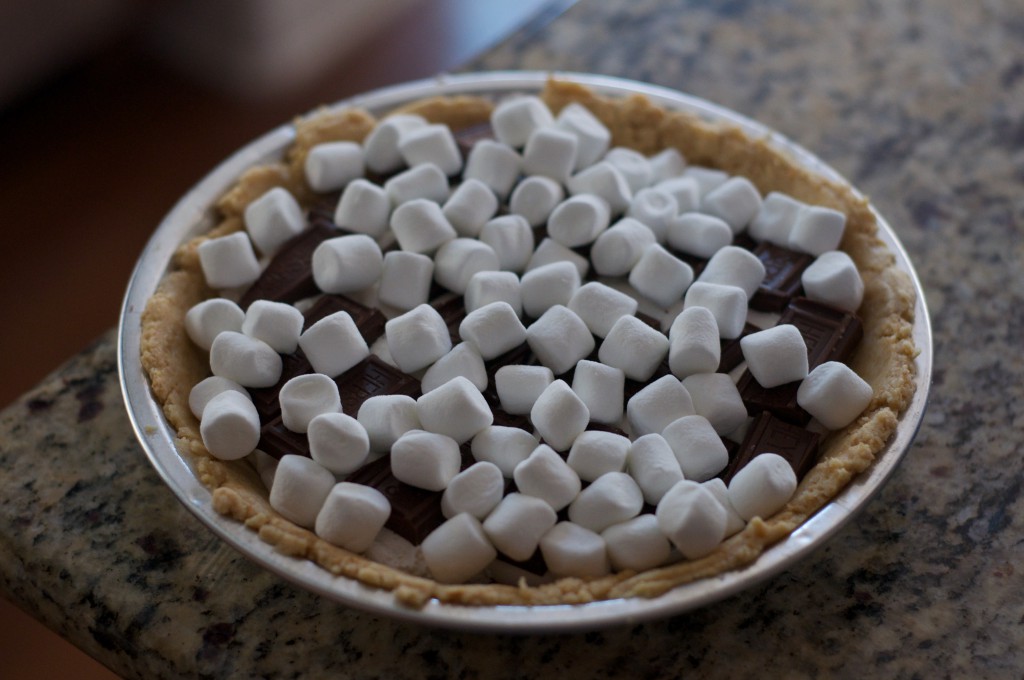 The Graham Cracker crust is then added to the top as well. 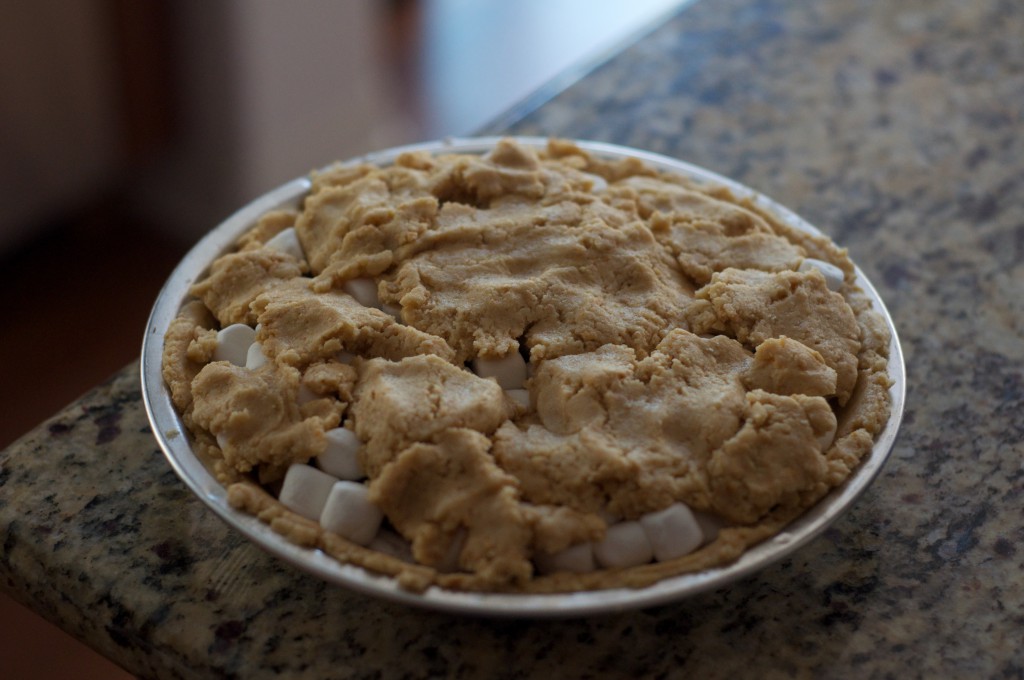 And chocolate chips are added to the top. This bad boy is ready to go into the oven! 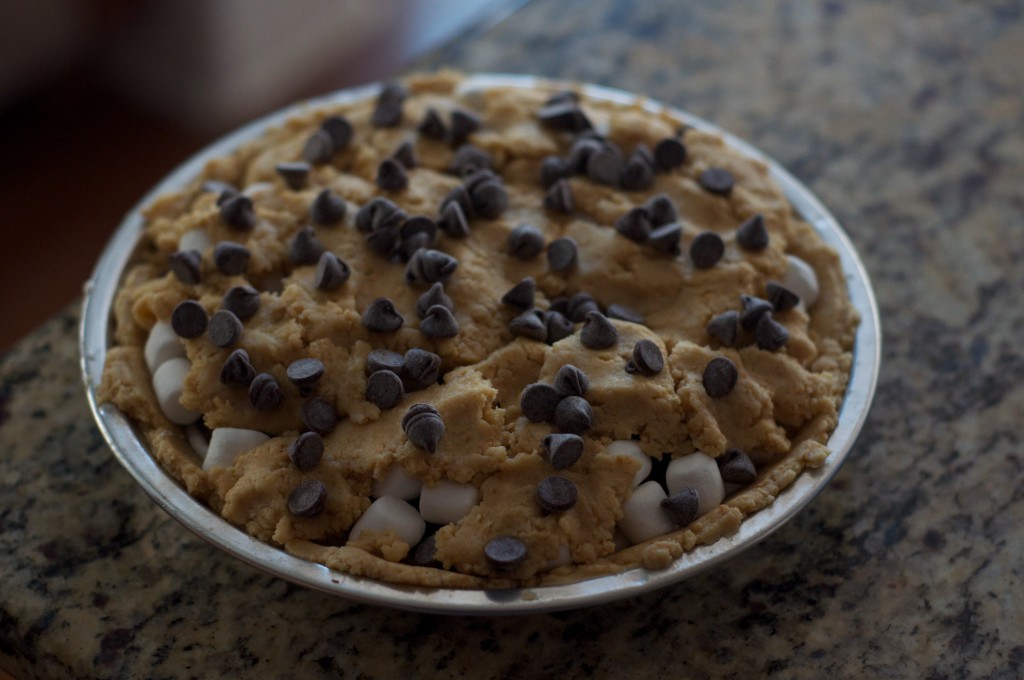 After its cooking, it just smelled delicious. Do you think our friends would notice if it is missing a slice? Unfortunately, it needs to rest before slicing otherwise you would just have a glop of food on your plate and a catastrophe remaining in the pie tin. 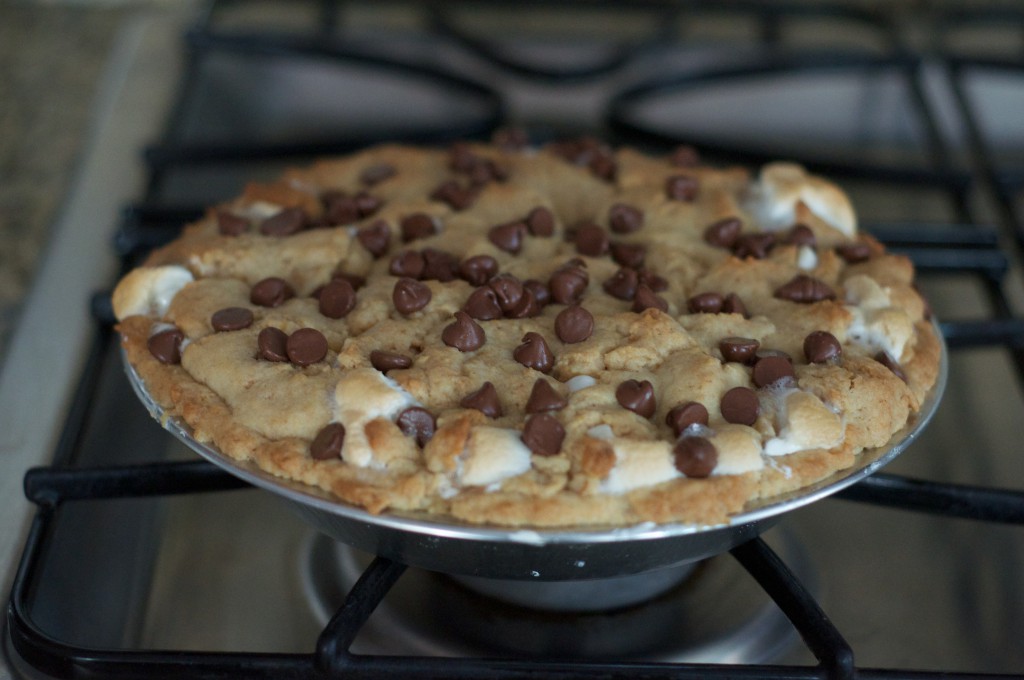 This dessert, though amazingly delicious, is also very decadent.  I highly suggest cutting small slices for the first serving. 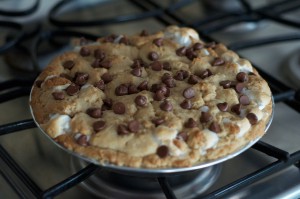