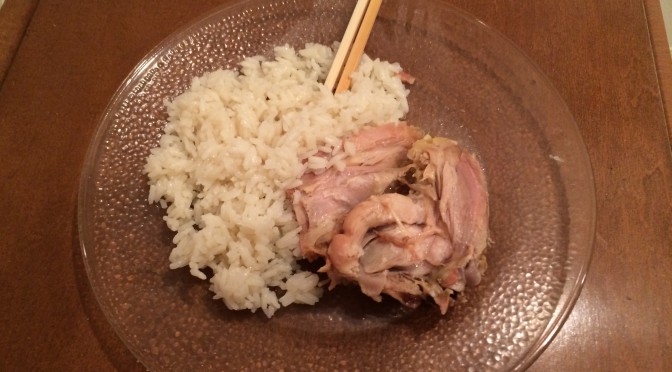 I had some coconut milk leftover after making a few other dishes.  I wasn’t sure what to do with the rest of it since I don’t make very many dishes that use coconut milk.

I love rice in general.  I love sticky rice (in sushi), Spanish rice, rice in burritos, fried rice etc.  I even love Rice-A-Roni (yes, I know how unhealthy that stuff is).  I decided to try adding the rest of the coconut milk to some long grain rice that I already had at home.  The result was amazingly delicious rice that wasn’t overpowering.

I paired the rice with a chicken thigh from a Costco rotisserie chicken. The rice is fantastic as a side, but does not have enough flavor/salt to be eaten by itself. 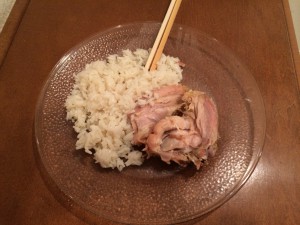 Print
Cook time
1 hour
Total time
1 hour
Recipe type: Side
Serves: 2
Ingredients
Instructions
Notes
* Cooking the coconut milk down to the deep brown color gives the rice a nice rice color. However, the rice still tastes delicious even if it doesn't have this nice color.
3.3.2998