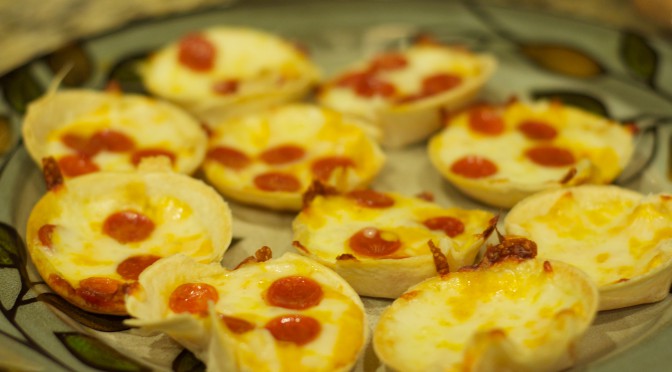 These “pizzas” are made by cutting tortillas into little smaller circles and then putting them in muffin tins.  The little tortillas are then filled with sauce, cheese and whatever other toppings are desired. 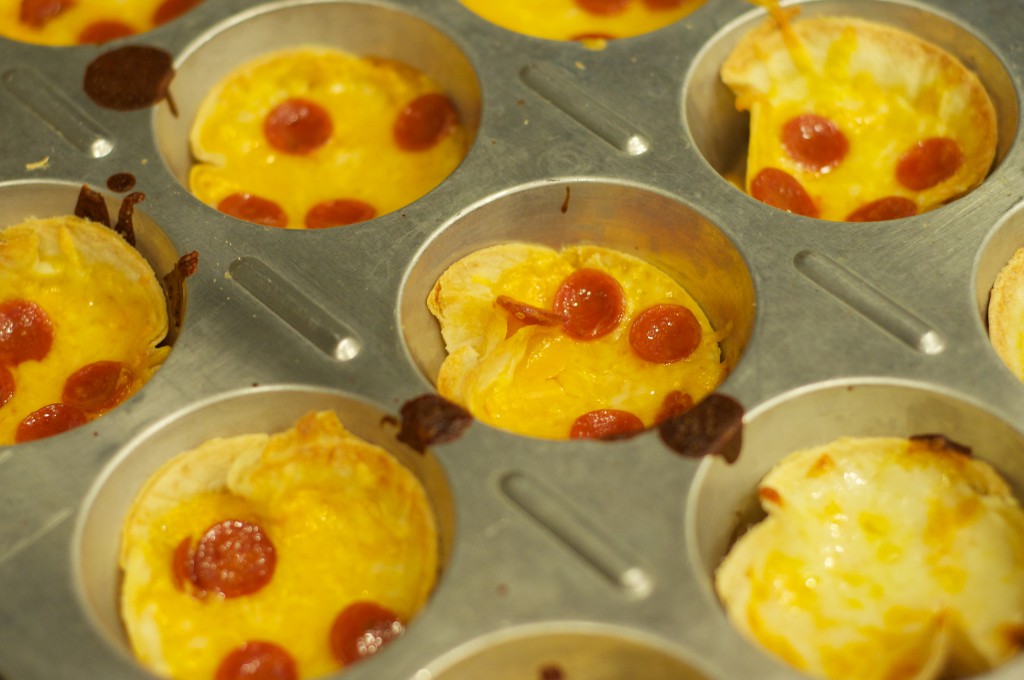 I made the little tortilla “circles” by using the top of a can of salmon.  On this can of salmon, there is a side that has a “sharper” edge, and the bottom, which has a dull, rounded edge.  I used the “sharper” edge to make the tortilla circles.  When Mike first started helping me make these tortilla circles, he used the duller edge for some reason and then started complaining about how difficult it was.  I rotated the can by 180 degrees.  For some reason, he then flipped the can over and started using the other side again.  I think he wasn’t really paying attention when I showed him which side to use. 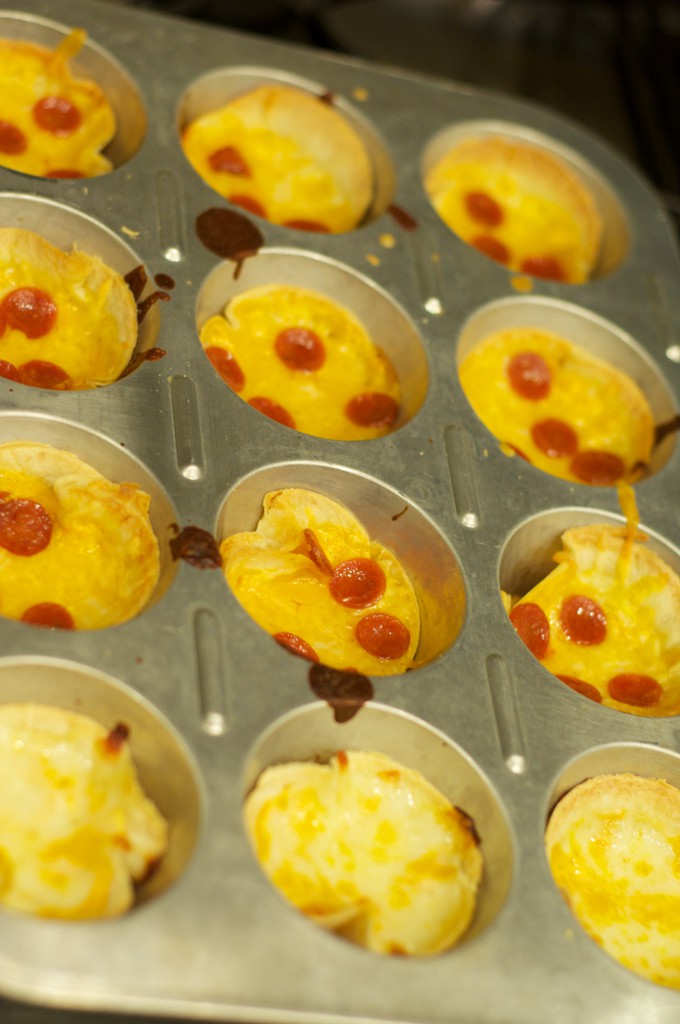 Mike seemed to really liked these mini pizza.  The best part is that since you are making so many small pizzas, you can essentially make a variety of pizzas, using up leftovers that are in the refrigerator.  I only ended up making cheese and pepperoni pizzas here since I don’t like pepperoni and Mike loves pepperoni.  It also didn’t hurt that I was trying to get rid of mini pepperonis. 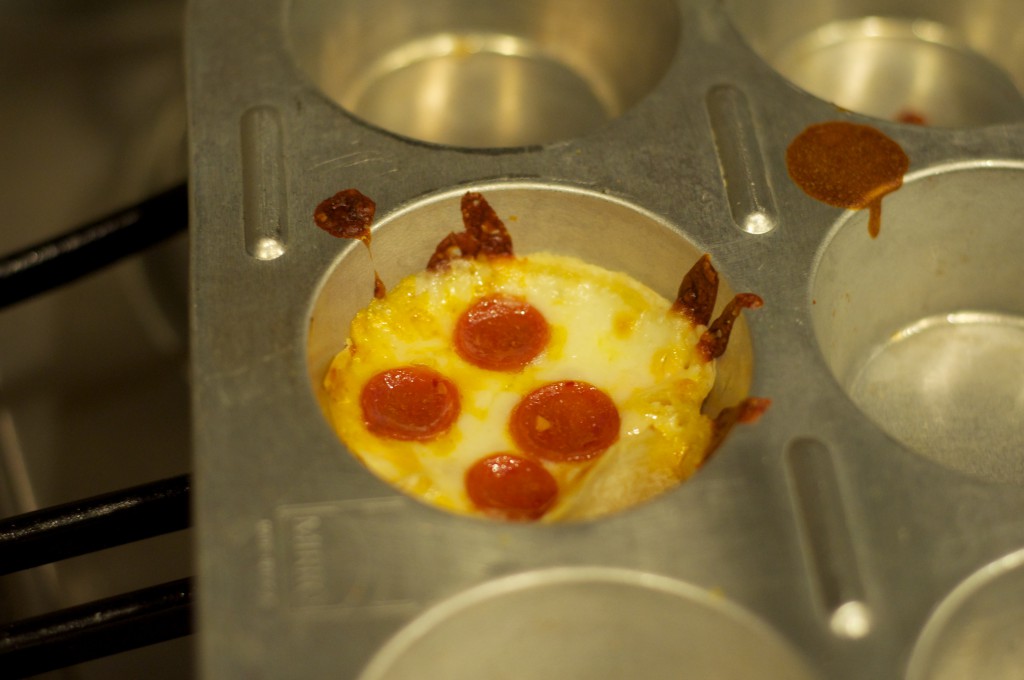 The sauce can be a little overwhelming, if you use a whole tablespoon for each mini pizza.  Mike thought it was the perfect amount, but that may be just because he had mini pepperonis to balance out the flavor of the sauce.  I felt like there was too much sauce.  On the other hand, I don’t like a lot of sauce on my pizzas. 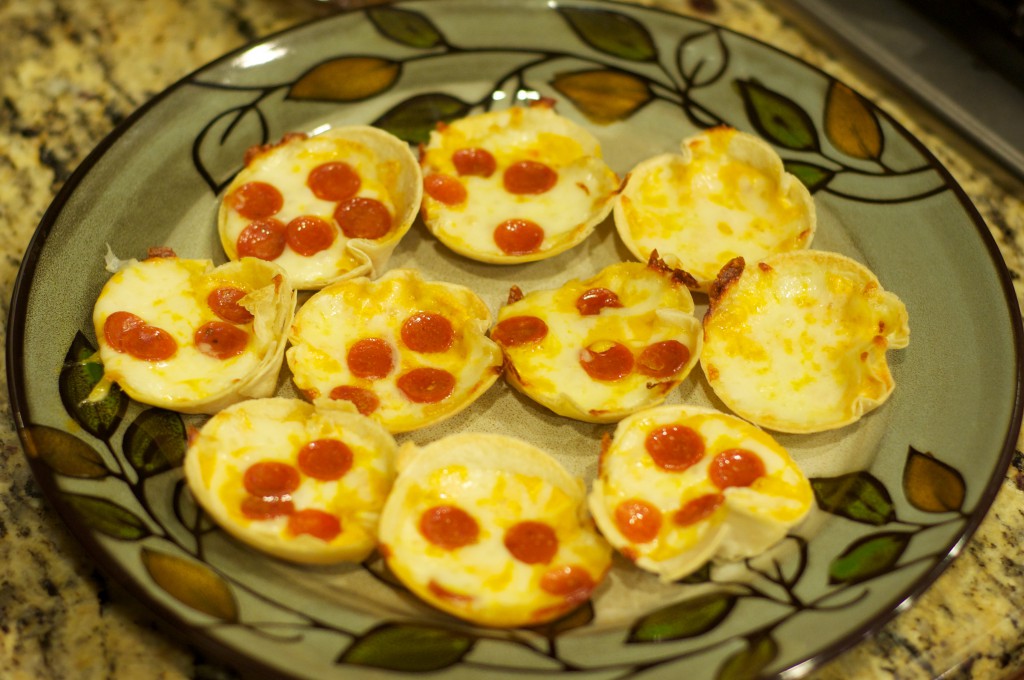 I used Awesome Sauce on these mini pizzas, but you can use your favorite pizza sauce instead. 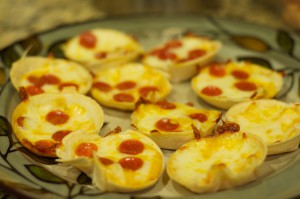