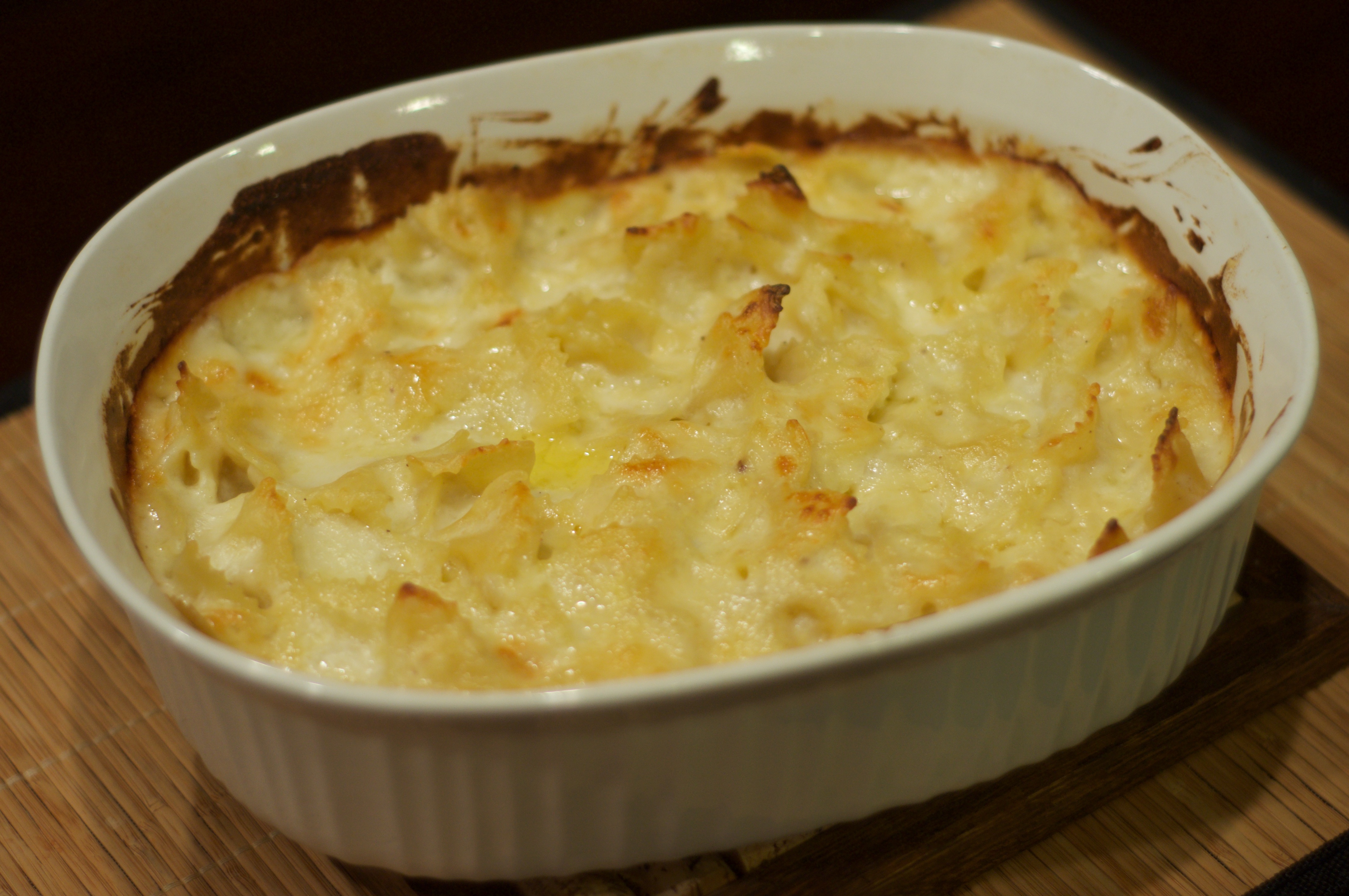 Cheddar and Gruyere Farfalle and Cheese 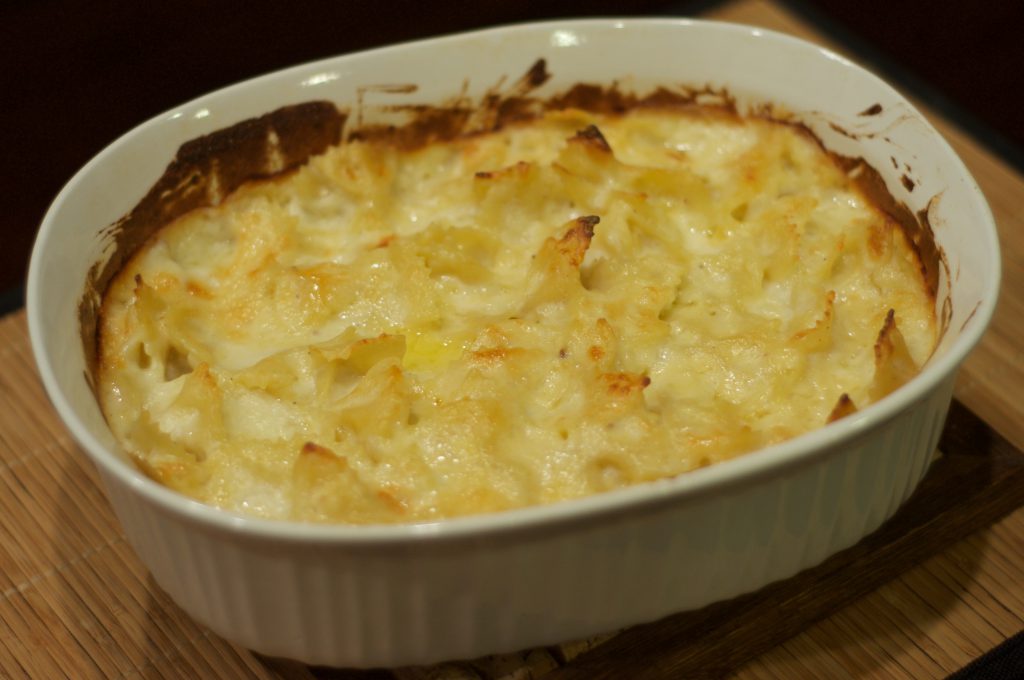 I used to love the mac and cheese in the blue box.  The “fun shapes” were the best boxes.  It wasn’t that I cared that much about the shapes.  The boxes with the fun shapes were about 5.5 oz.  The (traditional) boxes with macaroni had 7 oz.  As a result, the fun shapes box had more “cheese sauce” for to coat the smaller amount of pasta. 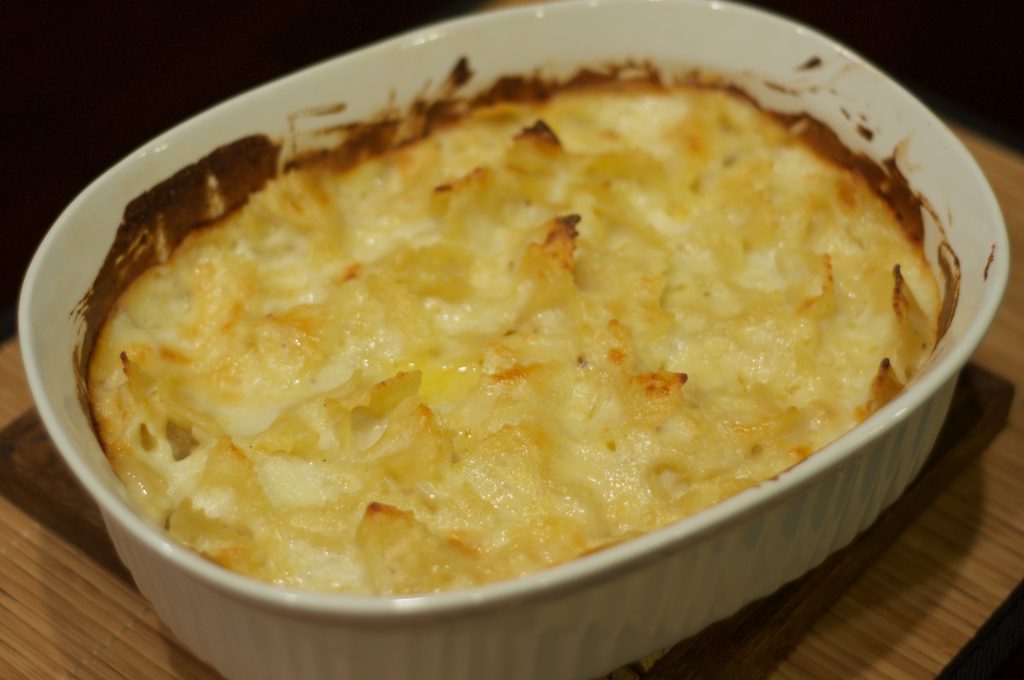 My coworker received a quite a few blocks of cheese from a friend.  He gave me some Cheddar and Gruyere Melange from Trader Joes since he couldn’t finish all the cheese he had been given. 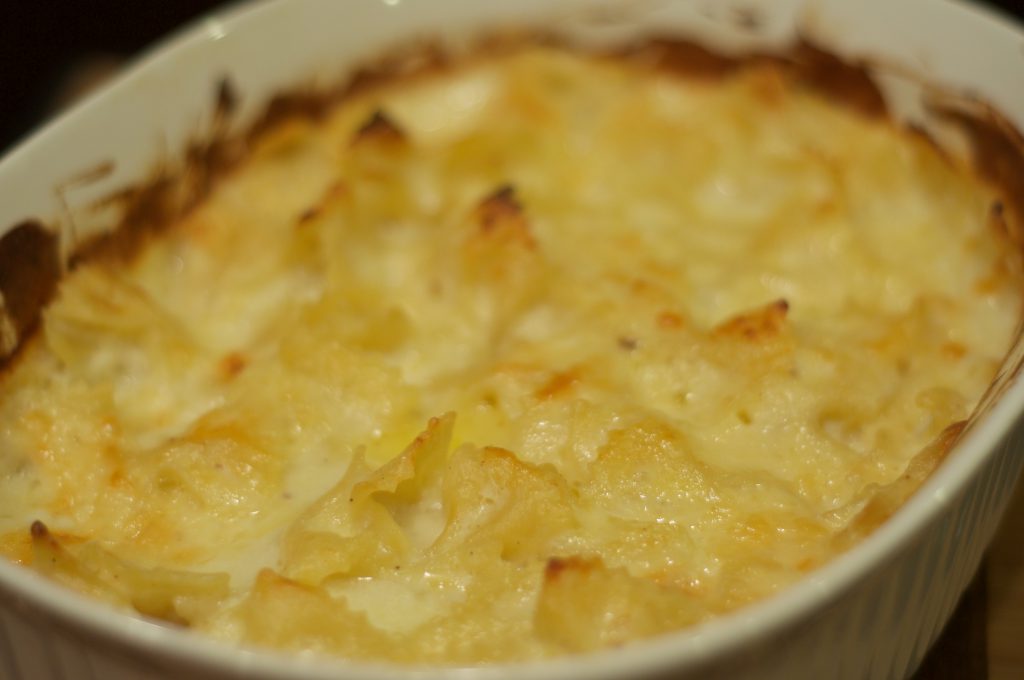 I was trying to figure out what to make with it, and decided that mac and cheese is pretty simple.  I normally make mac and cheese with cheddar, but I had seen recipes which included gruyere as well. 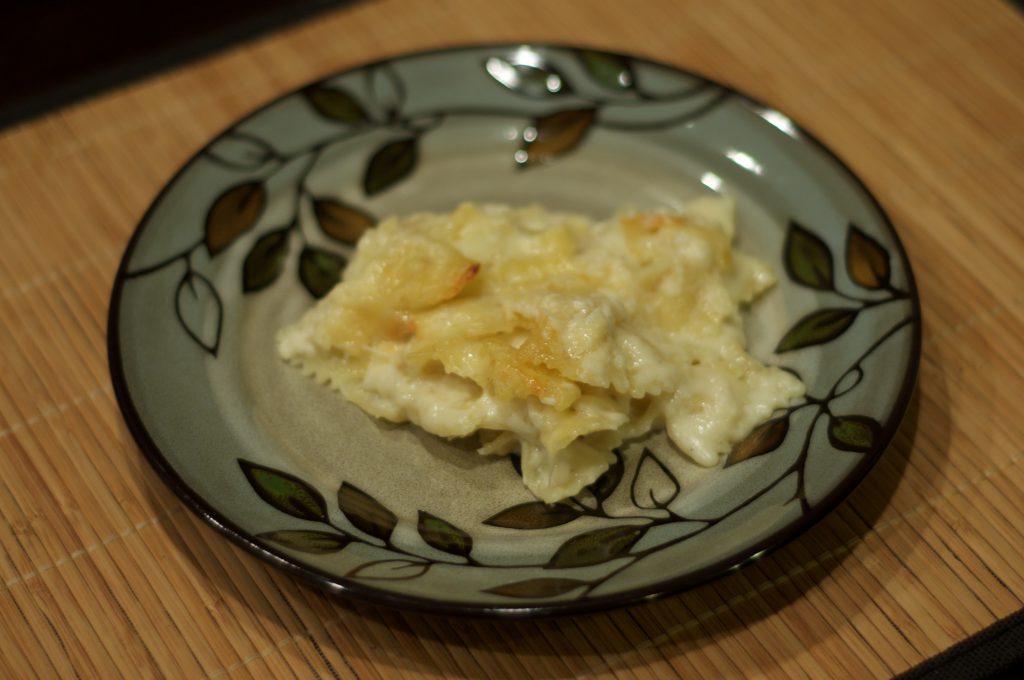 I’m not a big fan of macaroni, so I don’t have any at home.  I prefer the taste of farfalle (bow tie) pasta instead.  Of course you could make this recipe with macaroni instead.  I’m sure it will still be delicious. 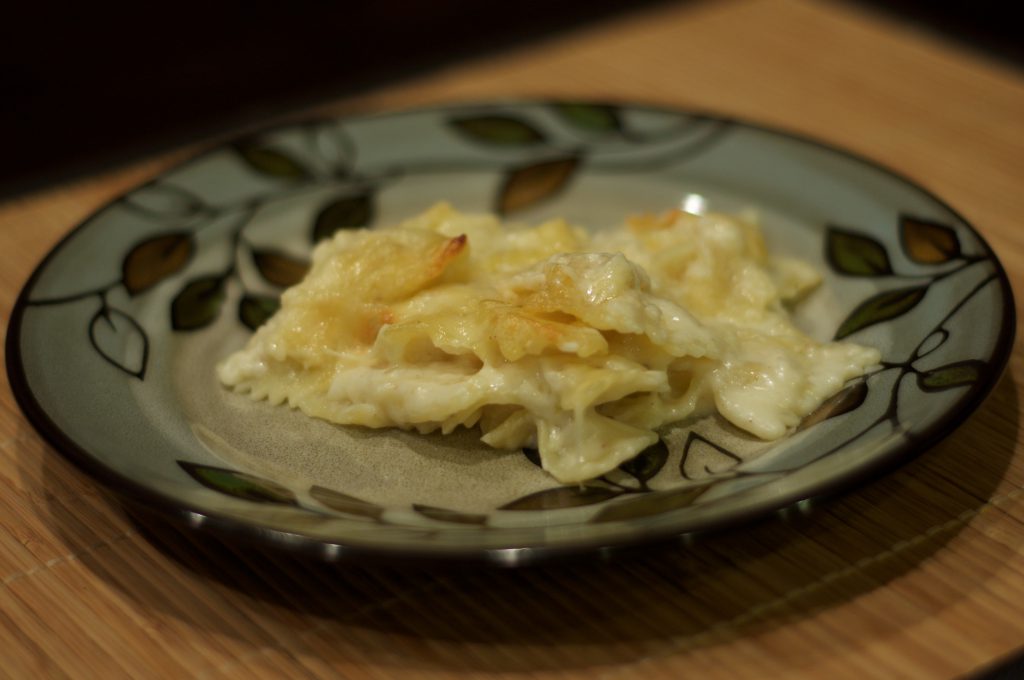 This dish is not for people who are on a diet.  It’s a pretty rich dish.  I suggest including a small portion as part of your meal.  I really couldn’t eat a large portion of this dish, since it was so rich. 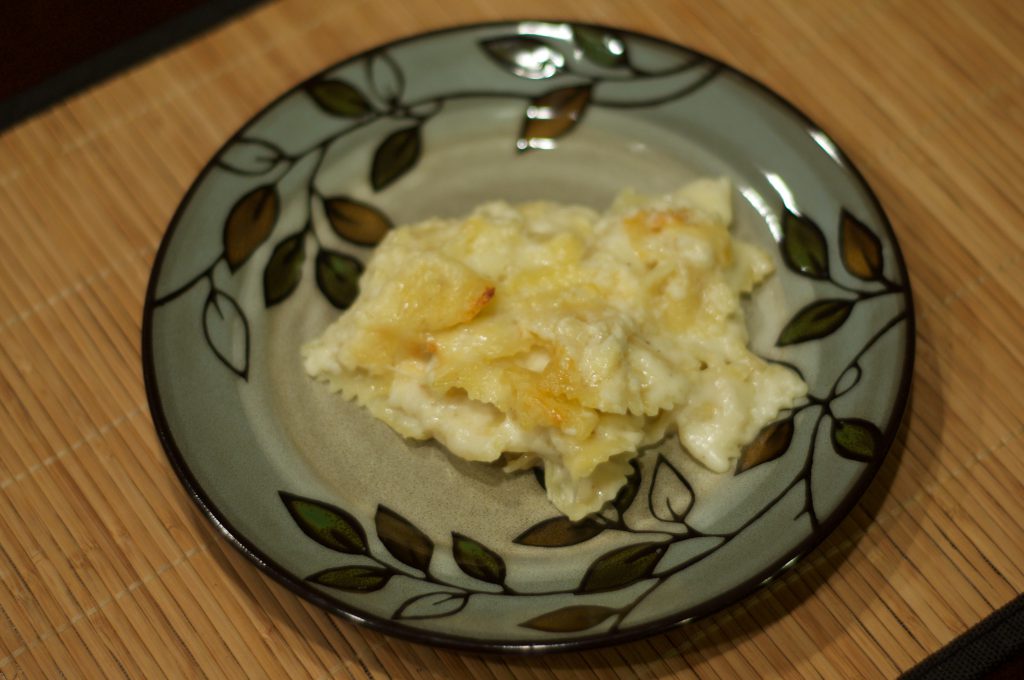 Even though this dish is pretty rich, it’s the BEST mac and cheese that I have ever had.

Cheddar and Gruyere Farfalle and Cheese