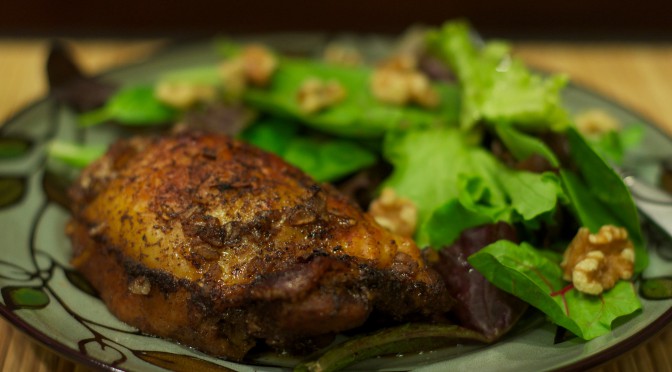 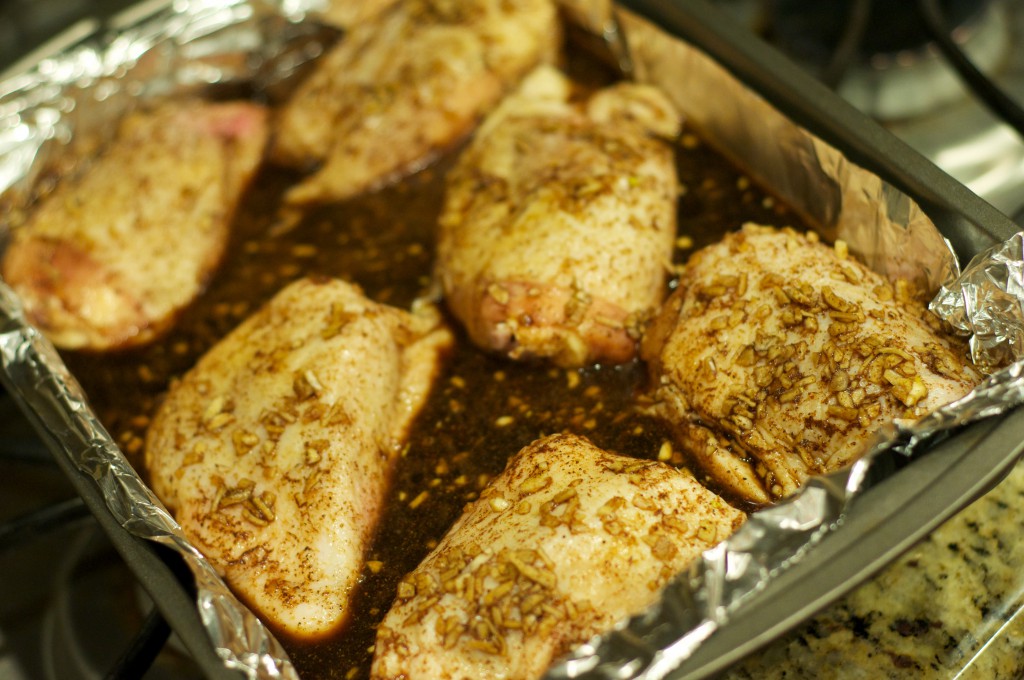 I did have to go buy some cola from the grocery store.  It only uses a cup of cola, but I didn’t have any at home since I am trying to stay away from drinking soda.  I went to the grocery store, but apparently they only sell the cans of soda in six packs or more.  I couldn’t find the section where they sell individual cans.  I know that somewhere, in the refrigerated section, they sell the 20 ounce bottles, but I couldn’t find them. 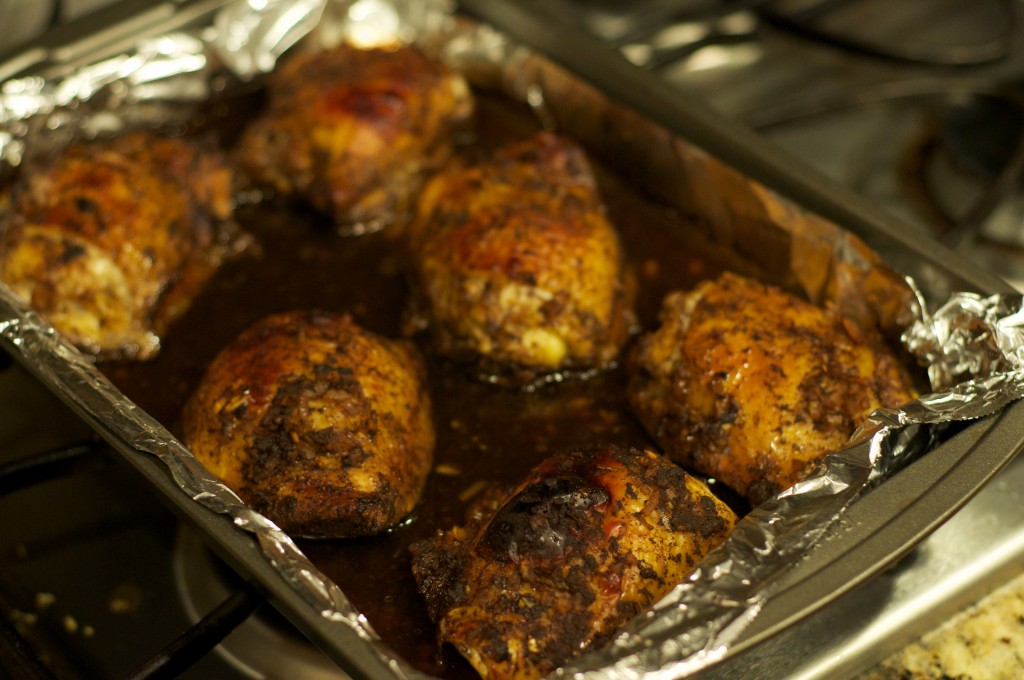 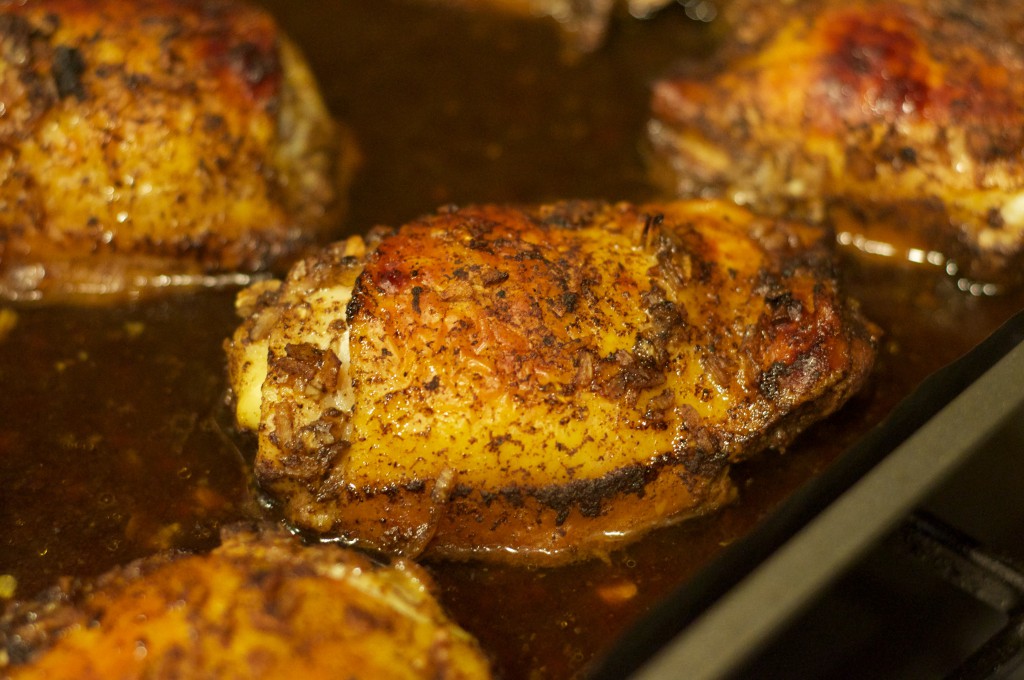 The chicken turned out to have a very strong flavor.  I thought it tasted strongly of cumin, but Mike thinks the flavor was from the five spice.  The recipe did call for 2 tablespoons of five spice, which is quite a bit. 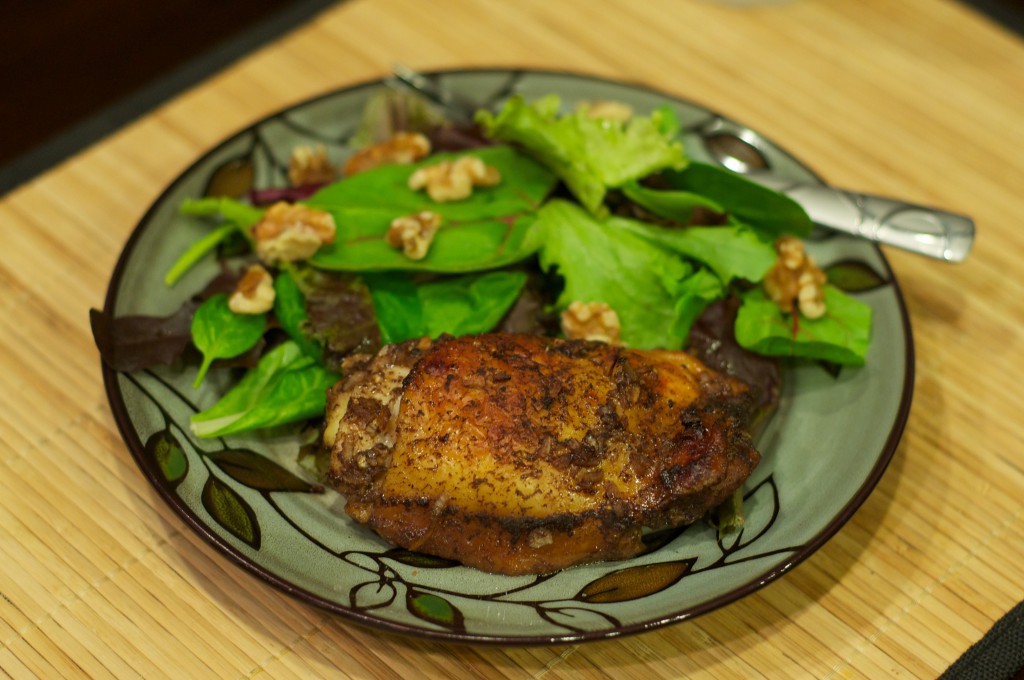 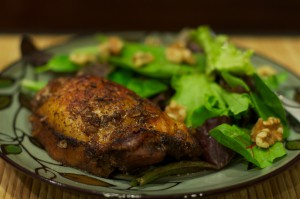 Adapted from Ceviche by Martin Morales