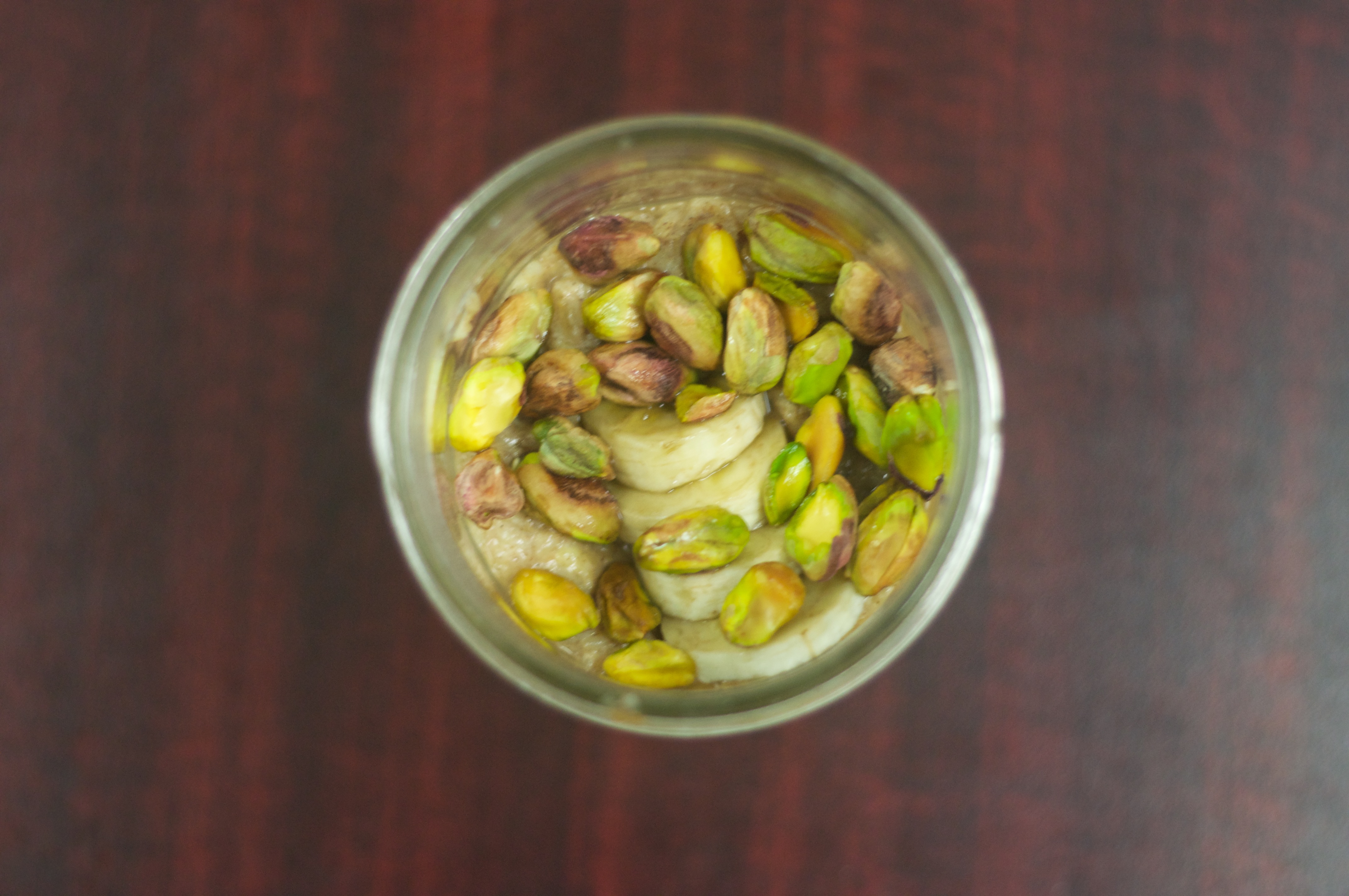 I love baklava!  It’s this amazingly delicious Greek dessert.  I don’t know exactly what is in it, but it contains phyllo dough, is sweet and sticky.  I’ve heard that it contains honey, pistachios, cinnamon and is a lot of work to make.  Perhaps one day I will make it, but for now, I will just buy it from a Greek restaurant instead. 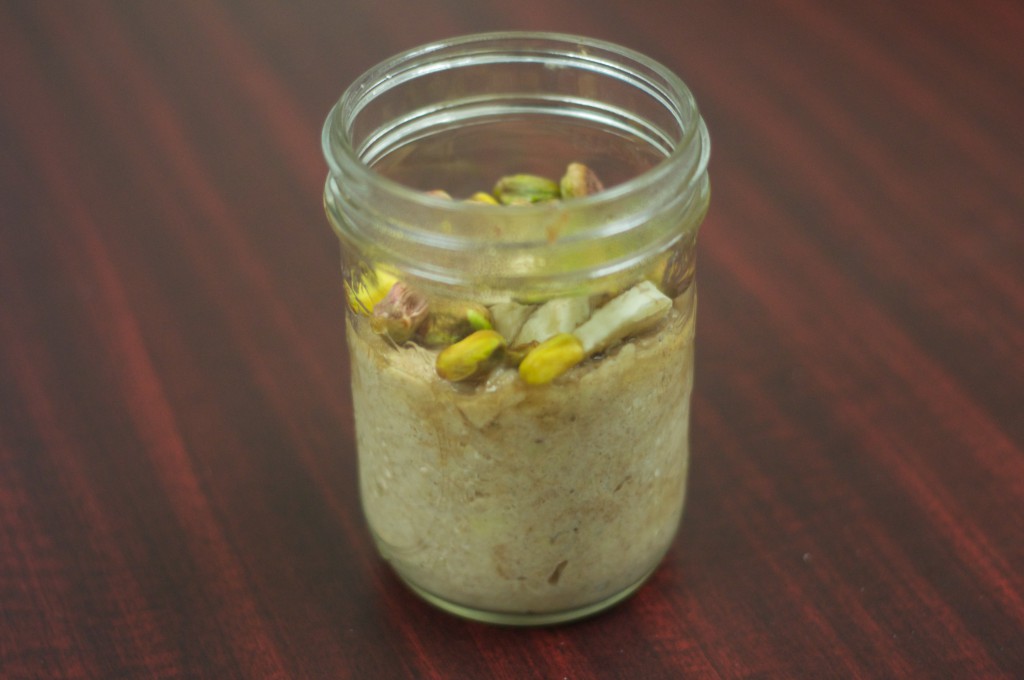 That doesn’t meant I can’t try to make an oatmeal with all of the same flavors as the dessert.  This is much healthier than the dessert because it’s oatmeal. 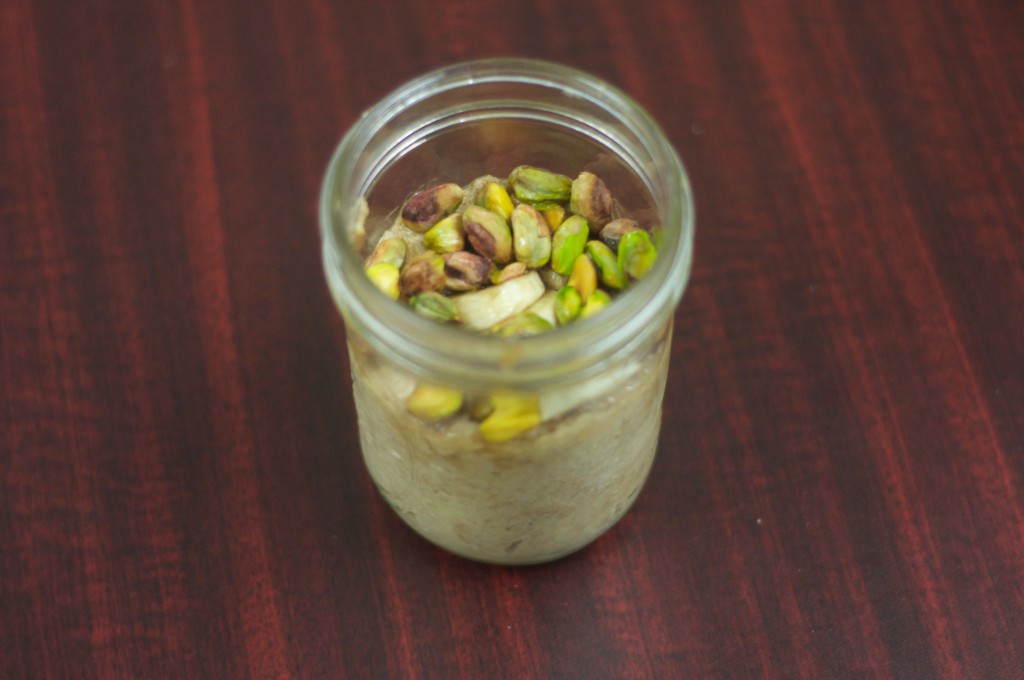 Yes, this oatmeal does contain honey in it, but it only has a small amount of sweetener in it.  A banana is used as the main sweetener for this dish. 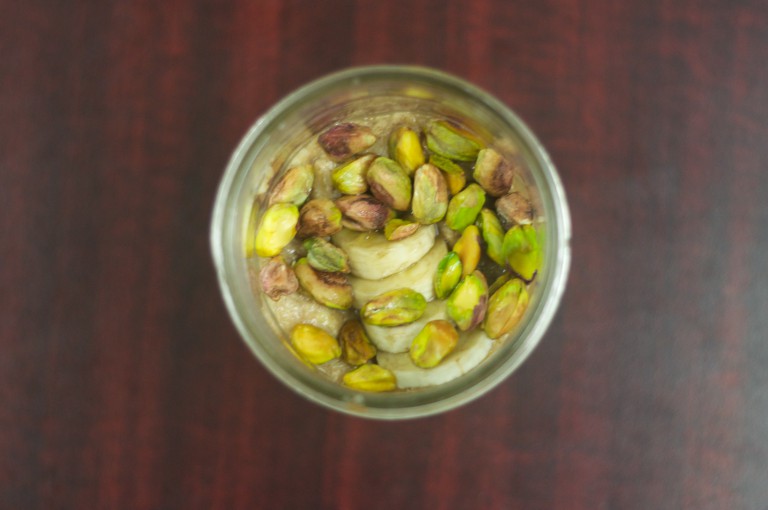