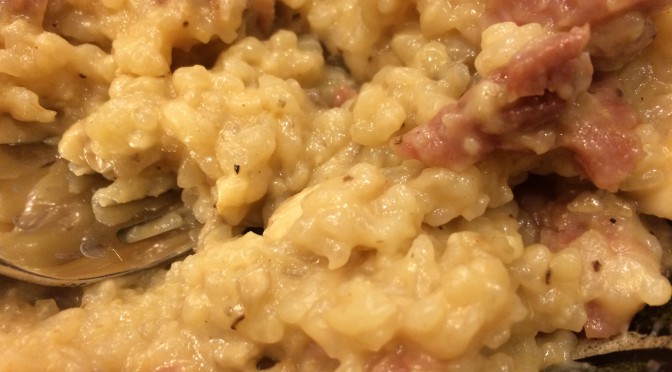 I love risotto.  It’s just so full of “creamy” delicious rice!  Some argue that is is hard to make and requires a lot of time and effort.  It definitely takes a lot of effort, but is well worth it.

This recipe is also a great way to use up that leftover Thanksgiving ham!  I realize that most people eat turkey for Thanksgiving.  However, Mike loves ham and is not as big of a fan of turkey.  I don’t really like turkey, so we “compromised” and had ham on Thanksgiving. 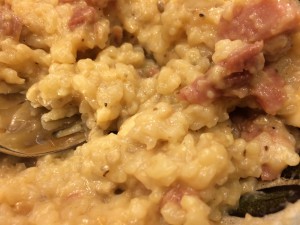