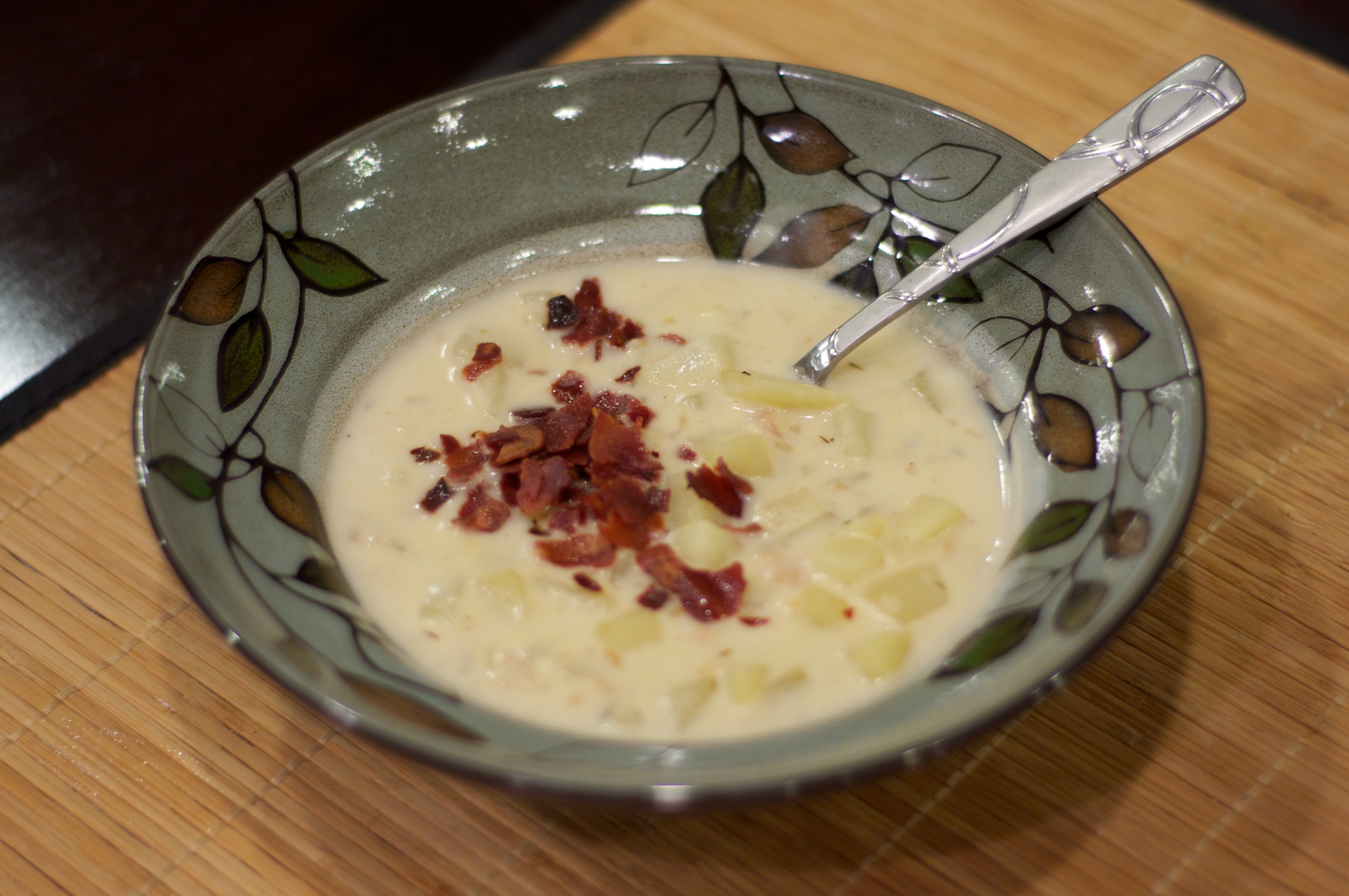 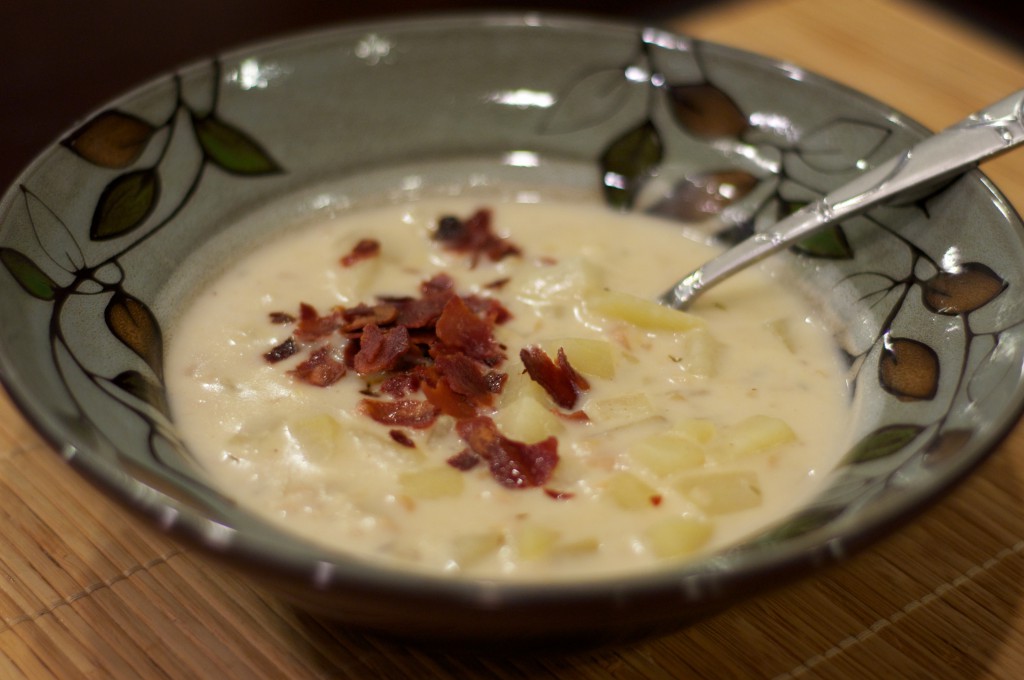 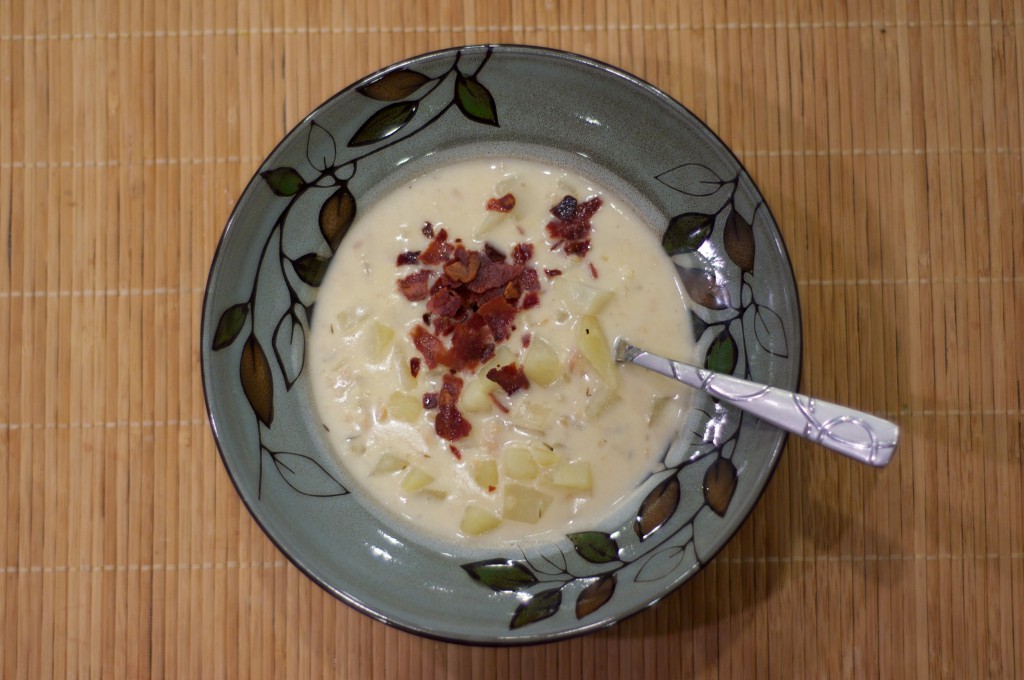 I decided to try to make my own clam chowder at home.  This clam chowder may not taste the same as any that I’ve had at a restaurant, but it is amazingly delicious. 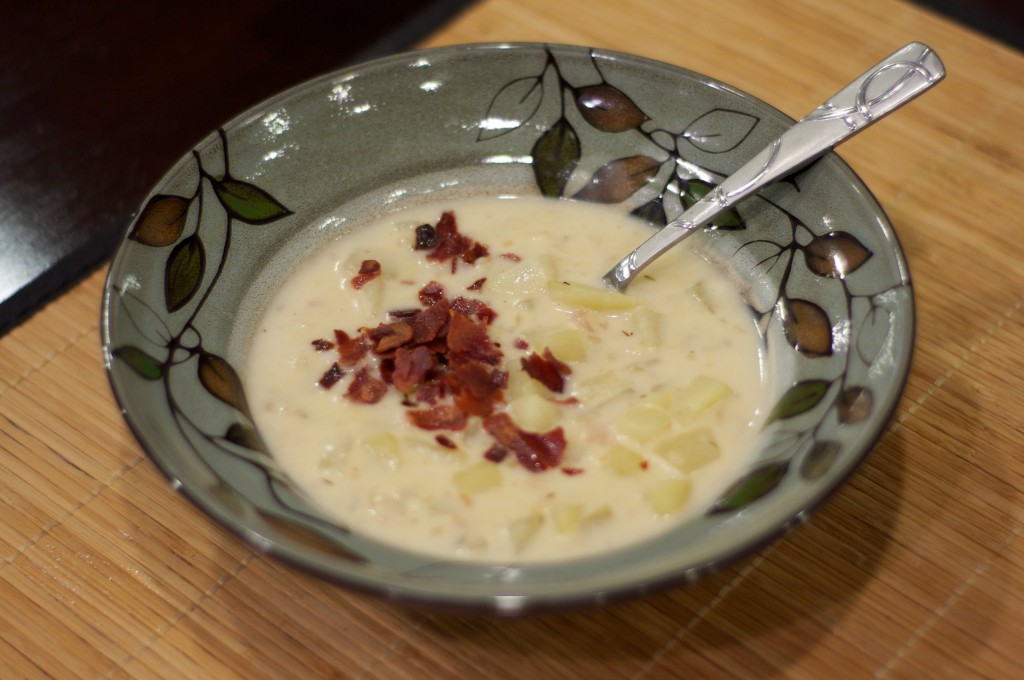