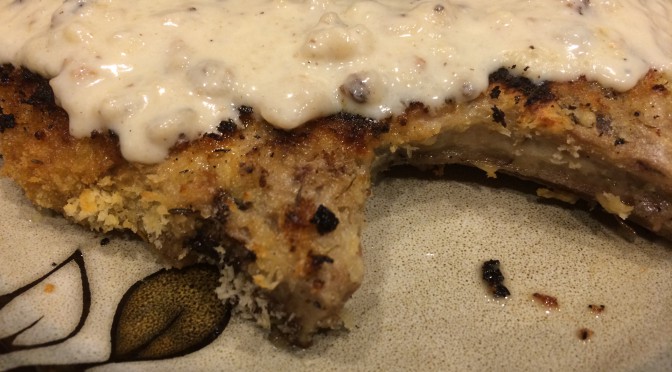 The grocery store had a sale on pork, and I might have gone a little overboard with my purchases.  Mike doesn’t like pork, so I don’t normally buy it.  However, he was gone this week, so I figured I would make a bunch of pork recipes while he was gone.  Of course I didn’t have any pork recipes in mind when I made the purchase.    This is not a good idea when you buy multiple pork loins, a rack or two of ribs and a big package of pork chops. 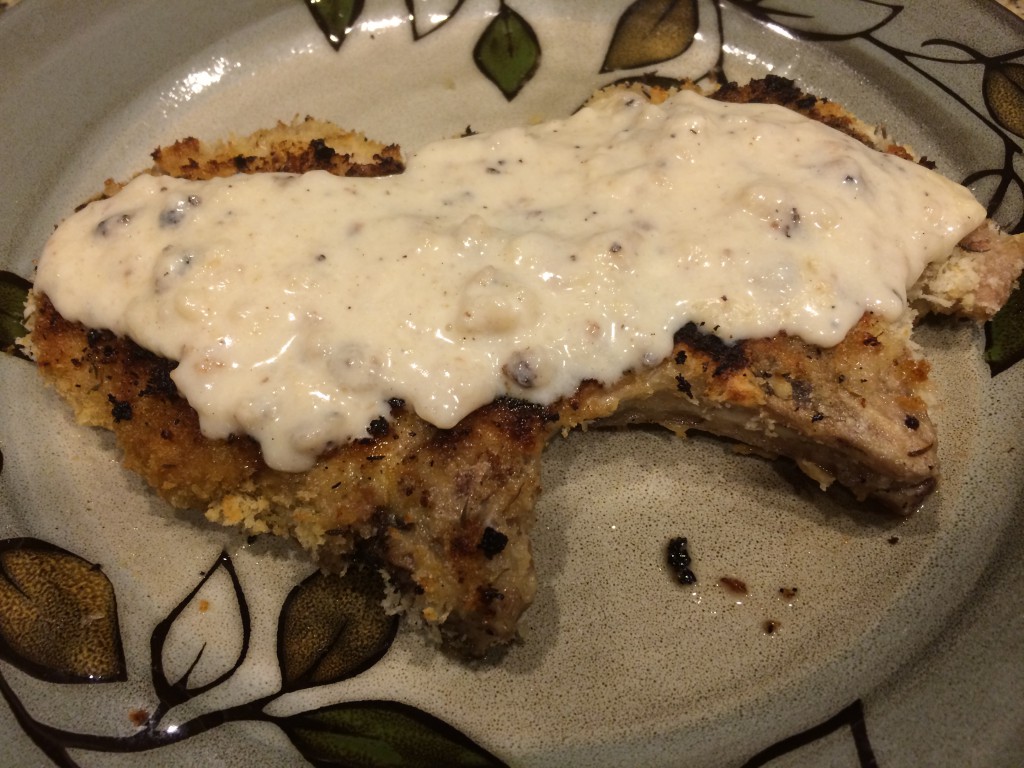 We never really had gravy growing up.  This is probably because gravy isn’t very healthy.  It’s also possible that my mom never knew how to make gravy.  I always associated gravy with the brown stuff in the can that you put on top of your turkey at Thanksgiving.  As a result, I find that my gravy making skills leave a little bit to be desired.  I don’t know why/how, but my gravy usually turns out rather lumpy.  That just means that I need to practice making more recipes which include gravy!  After all, they do say that “practice makes perfect”. 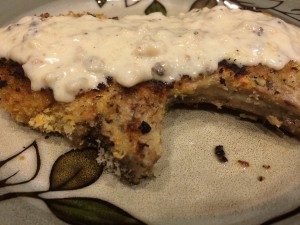 Adapted from Moms Who Think