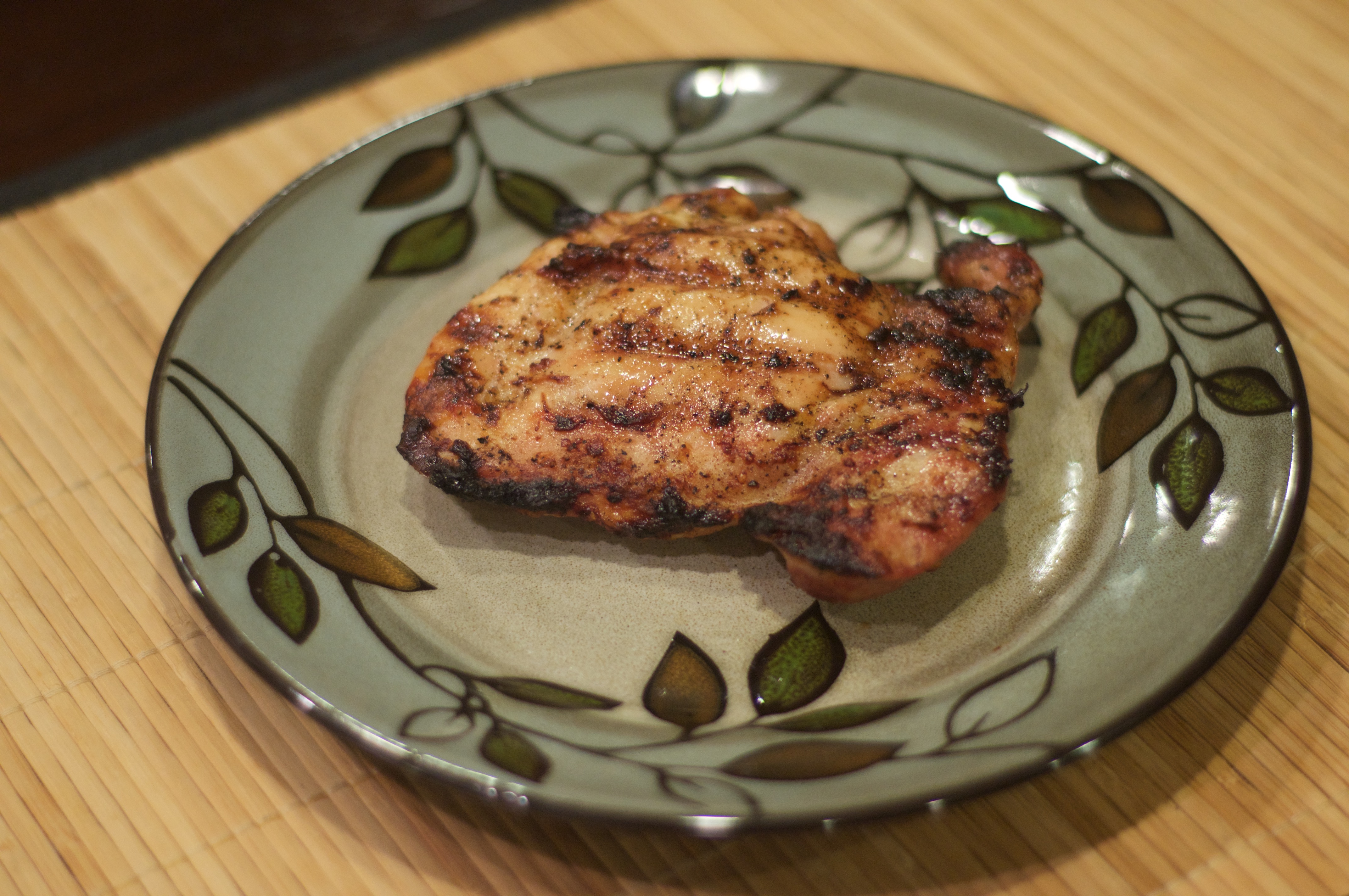 I actually traditionally, have never really been a huge tequila lime fan, but decided to give this recipe a whirl. As you may have seen, I have been very keen on grilling stuff on my new Traeger Grill, and we have had a container of Grizzly Joe’s Tequila Lime Seasoning sitting around our house for a while now, so I thought that I would put it to good use. We also happened to have fresh boneless, skinless chicken thighs, so my question of what to make for dinner practically solved itself. 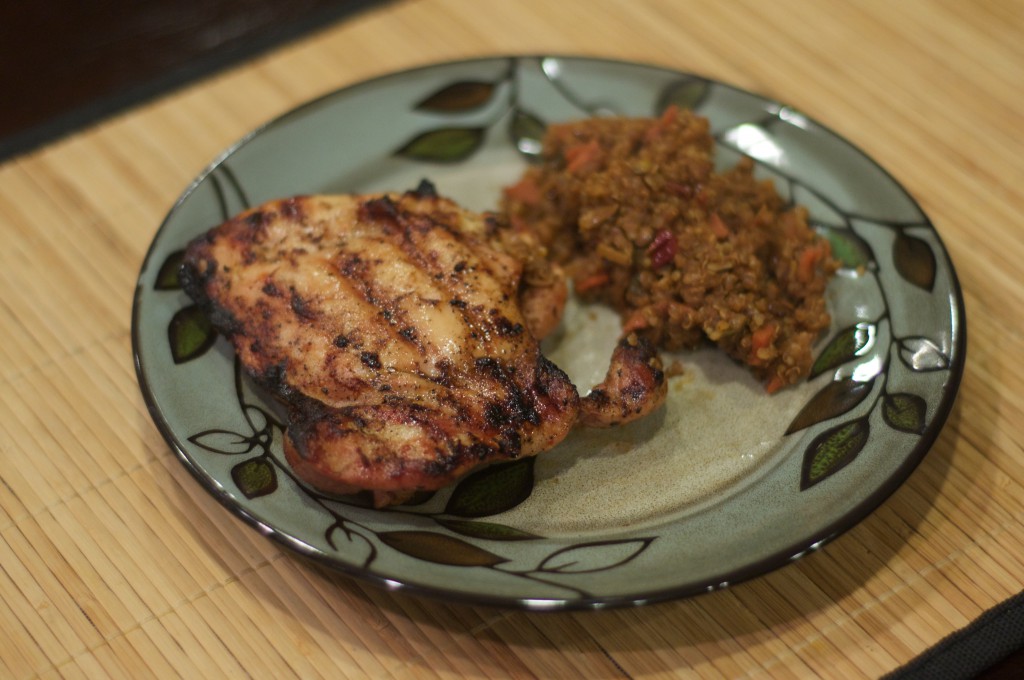 As pictured, I served it with a Quinoa de Peru side, but frankly, wasn’t as big of a fan of this quinoa dish as much as a milder recipe that we normally eat. It is a slightly spicier dish, so Kim helping me eat it was out of the picture. 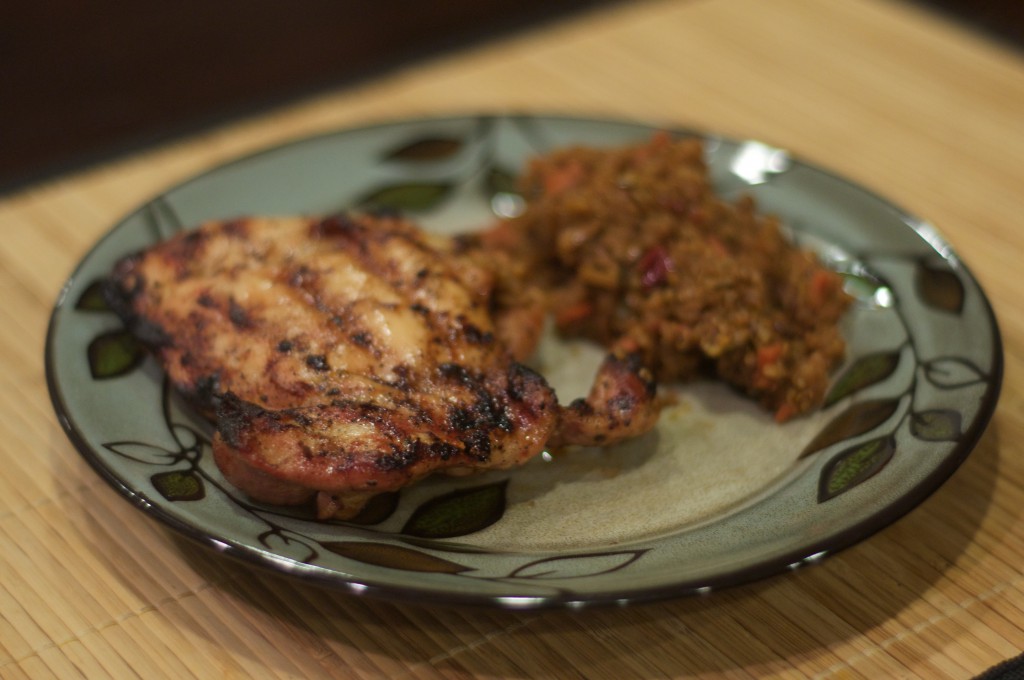 This recipe took a bit more “foresight” than I prefer, as I took the full marinading option, but I was off of work today and had sufficient time to allow. 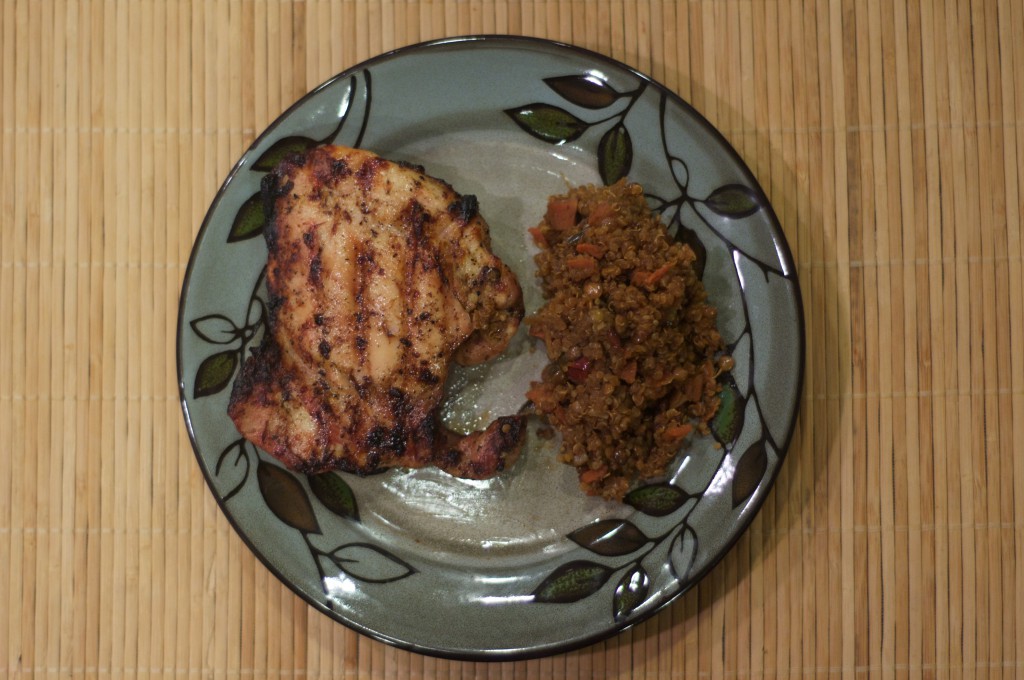 The chicken came out perfectly. I used a meat thermometer to ensure that the chicken hit the safe temperature for consumption and the chicken had a firm outside with a nice and juicy interior. Grilling the chicken on the grill yielded some absolutely beautiful grill marks on both sides, and the meat wasn’t charred. 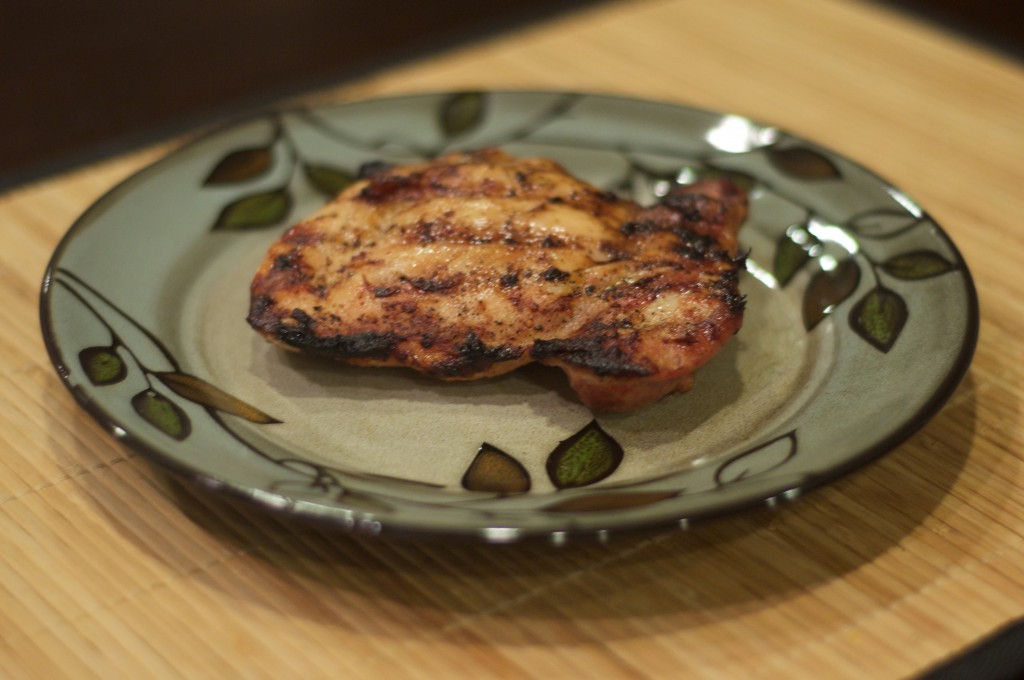 Frankly, I considered this recipe to be a huge success, it was easy and yielded a delicious meal. 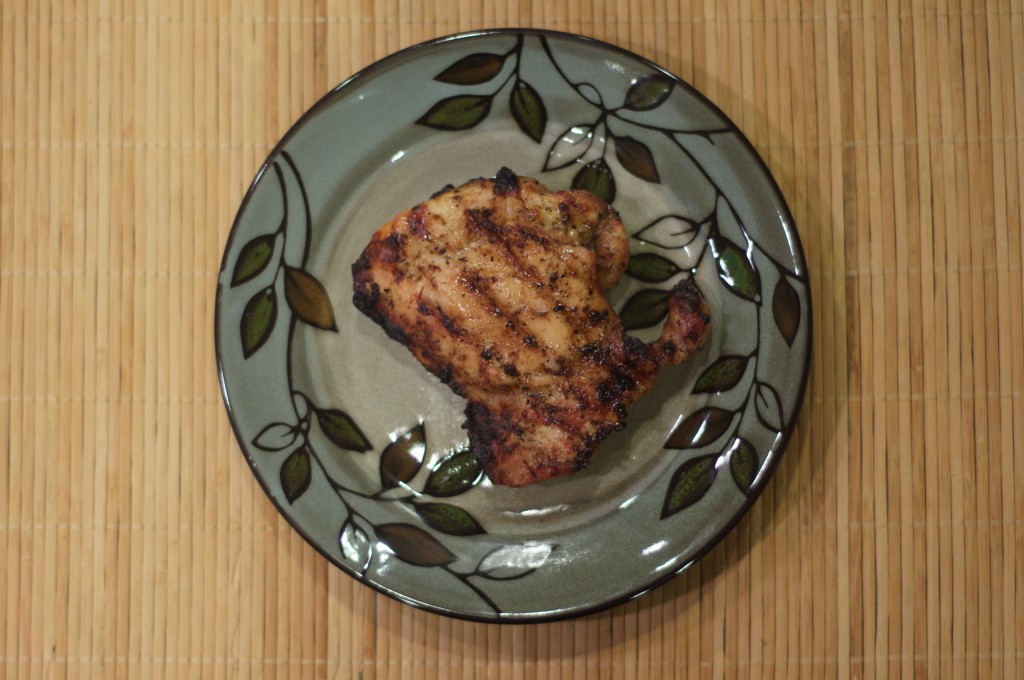 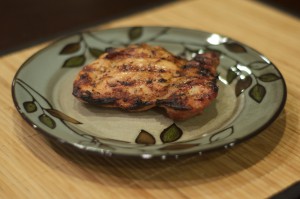