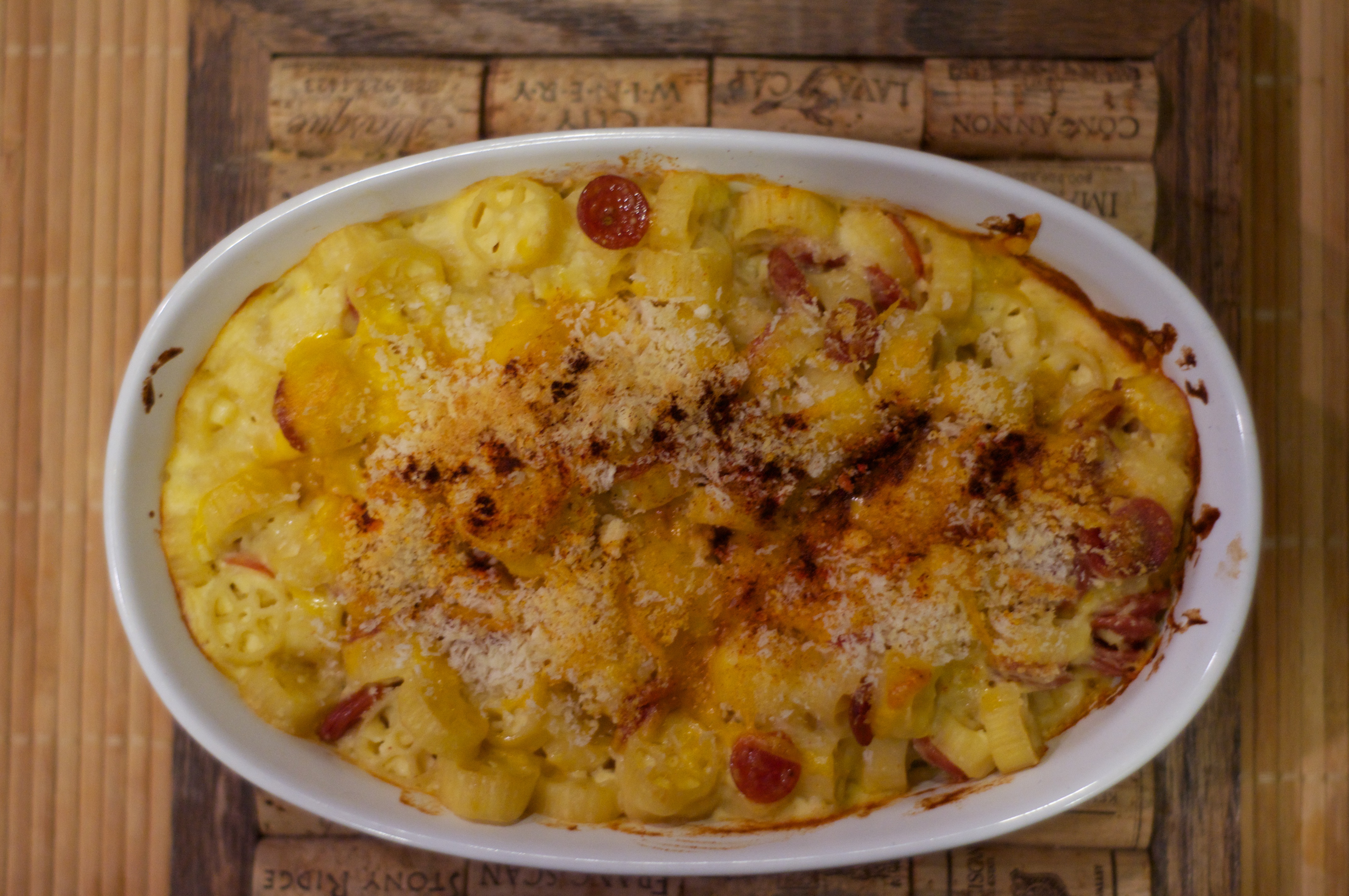 Mike loves mac n’ cheese.  His mom used to make it for him before his hockey games when he was a child.  She made the Kraft kind that came in the blue box.  It had this bright orange color that vaguely resembles the color of cheddar.

My mom also made this mac n’ cheese for us growing up.  She didn’t make it often, because it wasn’t very healthy.  Later on, when I would go to the grocery store by myself, I use to get the Kraft mac n’ cheese with “fun shapes”.  I always thought these tasted so much better than the “regular” kind.  I later realized that this is because the box with the “fun shapes” was only 5.5 oz, but had the same size cheese flavor packet.  The regular kind was 7 oz.  The reason the “fun shapes” tasted so much better was because it had so much more salt and “cheese”.

I decided that I wanted to make mac n’ cheese from scratch.  I figured it wouldn’t be too hard.  All you need is macaroni and cheese, right?  Just two ingredients.  How hard can it be?  Well, for me, it wasn’t that easy.  I tried making mac n’ cheese by boiling some macaroni and throwing some cheddar on it.  It did not taste like the kind I was used to, nor did I like it. 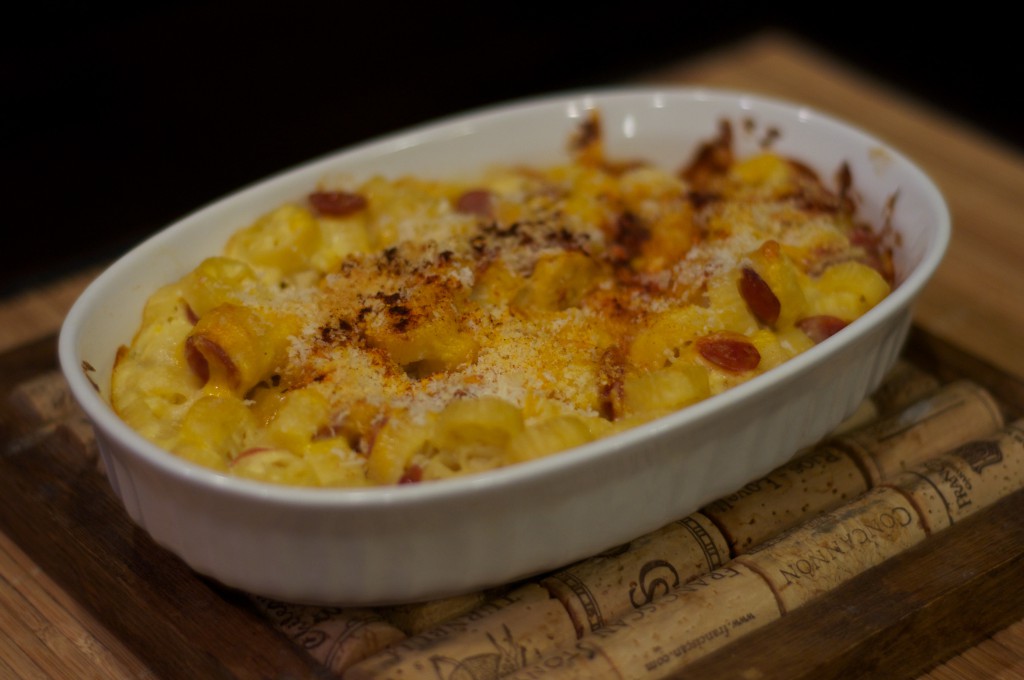 I then started looking for recipes to make mac n’ cheese.  One recipe I found used 2 pounds (total) of 4 different cheeses (3 of which I didn’t have or regularly use), 1 or 2 cups of heavy whipping cream (I don’t remember the exact amount) and a jaw dropping amount of butter for 1 pound of macaroni.

I decided not to make that recipe for obvious reasons (I didn’t want to have a heart attack after eating one bite).  I decided to make a different mac n’ cheese recipe which uses cauliflower (healthy), ricotta cheese (I was trying to use up the rest of this) and cheddar cheese (OK, fine, I was trying to get rid of this too).  I used wagon wheels instead of macaroni because that’s what I had in the pantry.  What can I say, I still love “fun shapes”. 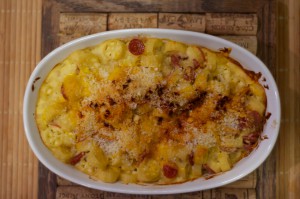 Print
Prep time
15 mins
Cook time
45 mins
Total time
1 hour
Serves: 4
Ingredients
Instructions
Notes
* The directions on my box of pasta stated that I should cook them for 7 minutes in order for them to be al dente. I cooked the pasta for 4 minutes so that they were still hard.
3.3.2998

Adapted from Domesticate Me