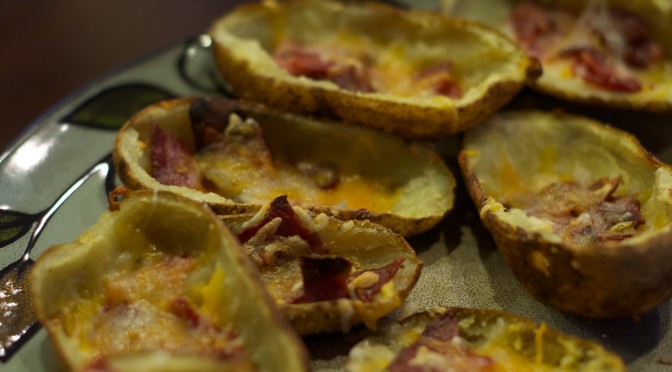 Mike loves loaded potato skins. They are delicious, but very unhealthy, with quite a bit of cheese, bacon and sour cream. I wanted to make some for him anyway (at least at home I can control how much bad stuff is put in it). I was able to use the potatoes that I scooped out to make Shepherd’s Pie. 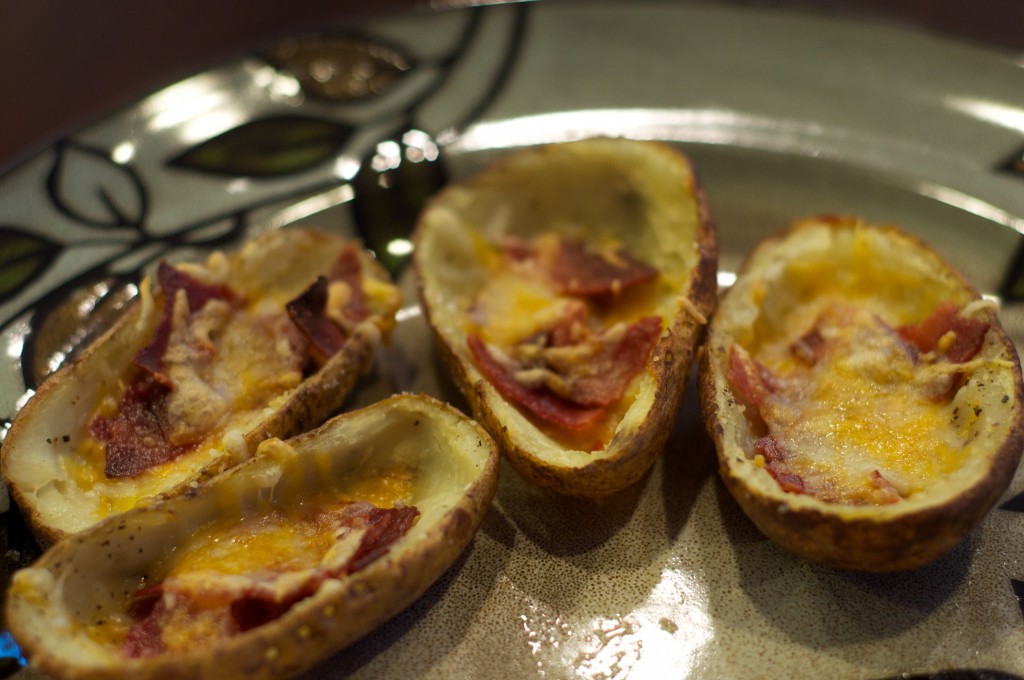 Loaded potato skins are so easy and cheap to make.  Why spend money to buy them at a restaurant?  Another nice feature is that you can use your favorite toppings, not just cheese and bacon, though those two ingredients really do go very well together. 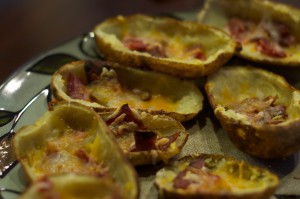