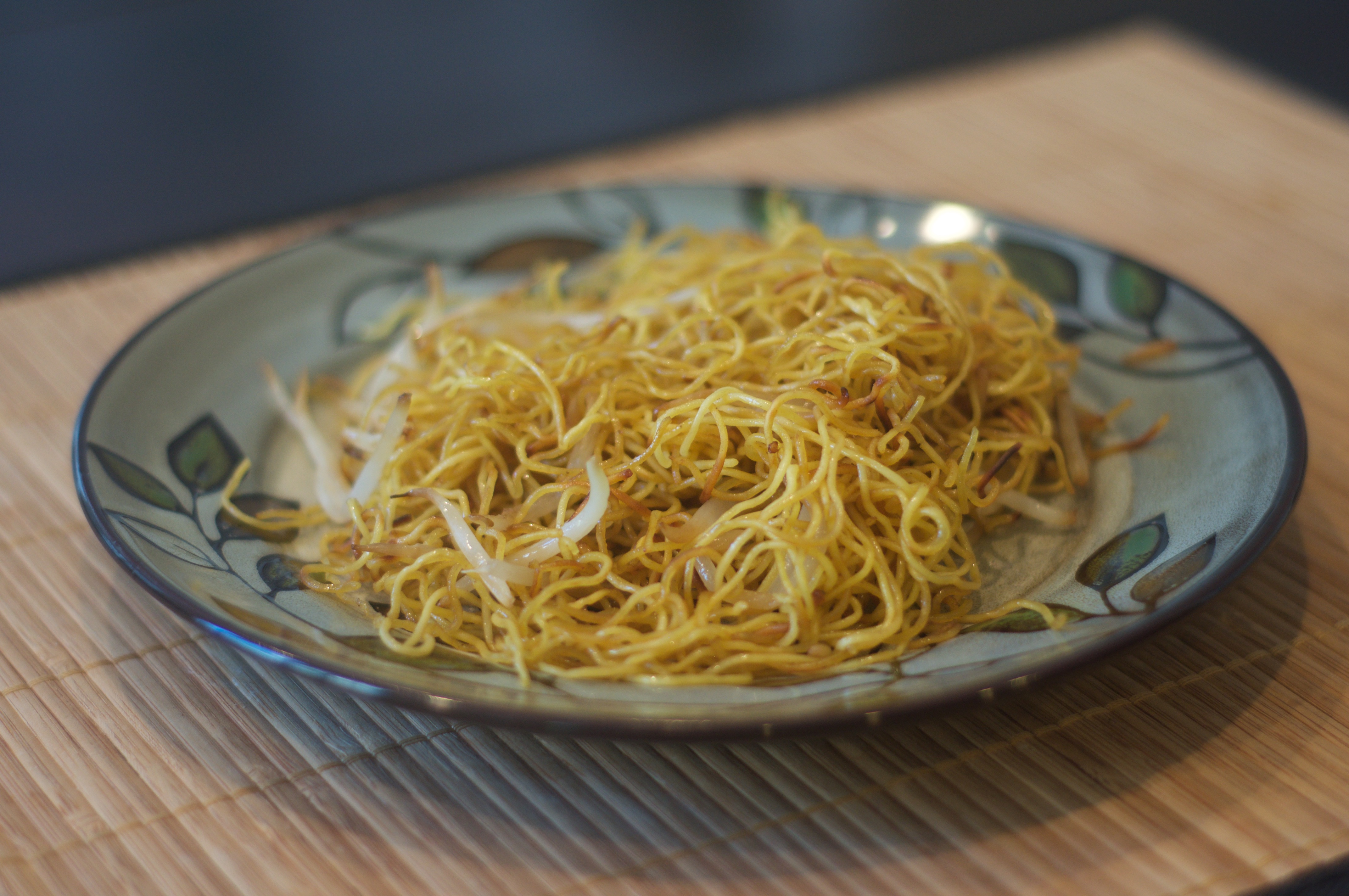 I had some bean sprouts left over from another dish I had made.  I briefly considered trying to stir fry it in oyster sauce or simply just boiling it.  However I didn’t think that Mike would eat either of those two dishes. 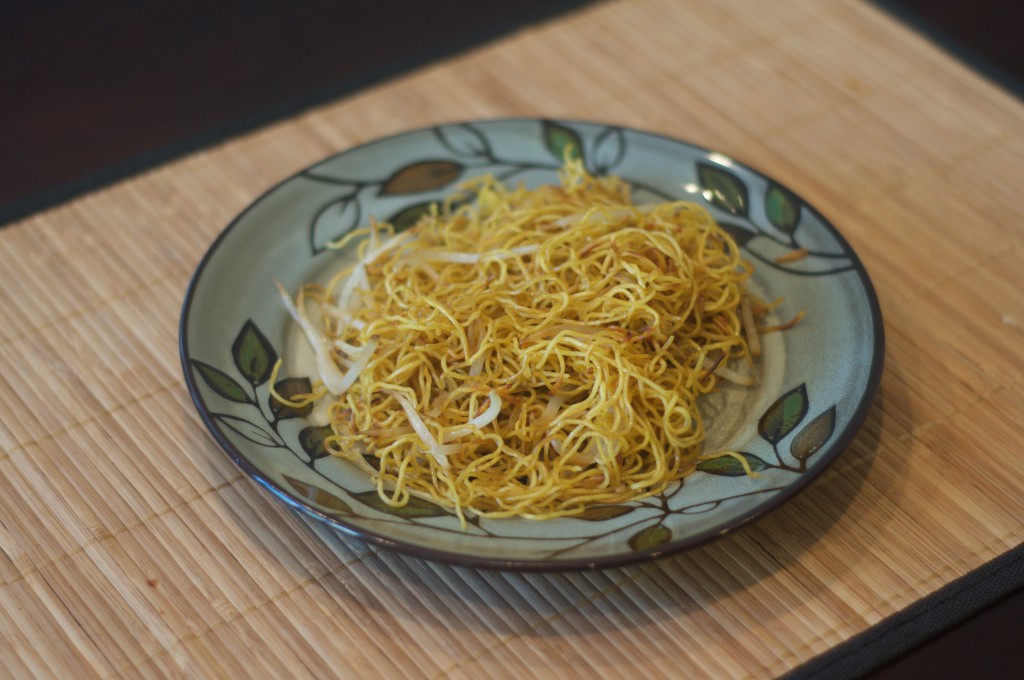 I decided to make a noodle dish instead and simply just add the bean sprouts to the dish.  I figured that Mike would at least be willing to try this, and even if he didn’t, I would enjoy it myself. 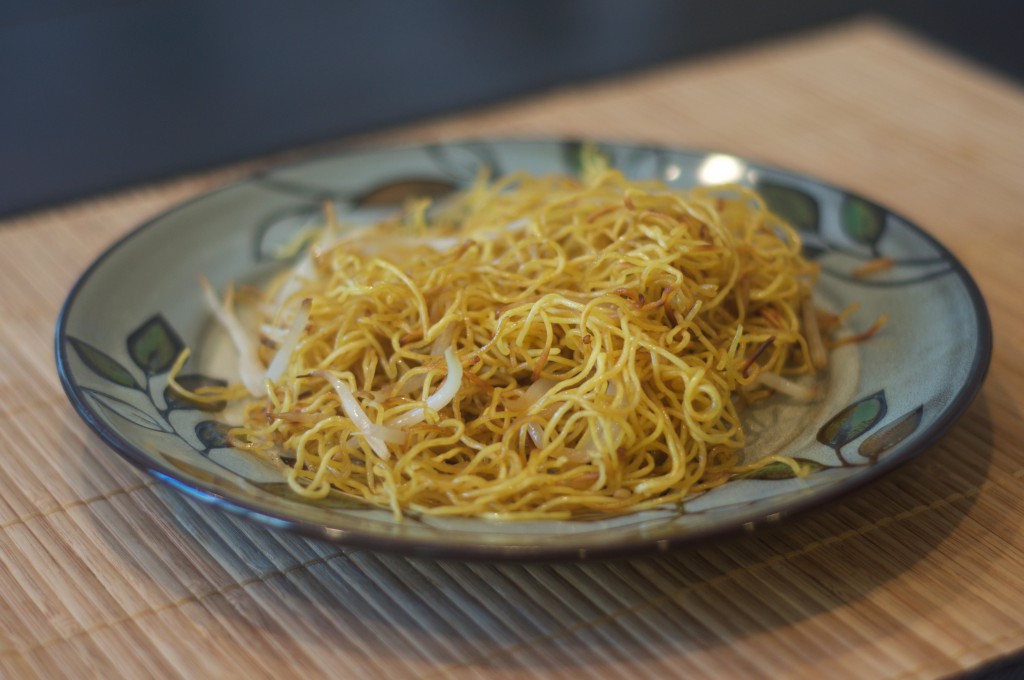 This dish can be eaten as a main dish (which is how I ate it), or as a side with some meat and vegetables. 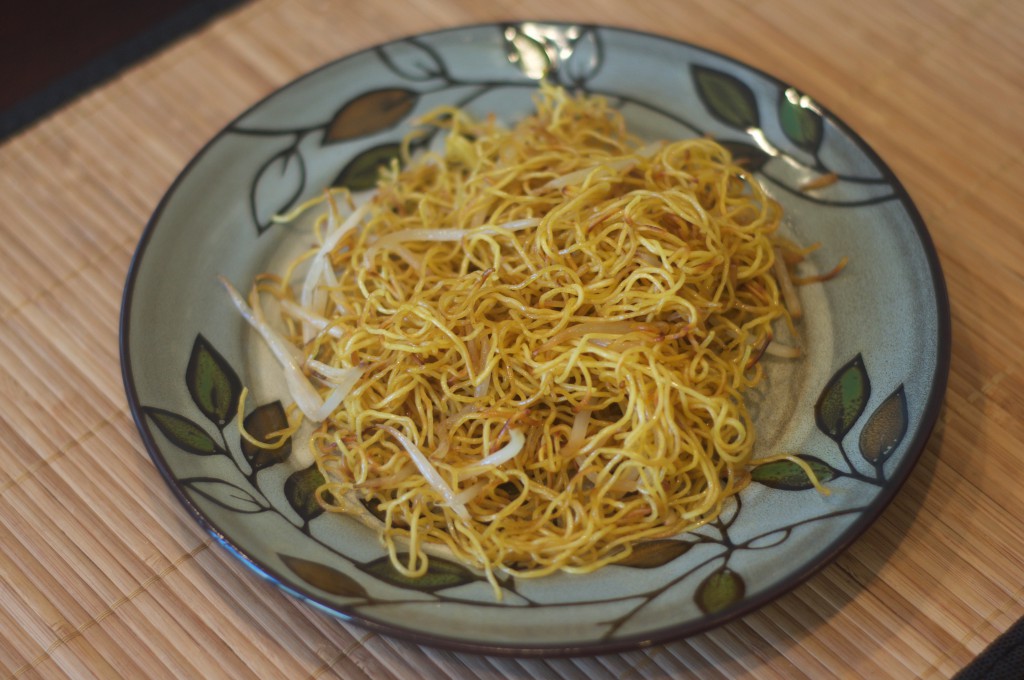 I was able to find bean sprouts in a bag at my local grocery store, but alas I had to purchase the noodles from an Asian grocery store.  Luckily the noodles last a while, so I bought a few bags to keep in my refrigerator. 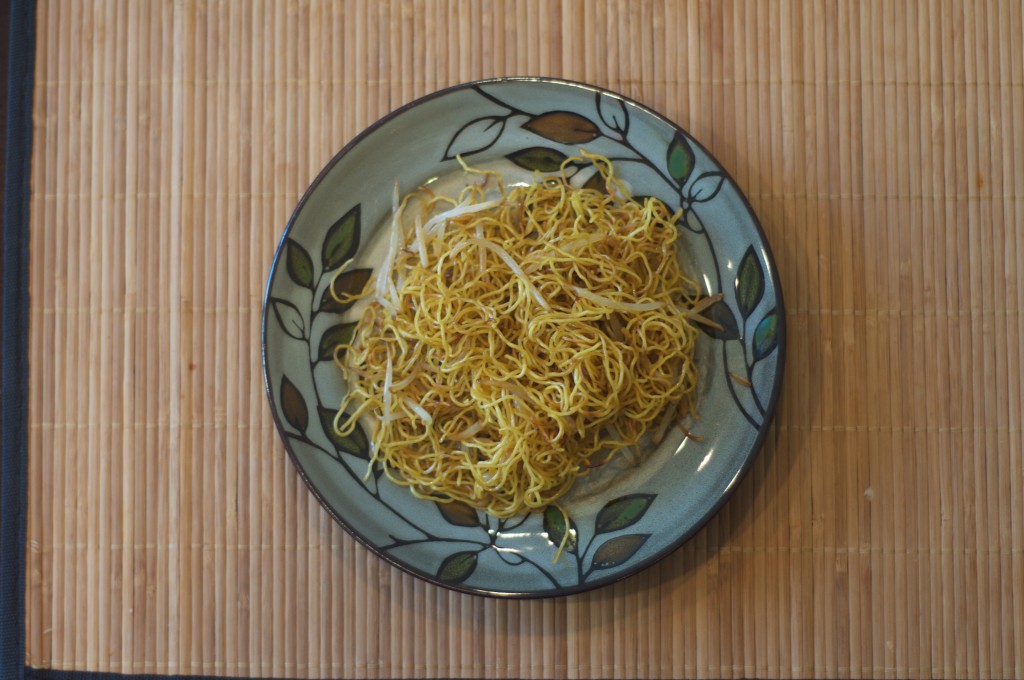 As it turned out, Mike was unwilling to try this dish.  That just meant mean deliciousness for me! 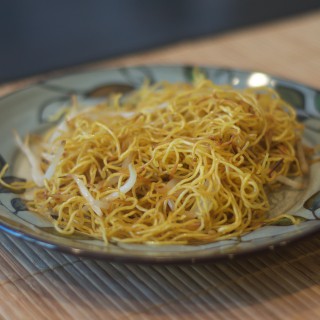 Adapted from The Woks of Life