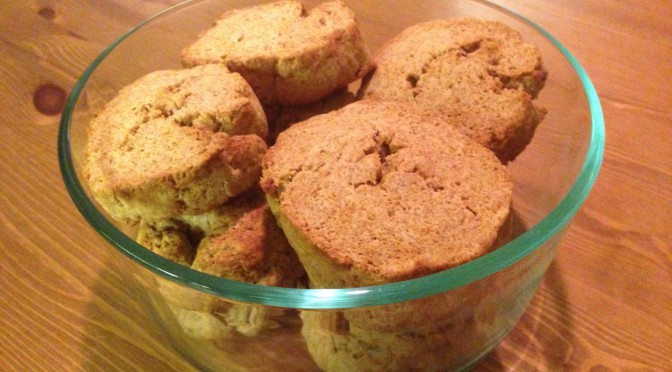 When I got home from Church last night, Kim surprised me by dropping a, “are you ready to make the biscuits from scratch?” Bear in mind, that we were supposed to be at our friends house shortly and she wanted me to make biscuits from scratch! Well, it turned out that our awesome Rosemary Chicken still had ten minutes to cook and these biscuits turned out to be pretty easy to mix up. Of course, I totally forgot the honey at first, but fortunately I remembered the honey before I started cutting… So I put it back in the mixer and added in the honey…

First of all, I had texted Mike to tell ask him whether or not he was interested in making biscuits.  He said “yes”.   When he got home, he thought I was asking him to make some from the Pillsbury roll, not from scratch.  I don’t bake, but even I could make the biscuits from the Pillsbury package.

I didn’t have a biscuit cutter laying around, so I rolled the dough into a log and then sliced it into 3/4″ slices with a kitchen knife. 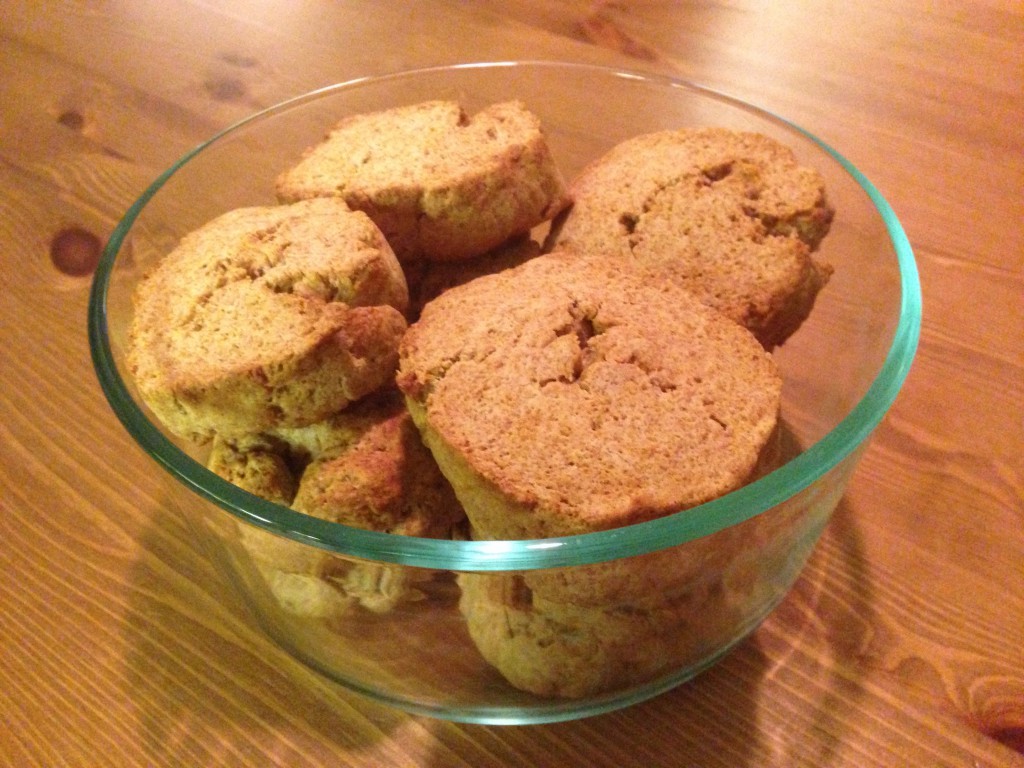