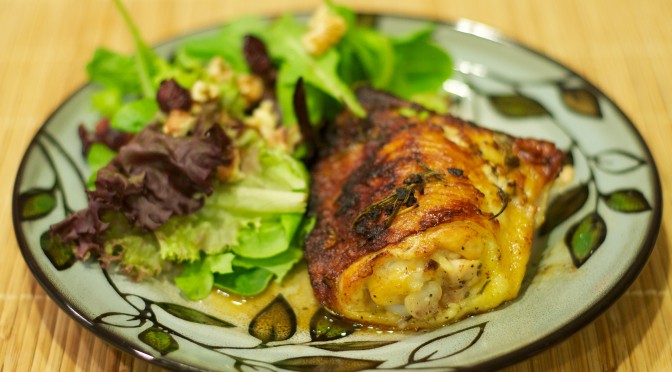 We have a Rosemary bush in the backyard, but have yet to actually use any Rosemary from that bush until now.  We had some dried Rosemary that came in the spice rack so we’ve just been using that whenever we needed Rosemary. 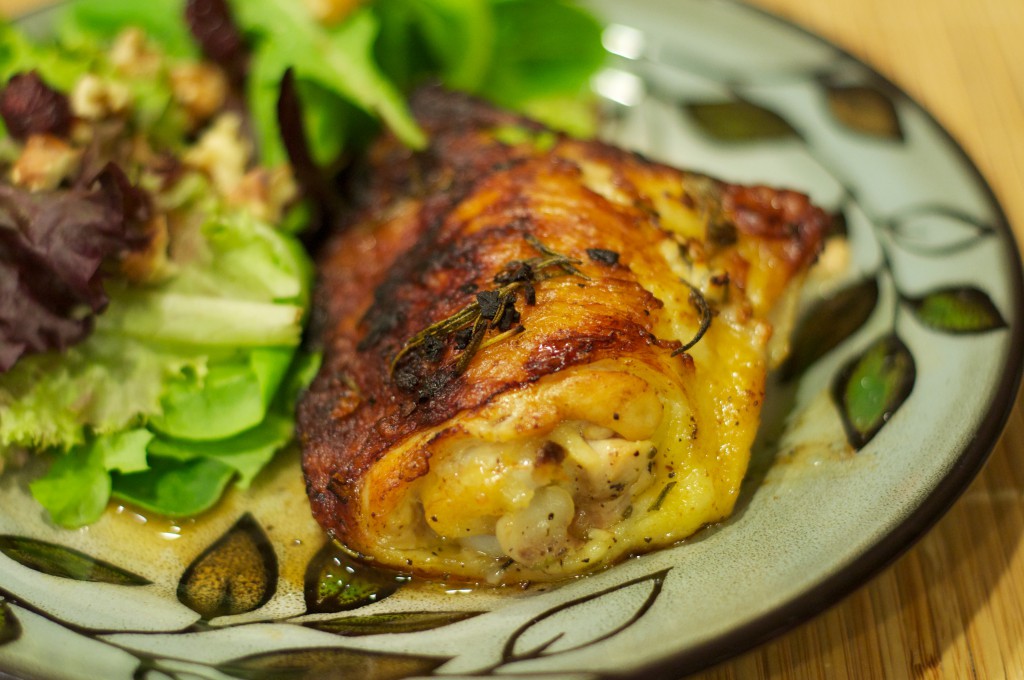 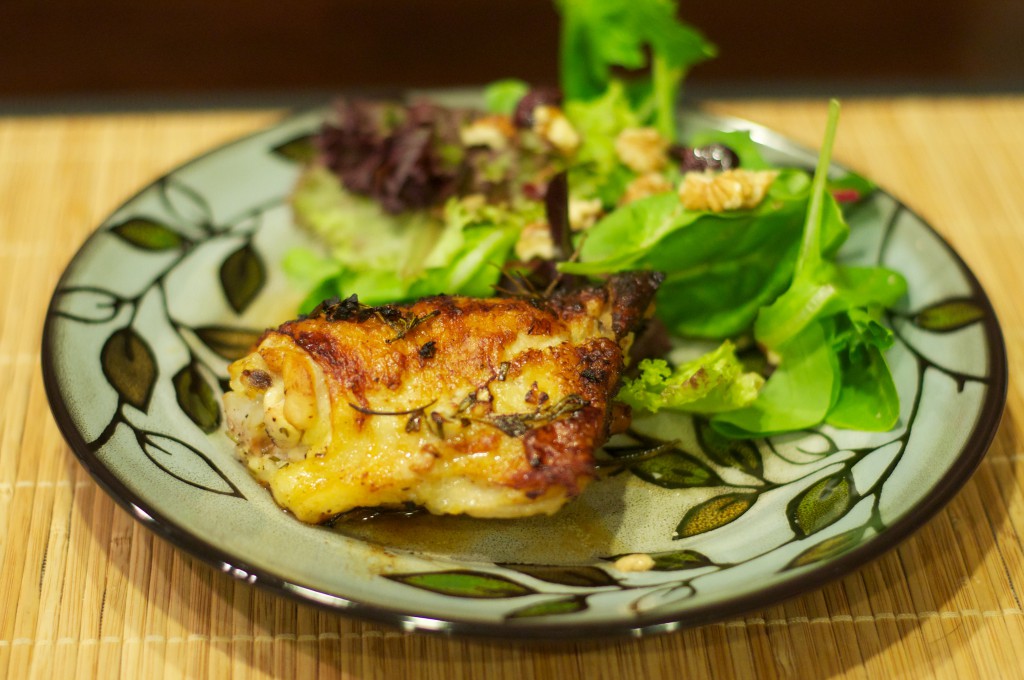 The chicken had a strong lemon flavor, but was very juicy and tender on the inside.  Mike and I both agreed that the chicken was delicious!  We at the chicken with some Cranberry, Walnut, Feta salad. 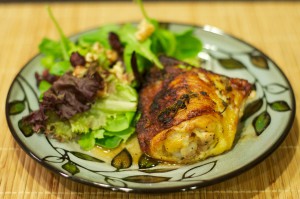