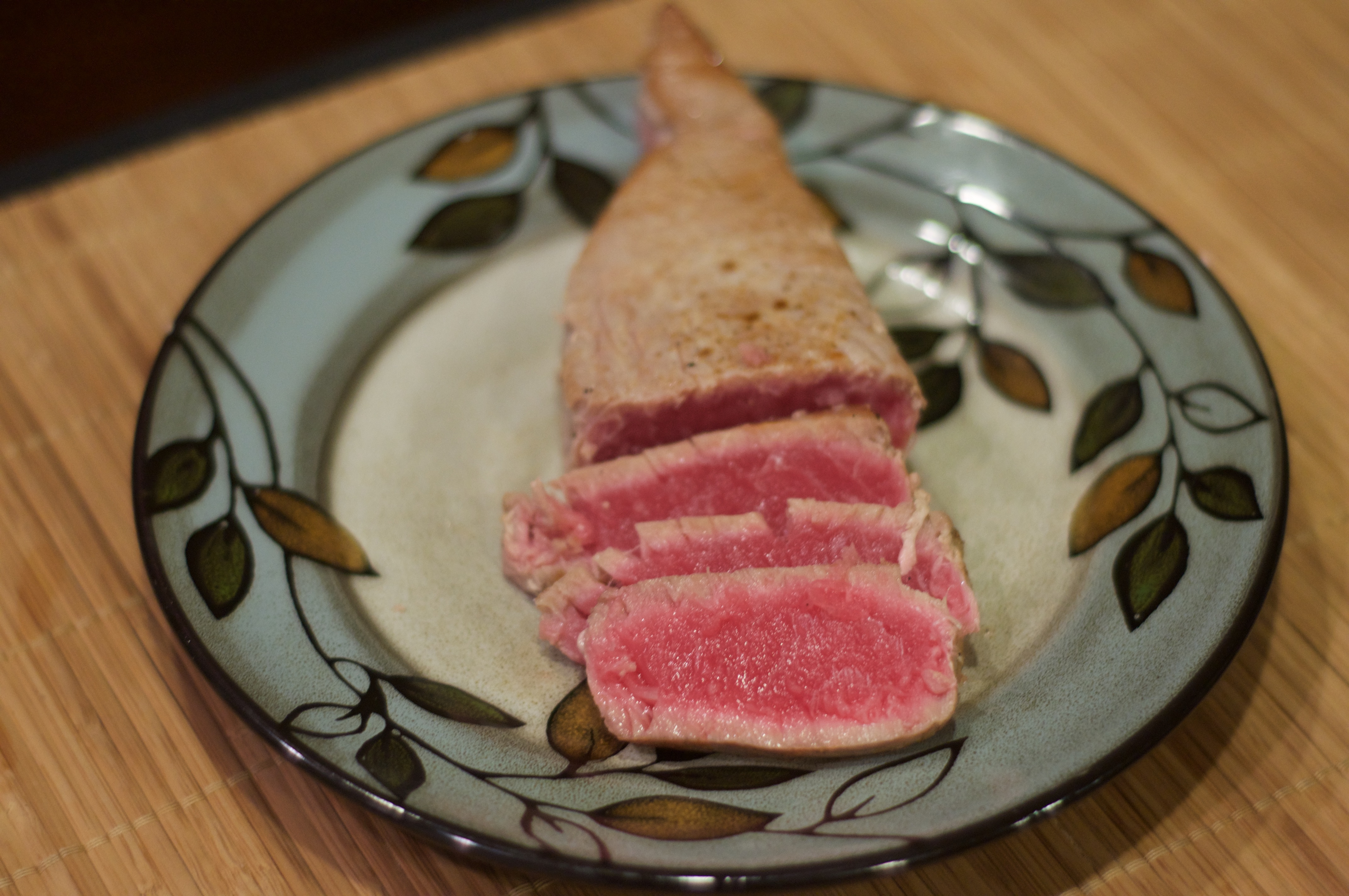 I’ve seen seared Ahi Tuna on the menu at restaurants before, but I’ve always been afraid to try it.  This was during the time when I was afraid to eat raw fish.  I remember going to a sushi restaurant and asking the waitress whether or not something on the menu was “cooked”.  The problem is, I asked her this about pretty much all of the items on the menu. 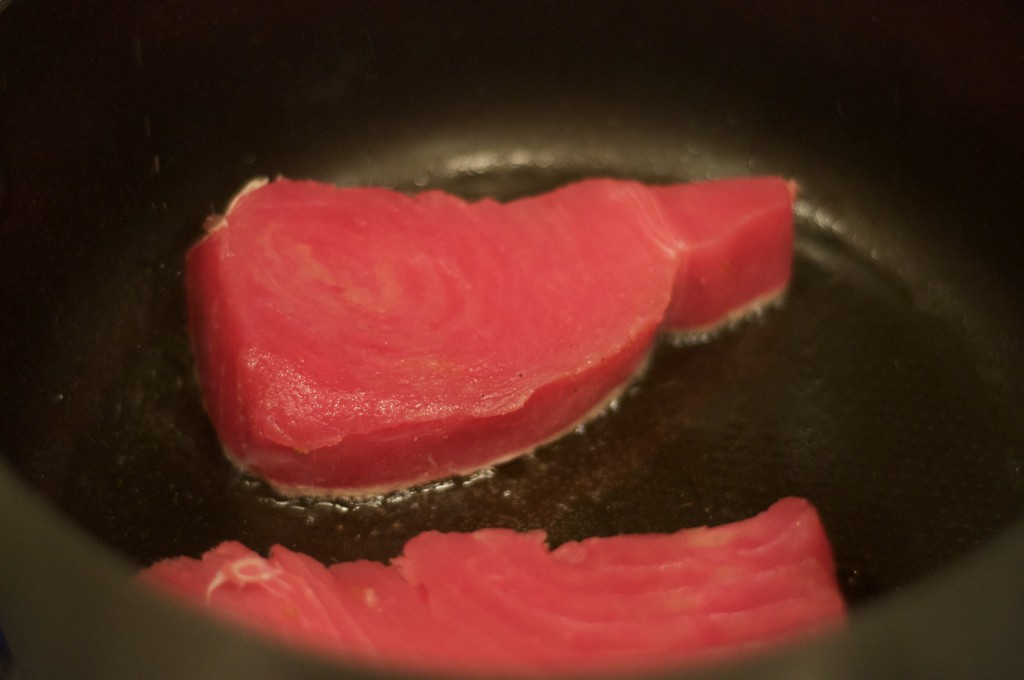 I’m not afraid of eating raw fish anymore.  Don’t get me wrong, I’m don’t just buy some fish from the counter at the grocery store and just eat it, but I am willing to try some sushi which includes raw fish. 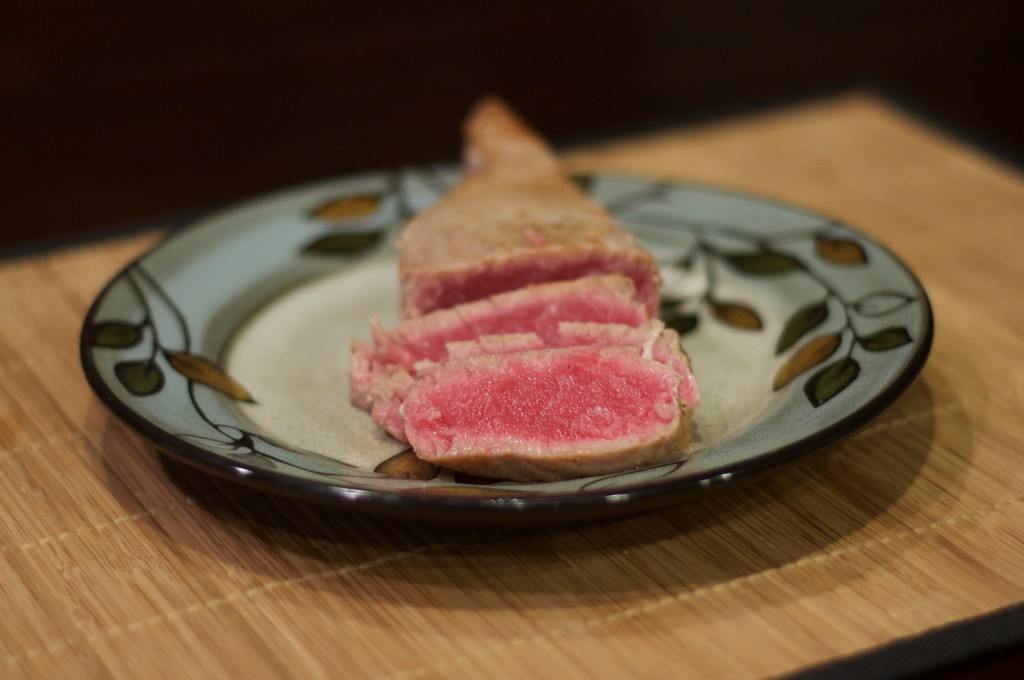 Mike also recently started eating the raw tuna.  I’m not quite sure what caused him to change his mind, since he was averse to touching any seafood, cooked or not, before.  But since he started eating raw tuna, I decided to try making seared tuna.

It’s actually not very hard at all, and is quite delicious.  Mike will even randomly ask if I will make seared tuna for him, something he would never have done before. 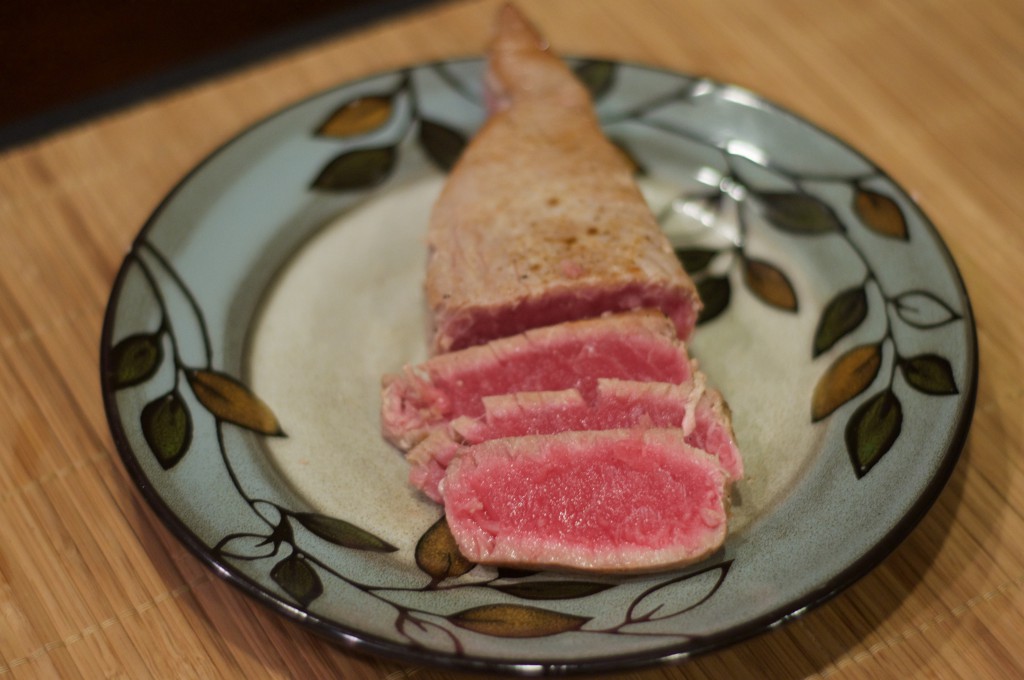