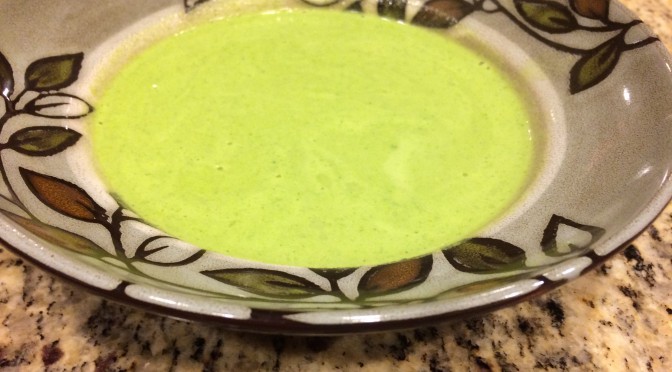 Cilantro soup.  Yes, I know it sounds weird but it is really worth a try, especially if you have a bunch of cilantro at home.  It does taste a lot like cilantro (obviously), and is a pretty light soup.

We had bought a bunch of cilantro for the street tacos.  I’m not a big fan of cilantro in general, and would have just left it out of the marinade, but Mike really wanted to follow the recipe exactly, so we bought cilantro.  The recipe only uses a little cilantro, so I had pretty much the whole bunch left (or at least it seemed that way).

Mike wasn’t feeling well, and wanted to have a soup for dinner, so I decided to make him cilantro soup, mainly because it sounded like a great way to use up cilantro.

I was a little unsure about how the soup would turn out at first, but I was pleasantly surprised.  Another selling point for this soup is that is uses milk.  Since Mike was sick, he had not been drinking as much milk as usual.  As a result, I was trying to find creative ways to use up milk as well.

Tortilla chips could be added to this soup to add texture, but I didn’t add that to the soup since Mike had a cold, and his throat was feeling raw. 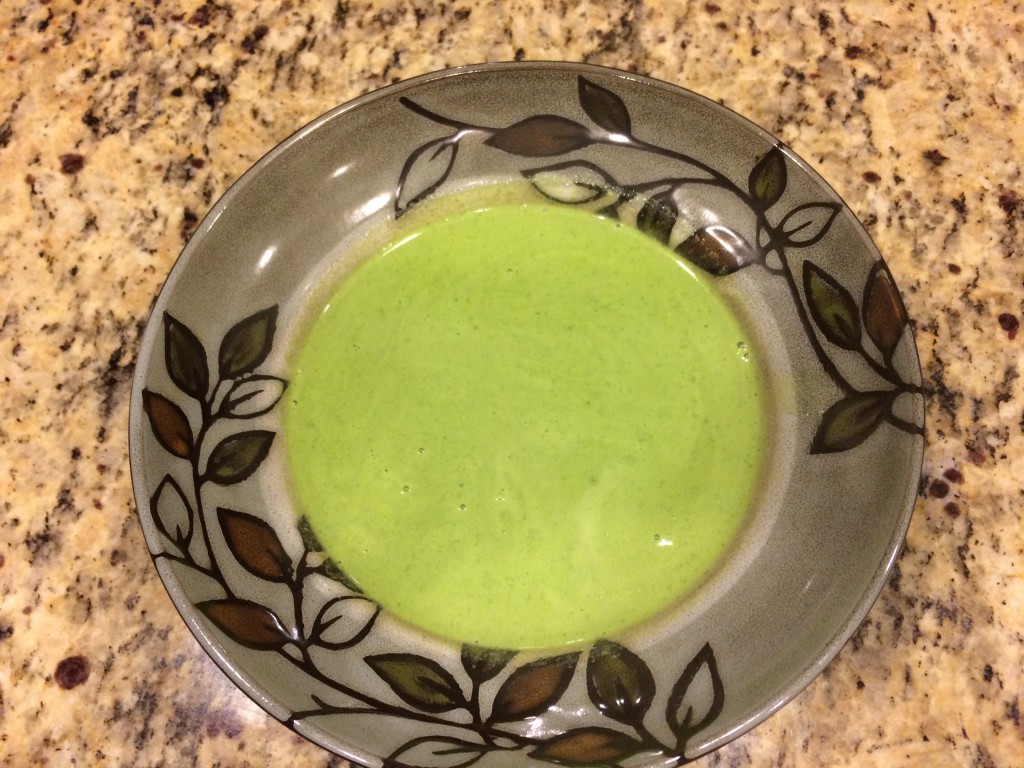