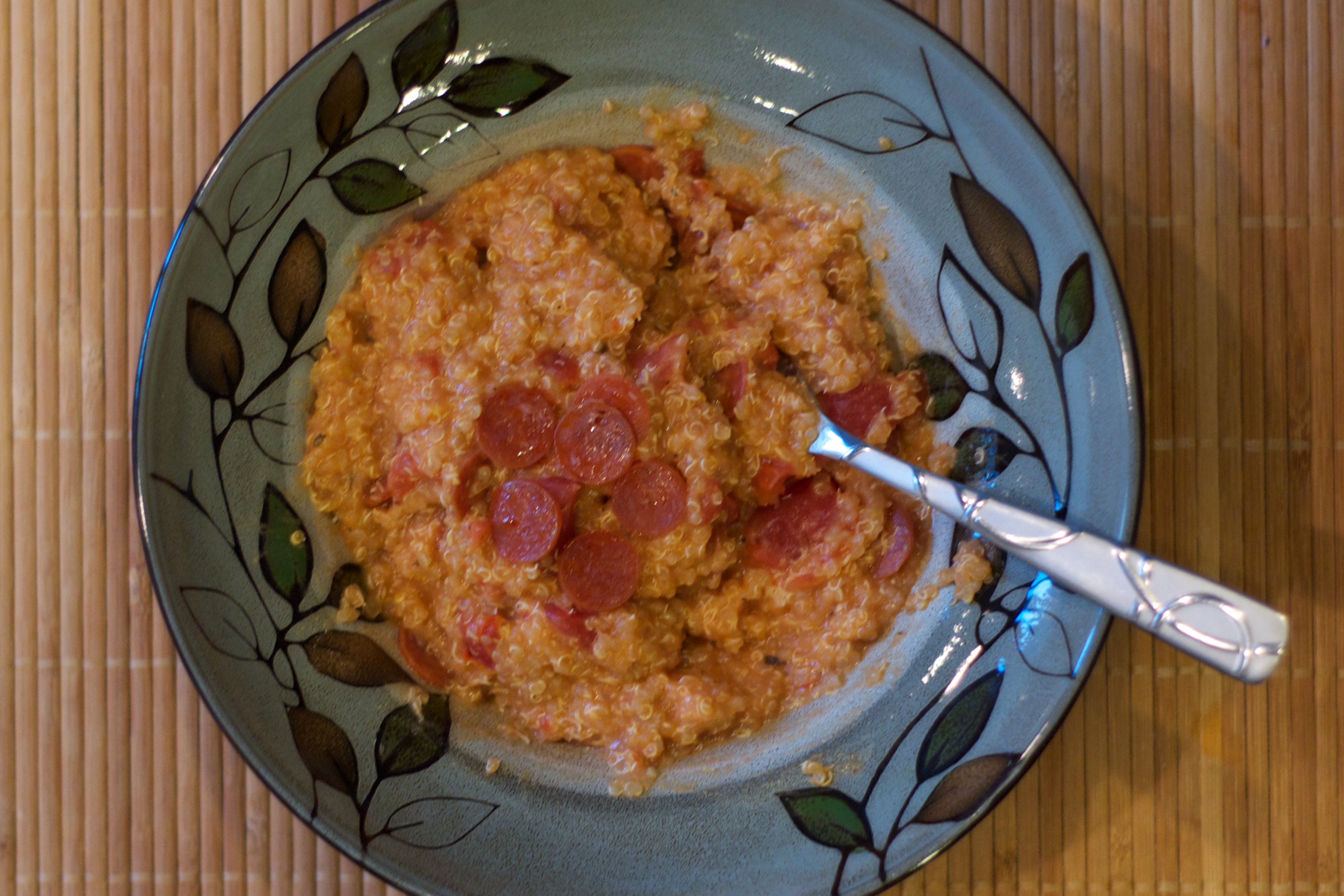 Mike recently discovered quinoa at the farmer’s market.  There was a booth there where a lady was selling a package of uncooked quinoa with seasoning in it.  All you have to do is put it in a pot, add water, salt and butter or olive oil and you would have a nice side dish ready in about 20 minutes.  This very intelligent lady also had samples of the items she was selling.  Mike was hesitant to try it, but when I told him it was delicious after trying a sample, he agreed to try some too.  He loved it, and is now on the quinoa band wagon. 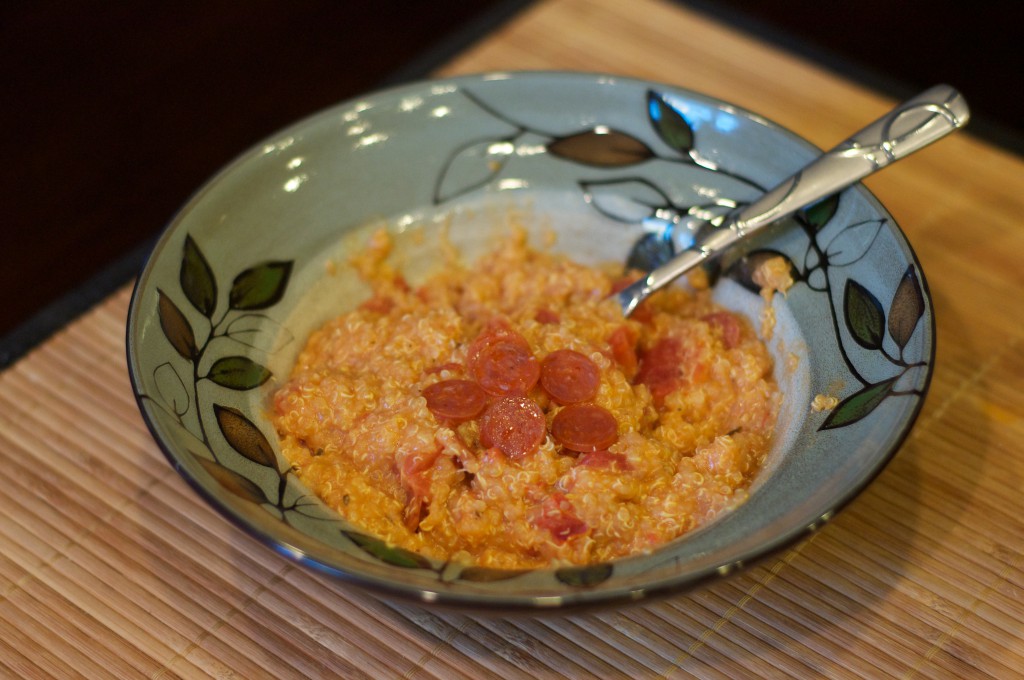 Mike also loves mini pepperonis.  I bought them once from the grocery store when he wanted to make pepperoni pizza at home because I couldn’t find the “regular” sized pepperoni.  It was love at first bite.  I really don’t know why he loves them so much more than regular pepperoni, but whenever he wants to make a pizza, I have to buy the mini pepperonis. 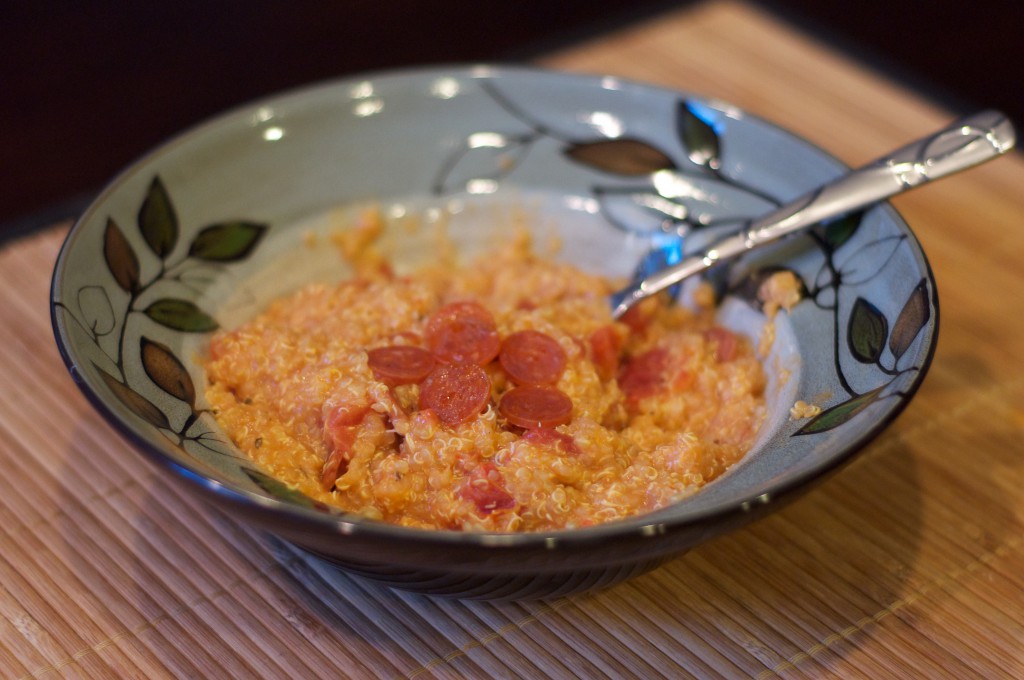 Normally, I wouldn’t mind buying mini pepperonis, because they are just so cute!  However, they come in this huge package (it’s really only about 5 ounces).  I’m not really sure how many mini pepperonis are in a package, but it seems like hundreds.  As a result, I am constantly looking for ways to use up those pepperonis.

I decided to try to make a dish that included both quinoa and the mini pepperonis.  Mike loves each of these items individually, why not put them together?  The result was deliciousness! 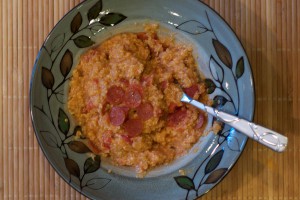