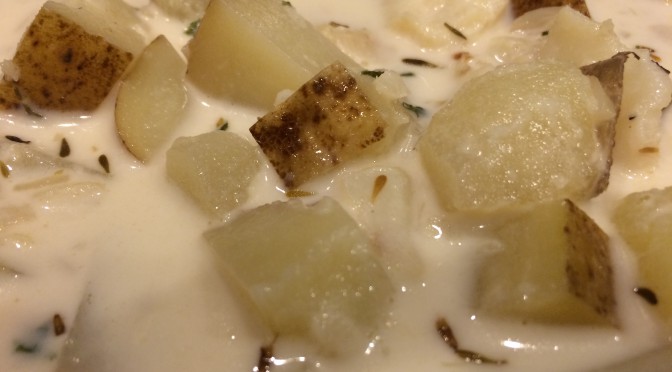 I picked up a few pounds of cod at the grocery store because it was on sale.  Fish is supposed to be good for you.  I’m not sure how healthy cod is compared to other fish, such as salmon, but I figured I would give it a try anyway.  All I had to do was figure out what to make with it. 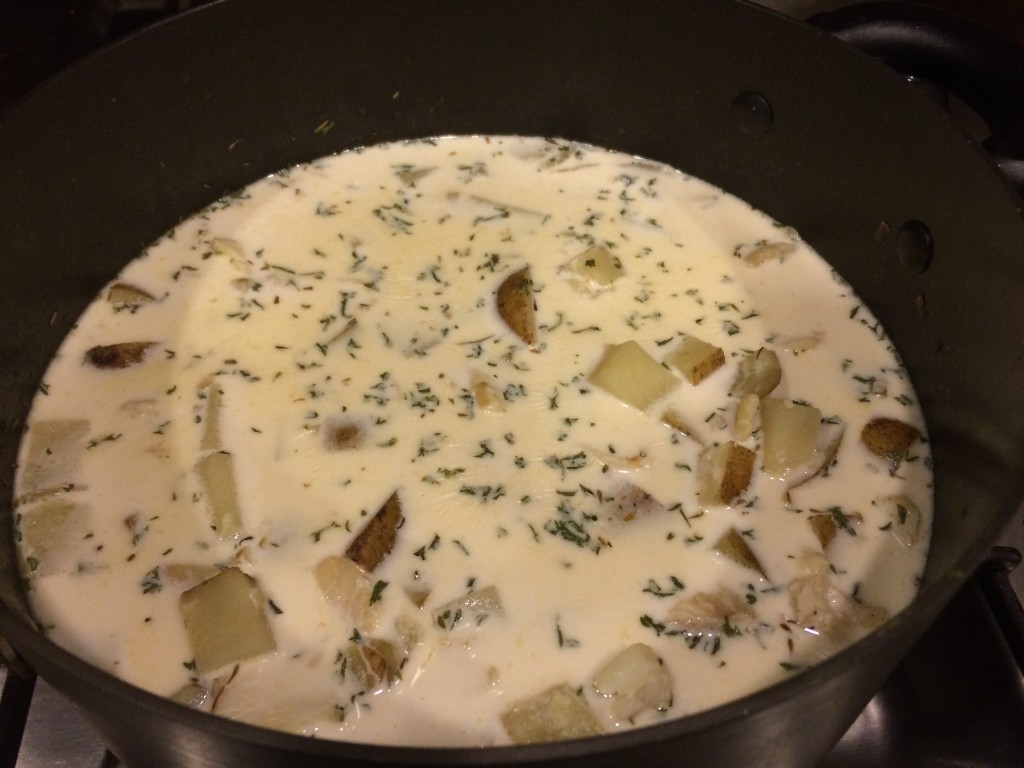 I had some heavy cream in the refrigerator that I needed to use and some potatoes in the pantry that didn’t look like they would last much longer.  I decided to try to make a “chowder” since that would use up the cod, heavy cream and the potatoes.  I love clam chowder, so I figured why not try something similar, but with fish instead of clams. 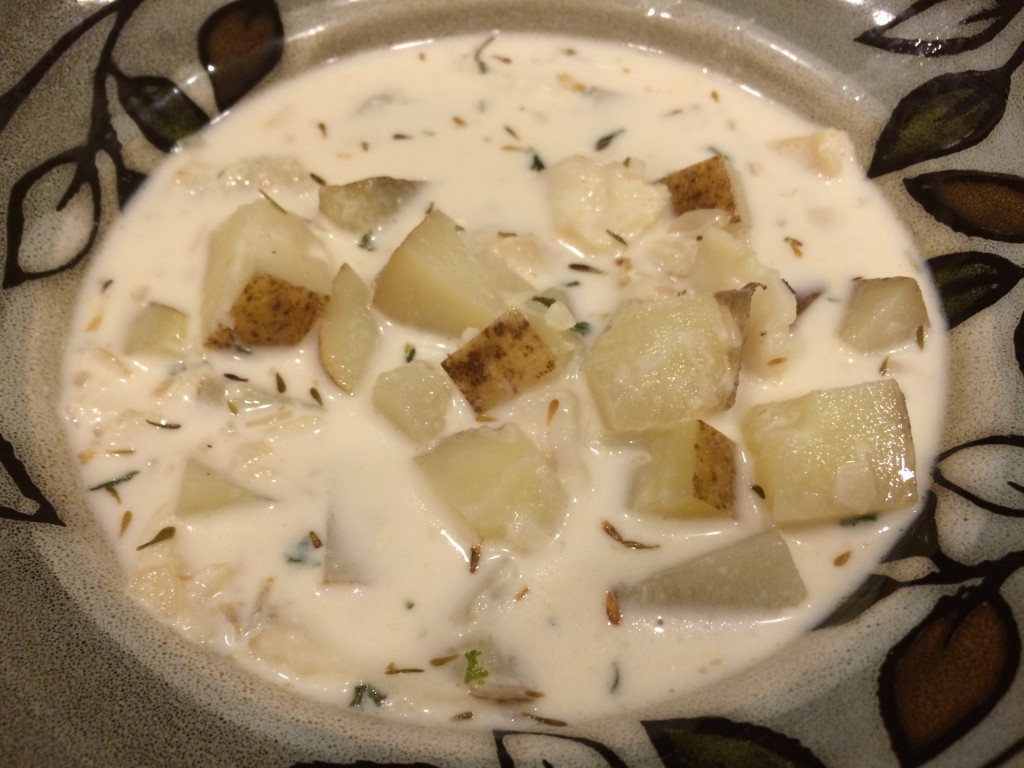 This soup isn’t thick like clam chowder.  It is a thinner soup, but is full of chunky goodness.  There are thick pieces of potato and fish in every spoonful! 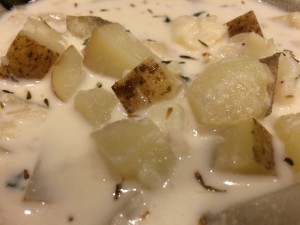