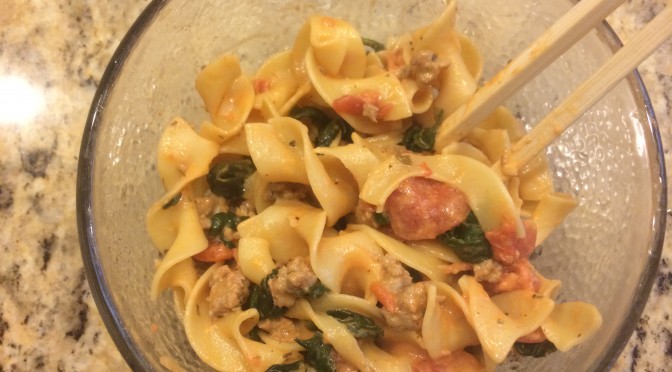 I bought some Aidell’s sausages from Costco because they are delicious.  I love eating the samples that are handed out at Costco.  However, when they hand out these samples, you only get maybe a tenth of a piece of sausage (I might be exaggerating a little bit there, but they give you a small piece so that you can taste it).

Unfortunately, the package of sausages that I bought from Costco was somewhere around 3-4 pounds.  As a result, I need to come up with unique recipes to use up this sausage.  As delicious as a small piece by itself is, eating a whole piece of sausage, with no sides, is not that great.

Luckily, there is this recipe, which uses up half a pound of sausages.  It is a little decadent, given the amount of heavy cream in the sauce, but it has some redeeming qualities with the addition of the spinach. 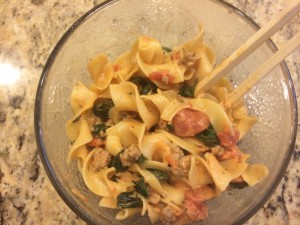