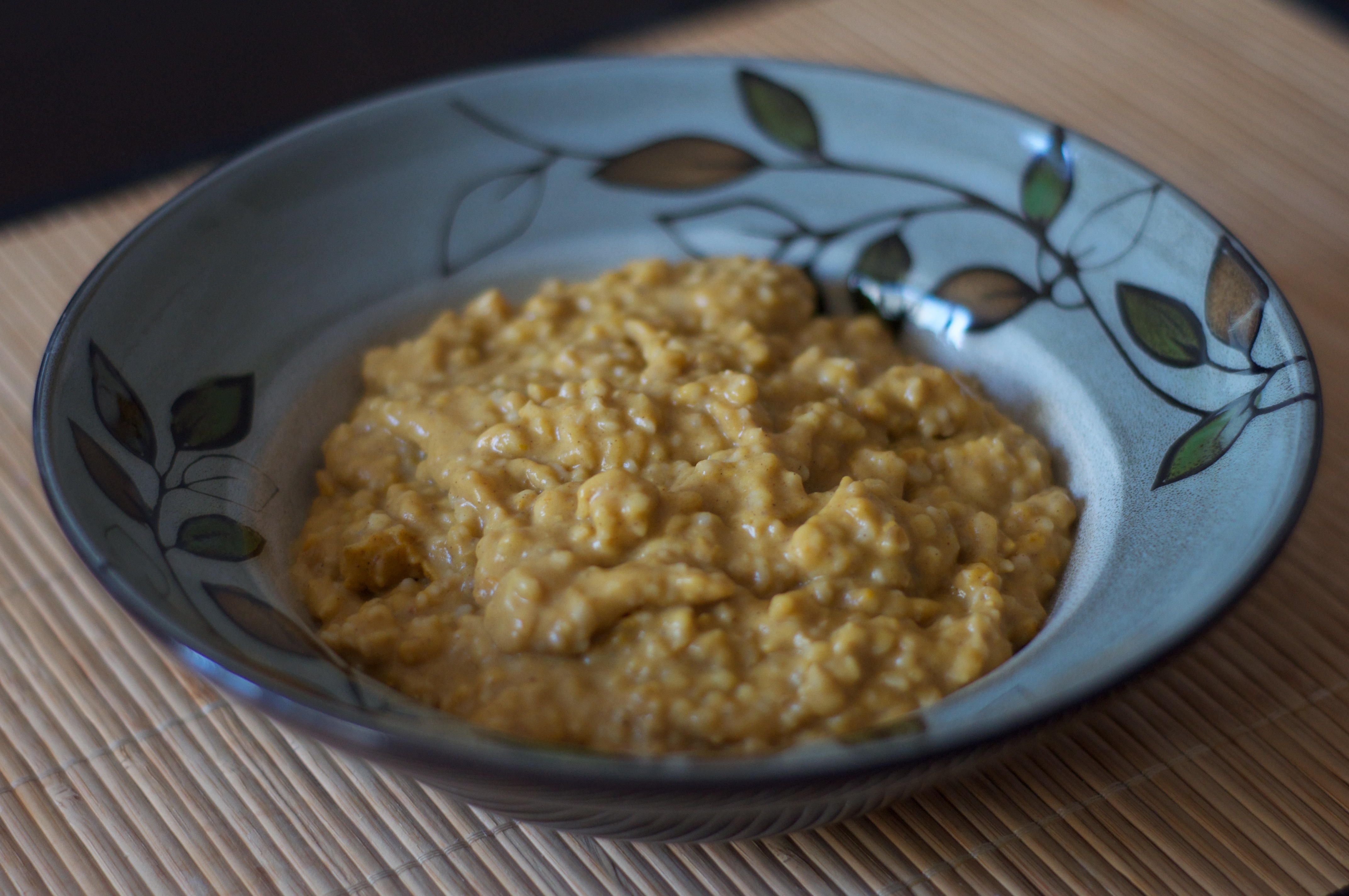 We had some pumpkin puree leftover in the refrigerator from various recipes.  Note that this is not “pumpkin pie mix”.  It is simply pumpkin puree.  It only contains pumpkin, and no other additives.  I tried to think of different ways to use up the rest of the pumpkin.  I didn’t really have very much left, but didn’t want to throw it out either.  I considered making one really small pumpkin pie, but thought it would be too much trouble/work.  I decided to make pumpkin pie oatmeal instead. 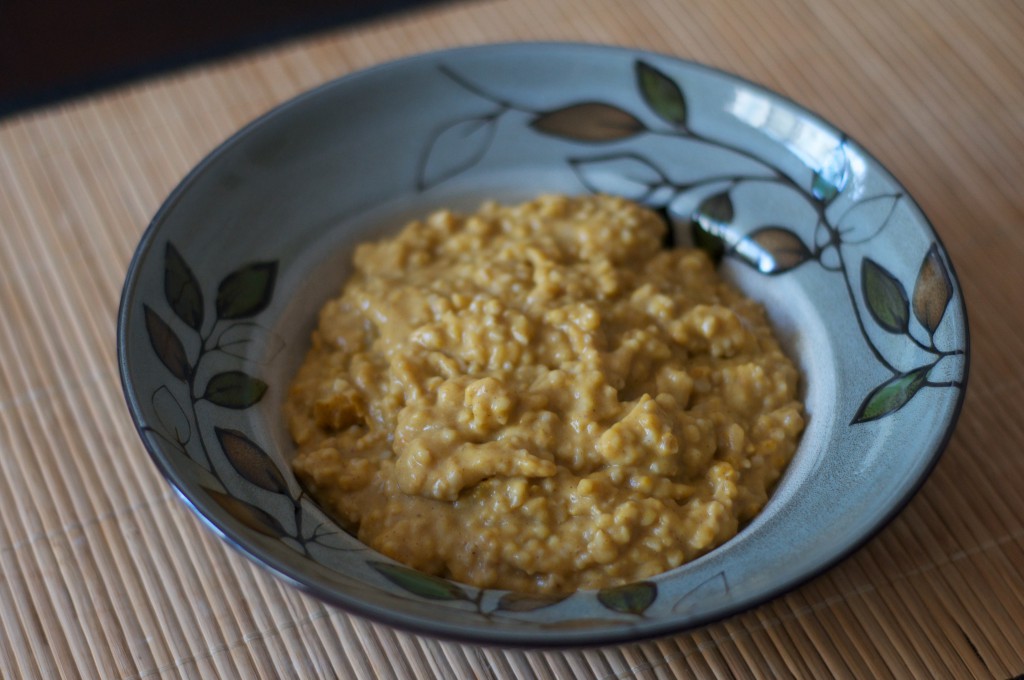 I love the bulk bins that are available at certain stores.  You can buy only the amount of an item that you need, and it’s usually at a discounted rate too!  This is especially nice when you only need a half a cup of steel cut oats.  Before I realized how awesome the bulk bin is, I would buy whole packages (1 pound plus in size) of oats etc and then try to find recipes that would use up the rest! 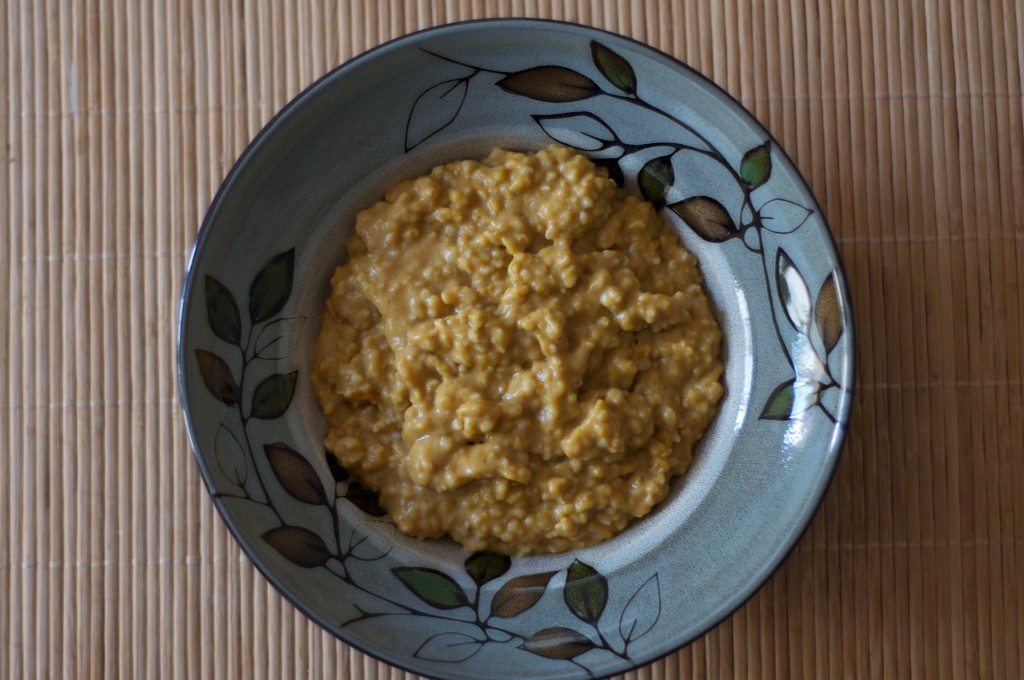 Although time consuming, this recipe is worth the time.  The oatmeal is fluffy and hearty.  Mike actually ate this oatmeal without adding any sweetener to it.  However, he LOVES pumpkin pie.  I, on the other hand, like pumpkin pie but am not as enamored with it as Mike is.  I thought this tasted like oatmeal with pumpkins in it.  If I had to eat a whole meal of this (instead of just tasting it), I would definitely add sweetener to it. 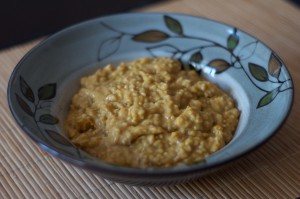 Adapted from  Organize Yourself Skinny