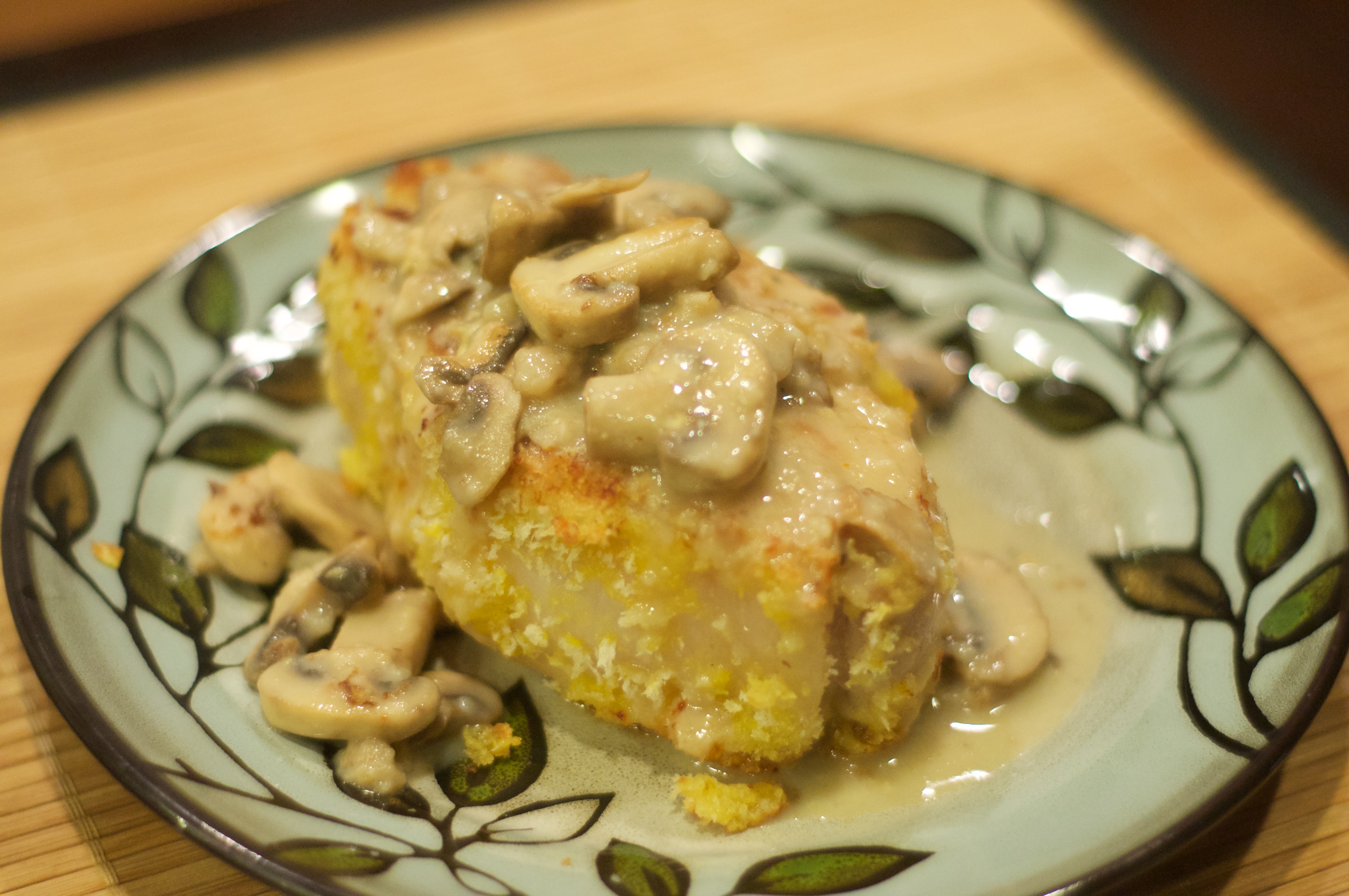 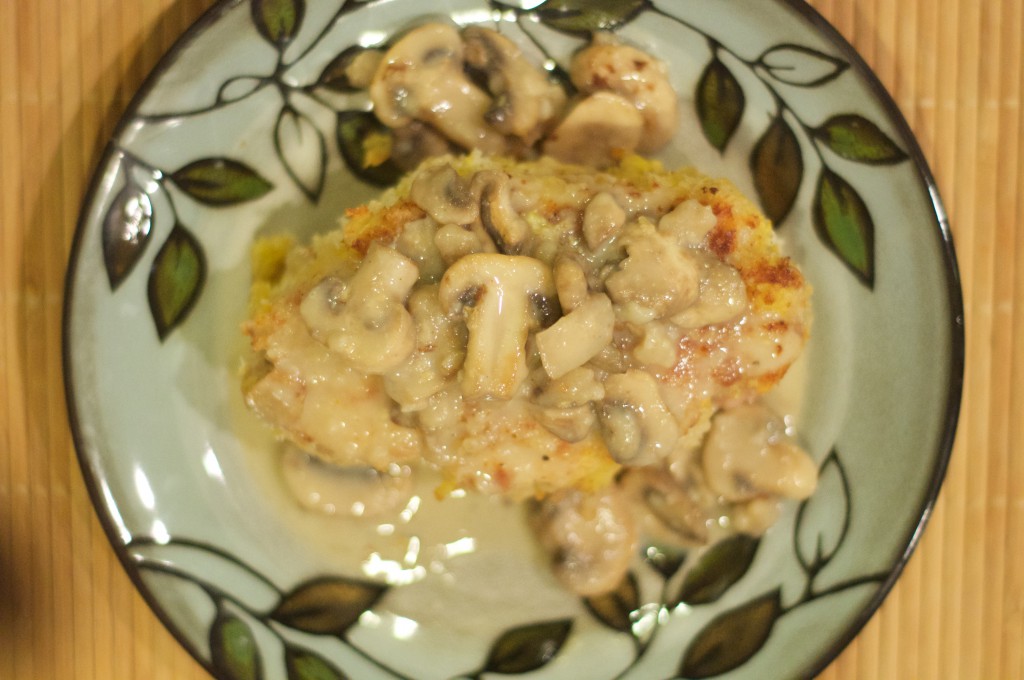 If you hate mushrooms, this recipe is obviously not for you.  On the other hand, if you love mushroom gravy (and pork chops and parmesan cheese), you HAVE to try this amazing recipe. 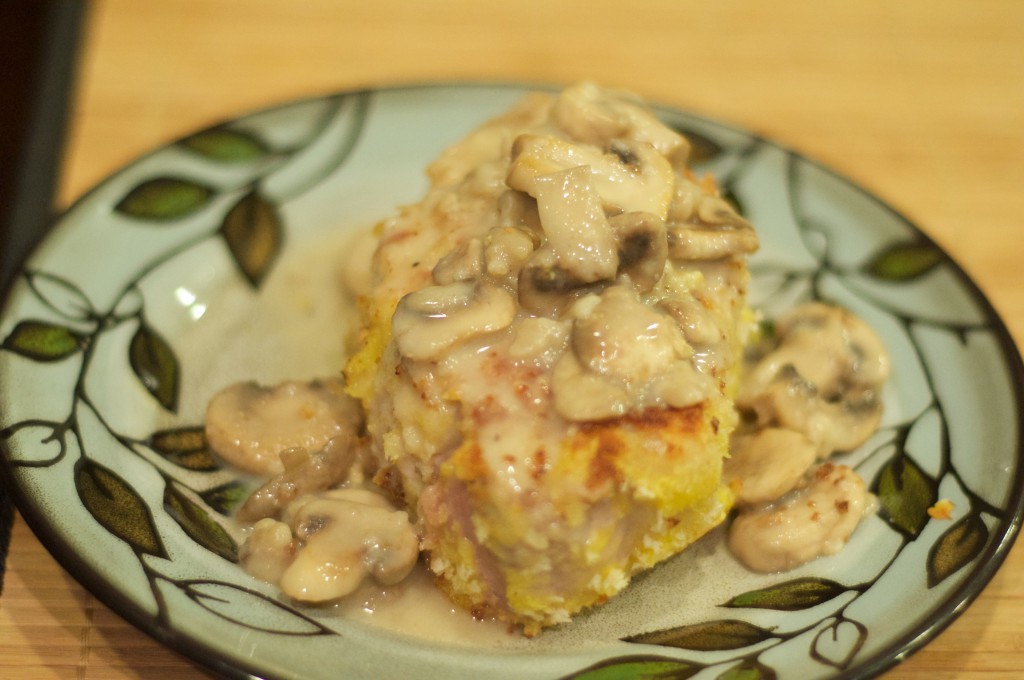 True, this recipe is not necessarily healthy.  Just don’t eat too many pieces and have a salad for lunch instead.  You could also eat some delicious oatmeal for breakfast if you really want to be healthy. 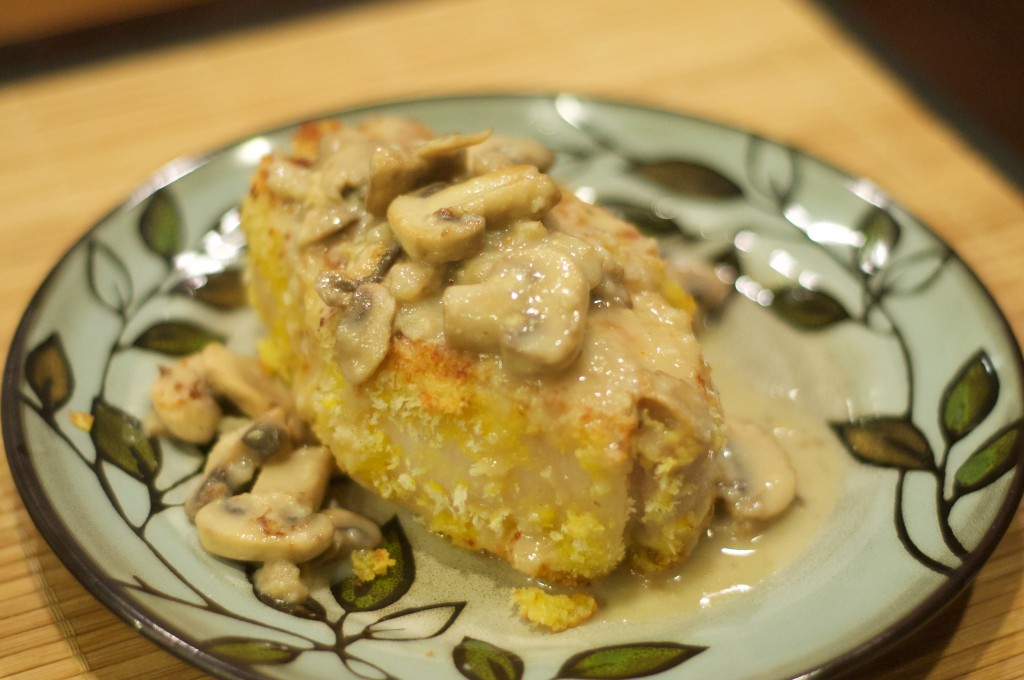