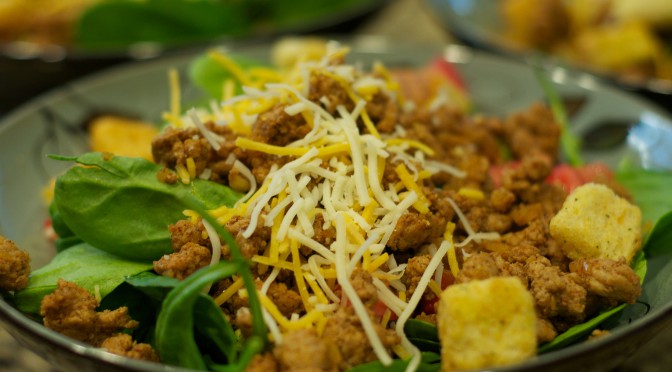 I was able to “build my own tacos” recently, however there were people in line, so I didn’t have time to open the shell to put the meat and other items in the taco shell.  I ended up just piling the meat, tomatoes, lettuce and cheese around the shell.  I then broke off chunks of the shell and used that to scoop up the rest of the food.  I realized that this was similar to a taco salad.

I was at home one day, trying to decide what to make for dinner, and knew there was some ground turkey that would be going bad soon.  I also had about a half a pound of spinach that was sitting in the refrigerator as well. 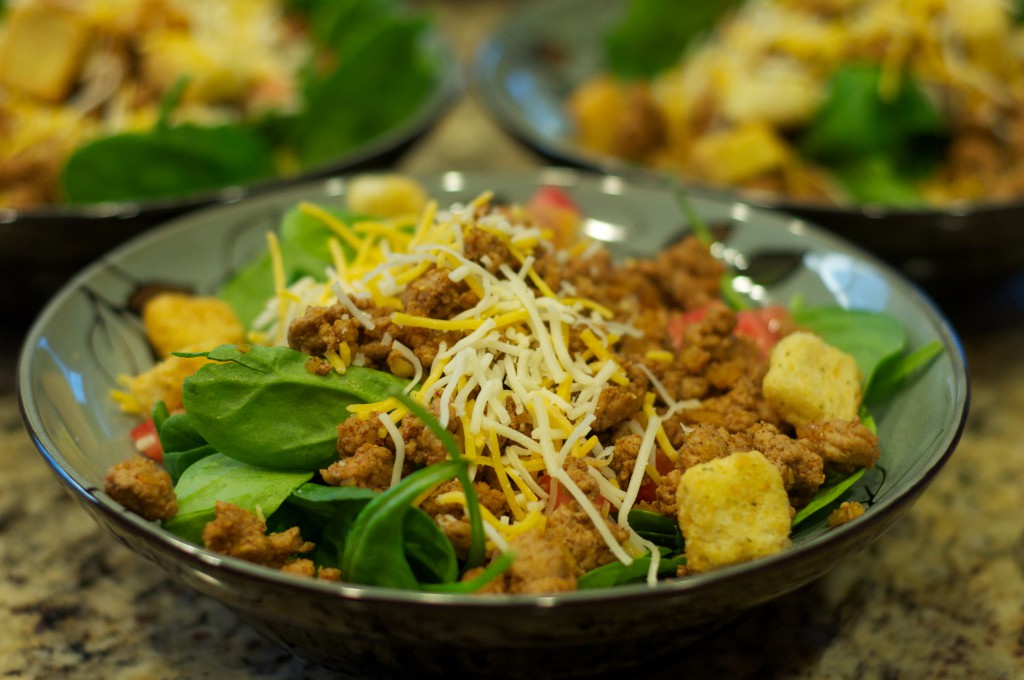 You could cut up two heads of Romaine Lettuce instead of using spinach, and Nacho Cheese Doritos instead of croutons.  This makes for a quite delicious, but not as healthy salad (can you even call it a salad if it also has Doritos?).  I didn’t have any avocados today, but this is also delicious with some diced avocados as well. 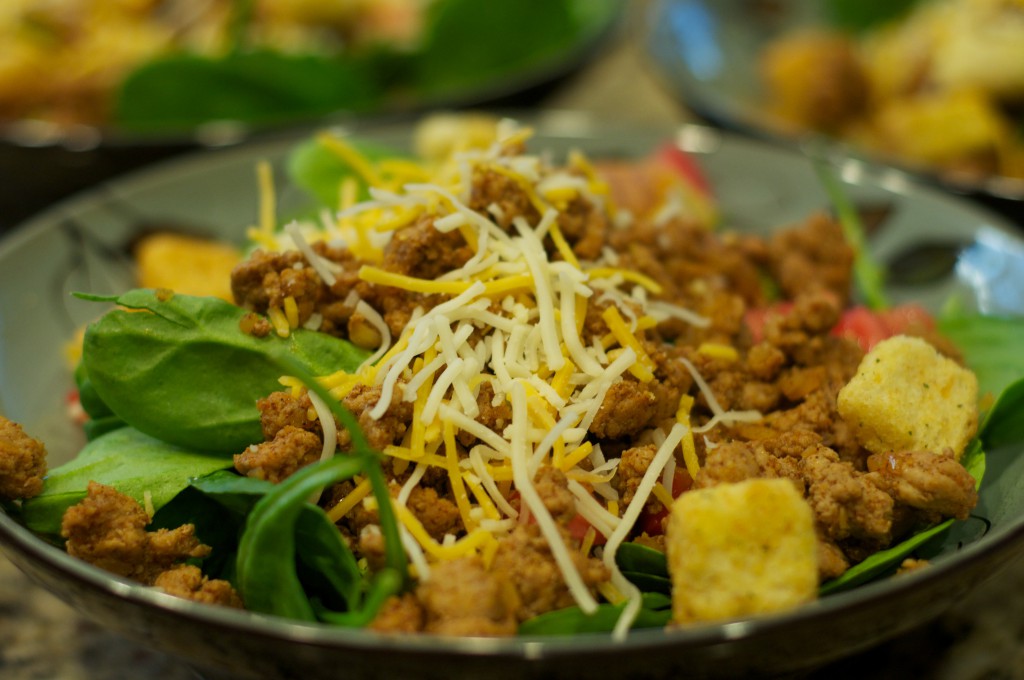