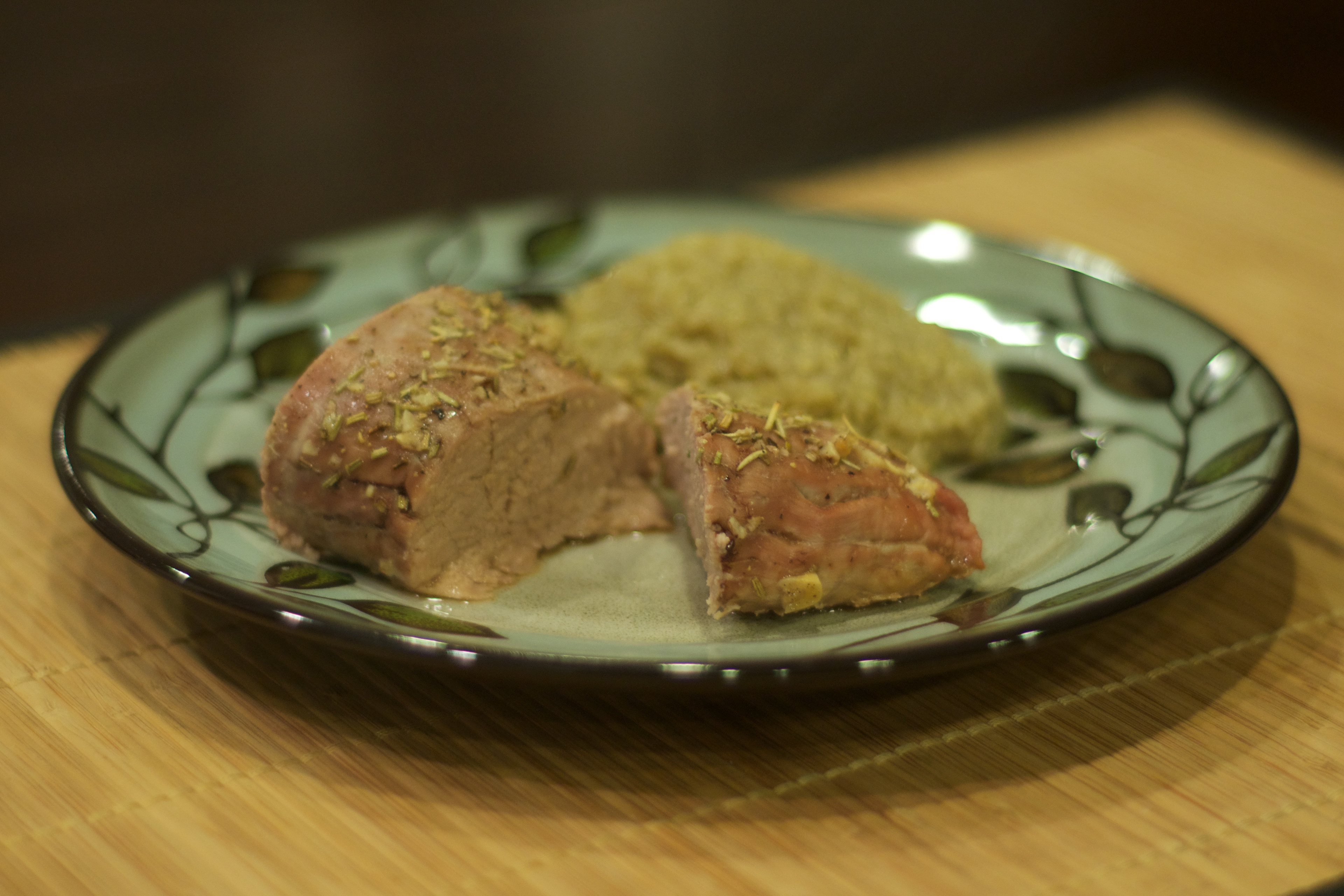 Mike has never been a fan of pork.  I’m not quite sure why.  I personally think it’s because pork is hard to cook.  It is often tough because it is overcooked. 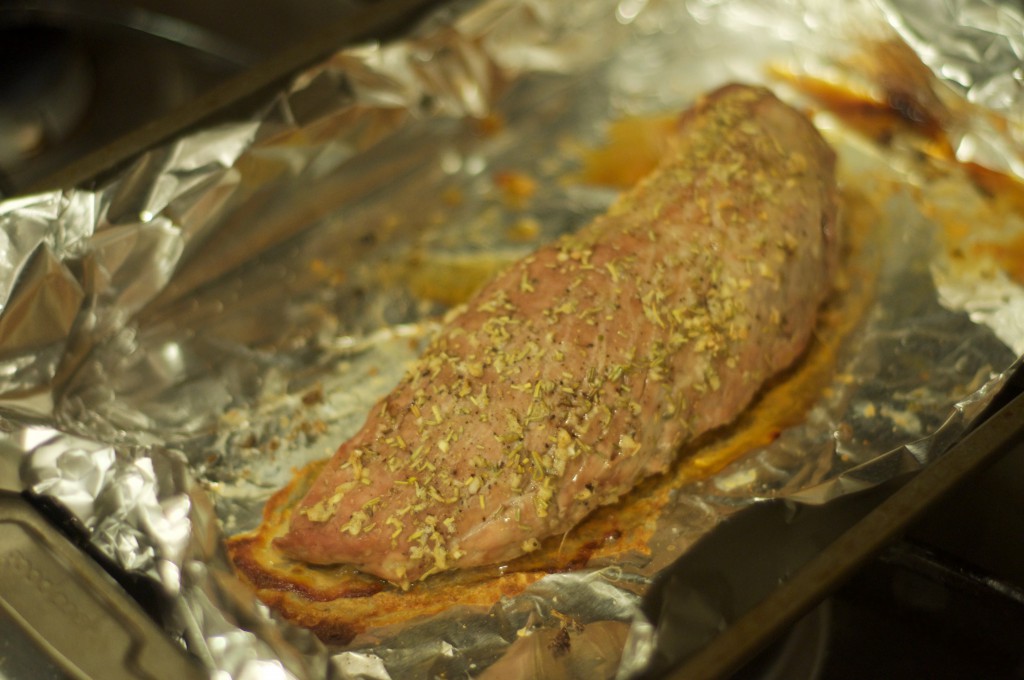 As a result, I don’t make pork very often.  I used to find it quite difficult to cook pork too.  I would often overcook the pork, making it tough, dry, and bland. 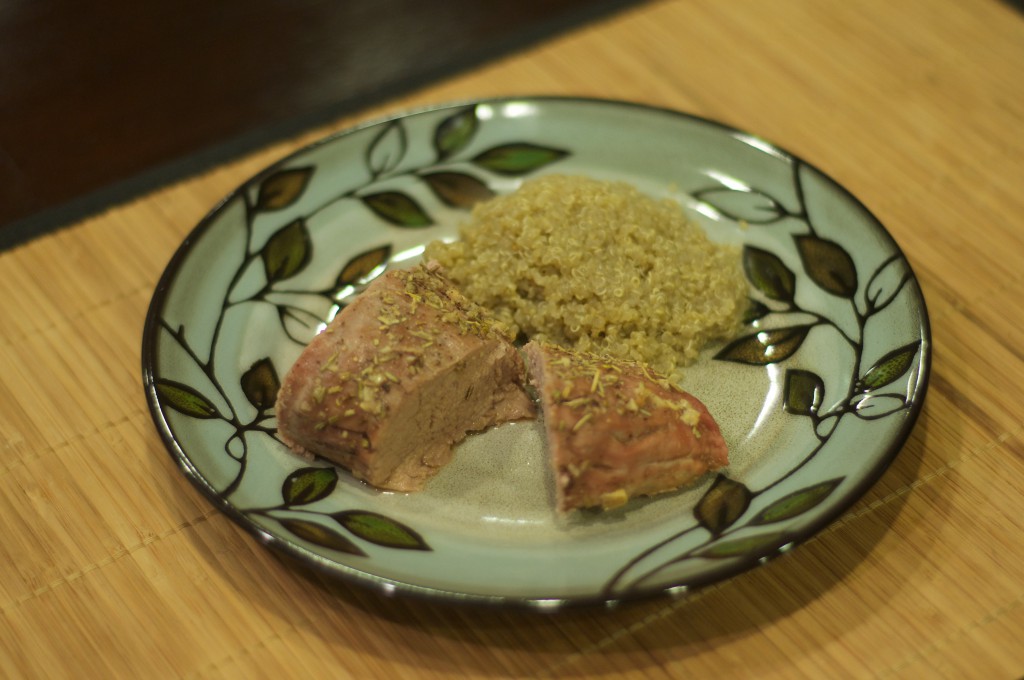 For a while, I gave up on trying to make pork.  Later, I learned how to cook smaller pieces of pork, such as in stir frys.  It was much easier to know when the pork was cooked, but not overcooked. 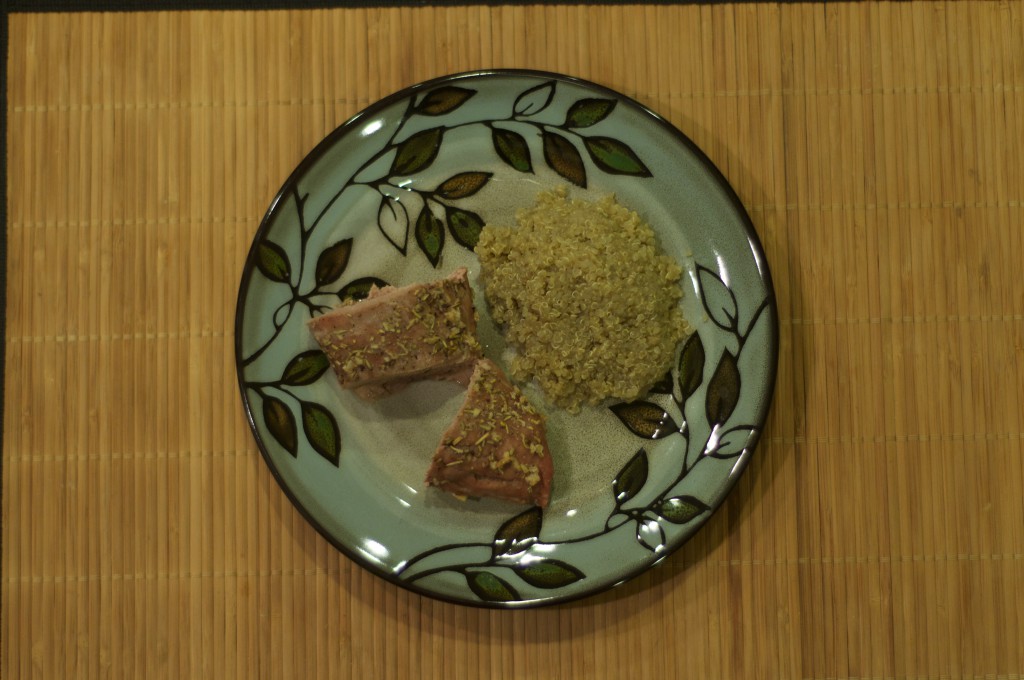 I now know an easy way to cook pork loin without being worried about overcooking, or undercooking it.  The pork comes out juicy, tender and delicious. 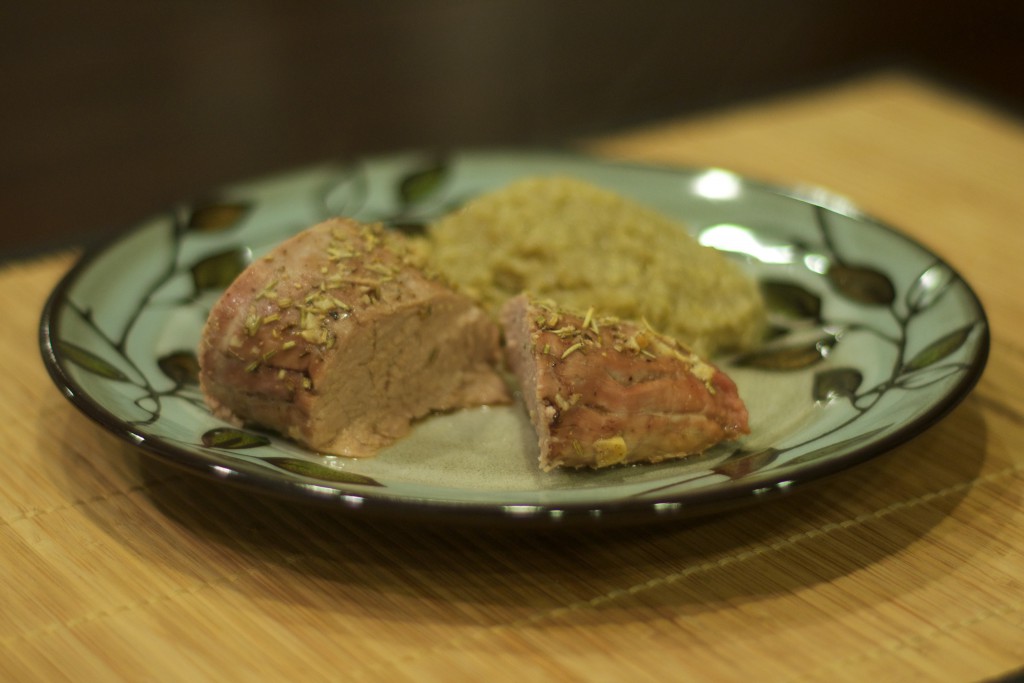 Roast the pork for EXACTLY 5½ minutes per pound. The recipe was written for a 2½ pound pork. If your pork loin is larger or smaller, adjust the cooking time accordingly.

The roast should have reached an internal temperature of 145 F after it has rested. According to the FDA, fresh pork should be cooked to 145 F, with a 3 minute rest time.
3.5.3208

Adapted from food.com and epicurious.com