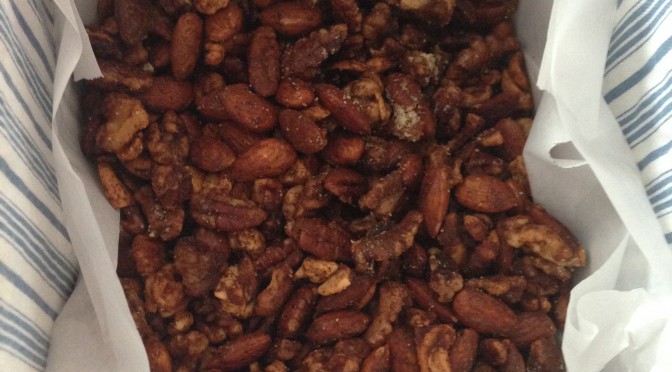 We decided to go and visit with Kim’s family for a party. They have dietary restrictions that preclude them from having much sugar, so Kim found this tasty little nut mix to make for them.

We were supposed to put it into a “fun packaging”, so we found the most “fun” container that we could readily find. I actually wasn’t expecting a whole lot out of a bunch of nuts, but they came out surprisingly well… Of course, I am not the best at being attentive to details on recipes, so I forgot to add in the Almond Meal and had to open the oven and add it once it was in the oven, but it got on there! 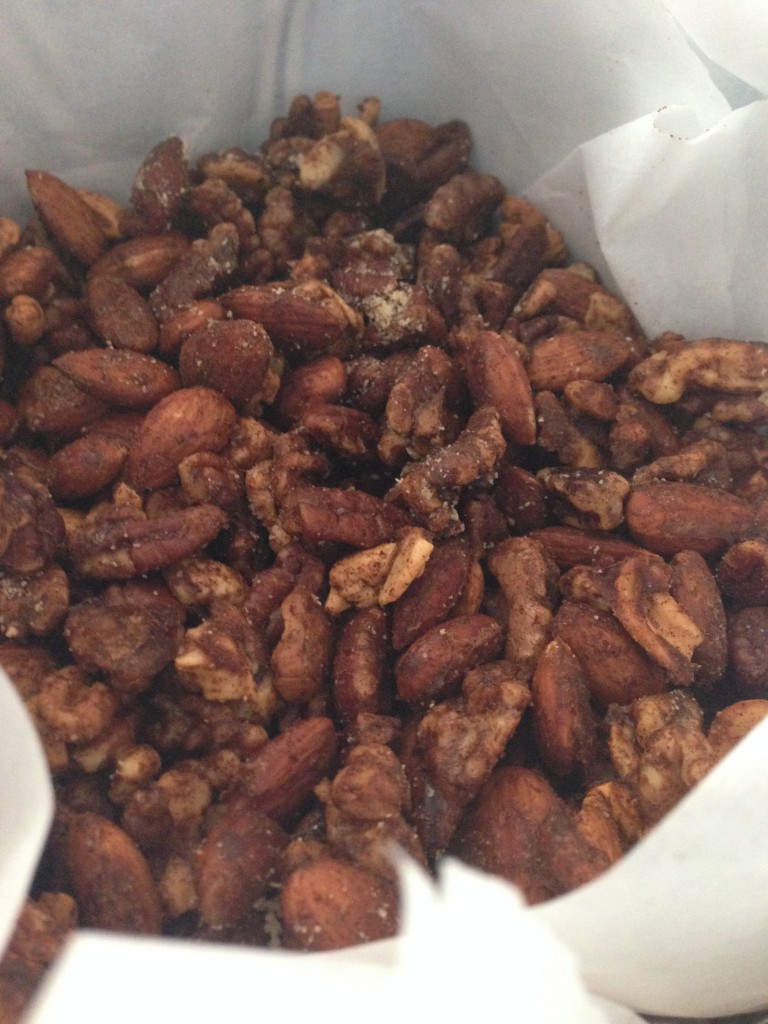 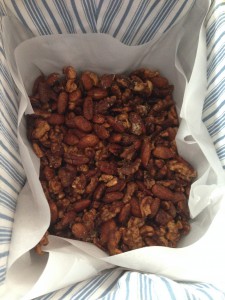