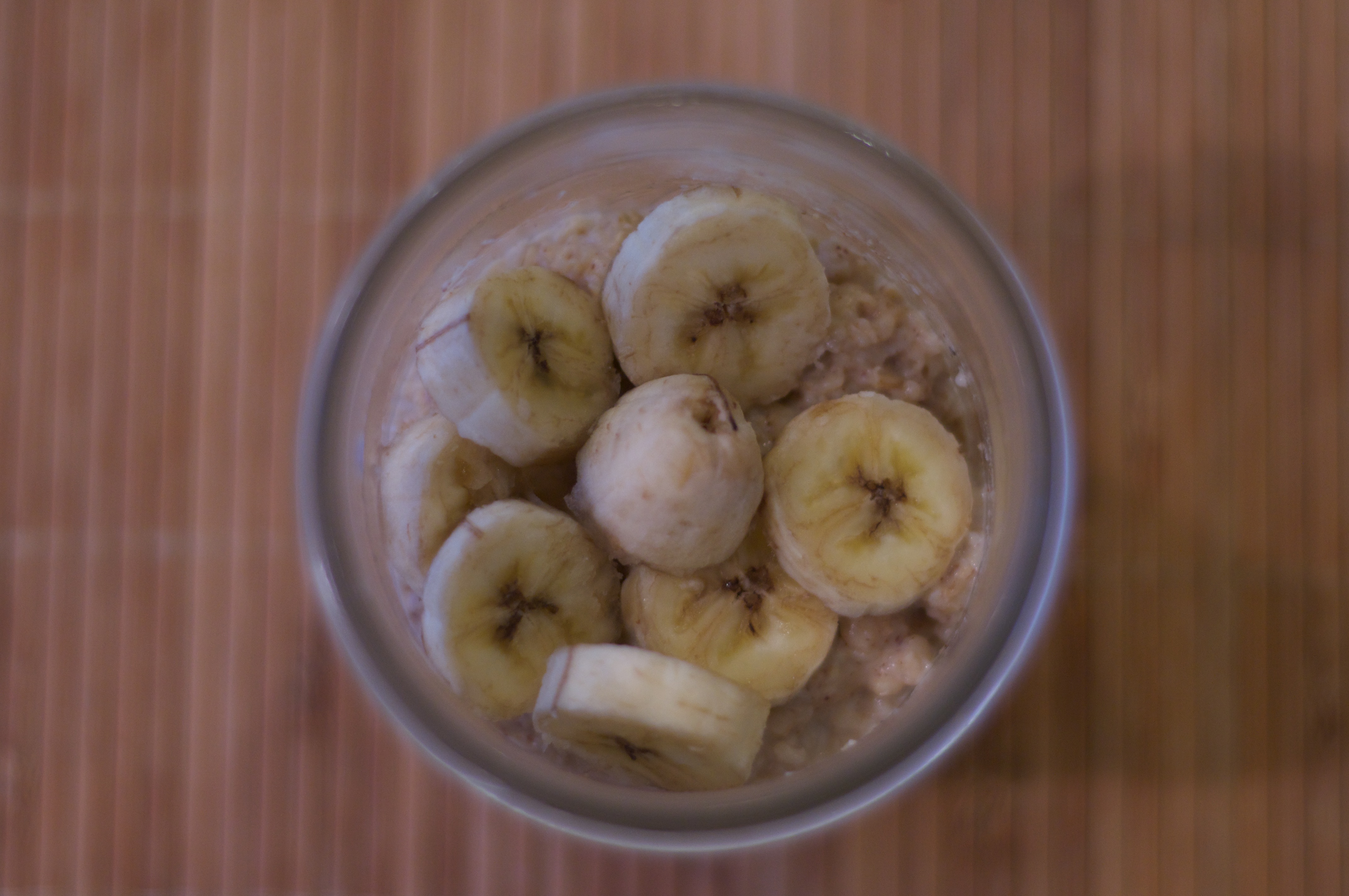 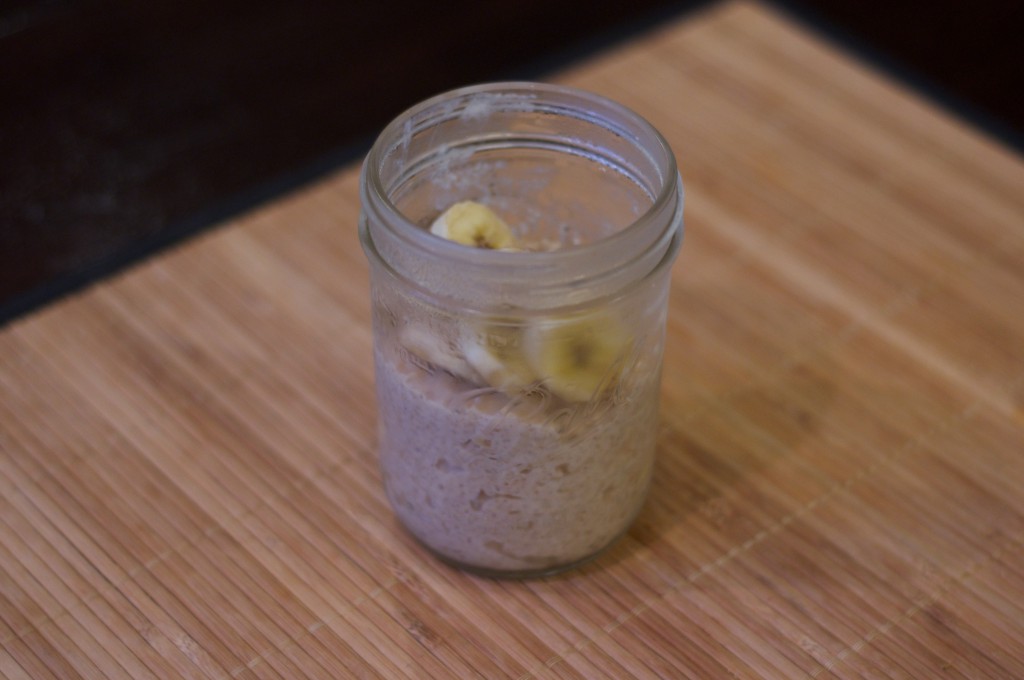 Mike doesn’t really want to eat a bowl of cereal for breakfast every morning because, admittedly, most cereals that taste good are usually full of sugar, especially the ones that say they are high in essential vitamins and minerals.  I believe that they probably did add all of those vitamins and minerals to the cereal.  However, in order for the cereal to be tasty, they add sugar and other unhealthy ingredients. 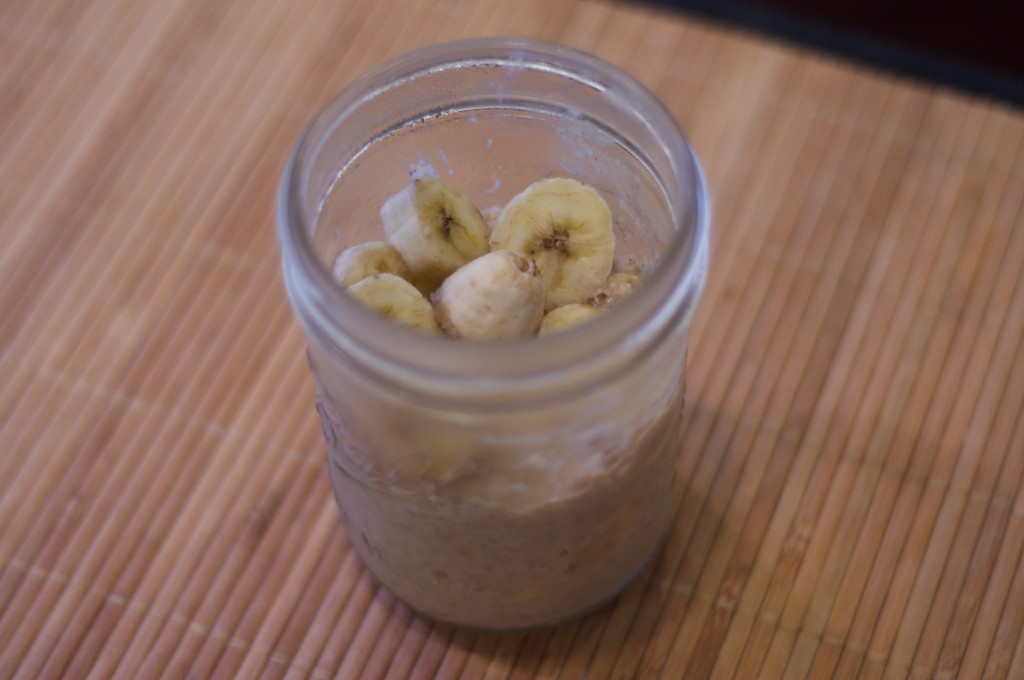 Mike has decided that he will have oatmeal for breakfast.  However, adding a large quantity of brown sugar to make oatmeal edible would defeat the purpose of trying to have a “healthy” breakfast.  Hence we use banana as a natural sweetener. 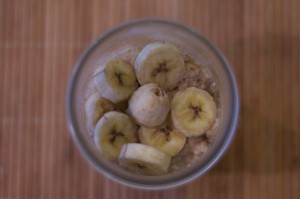