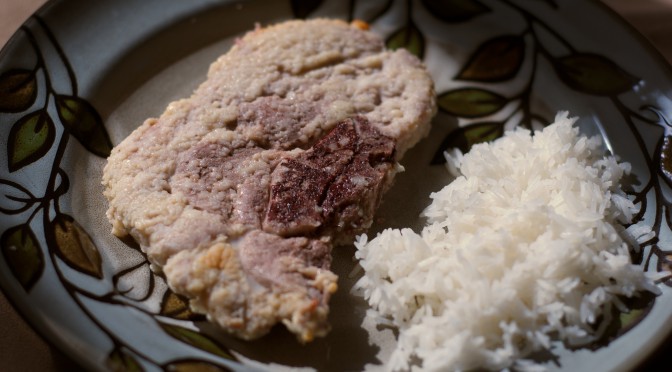 Kim was able to get an excellent deal on pork chops at the grocery store. The pork chops were buy one, get one free. On top of that, she bought the packages of pork chops that were on Manager’s Special. Each package had a two dollar off coupon on it. As a result, she not only was able to get one package for free, she also received four dollars off the purchase!

She wanted to make some good pork chops, but she didn’t want to fry them. She doesn’t like to fry food since it’s not very healthy, and the oil tends to splatter everywhere.  She served the chops with rice. 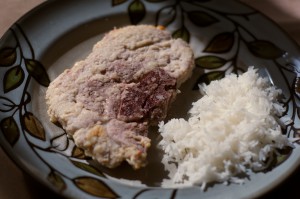