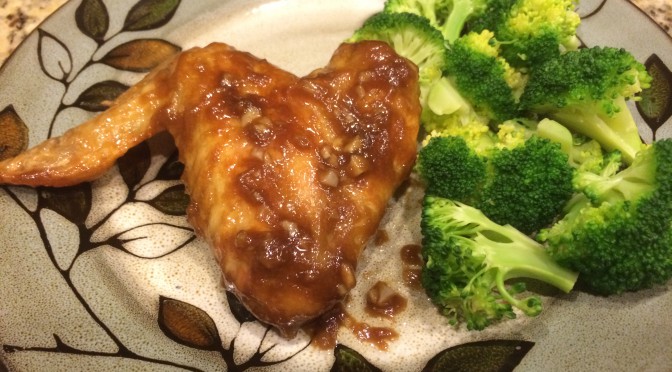 I bought a few pounds of chicken wings at the grocery store because chicken was 50% off.  Unfortunately I was not paying attention and did not buy “party wings” (actually I didn’t see a package of party wings and figured that this would be OK).

The difference between “chicken wings” and   “party wings” is that the “drumstick” and the “wing” are separated.  Additionally, the tip of the wing is usually not included.  The wings I bought had all three pieces attached.

Earlier in the day, I had tried to cut up the triple pieces of chicken wings, and nearly broke my scissors.  It was difficult to find the correct location in the joint where I could cut the chicken.

As a result, I decided not to try to cut the chicken wings into pieces.  I just cooked it “whole” in the oven.  It actually turned out OK, but it is better to use party wings.  It will be much easier to eat, and the chicken will cook more evenly in a shorter amount of time

Toss the wings in the sauce shortly after the sauce is finished.  Otherwise the sauce congeals rather quickly and the chicken wings will not be coated properly. 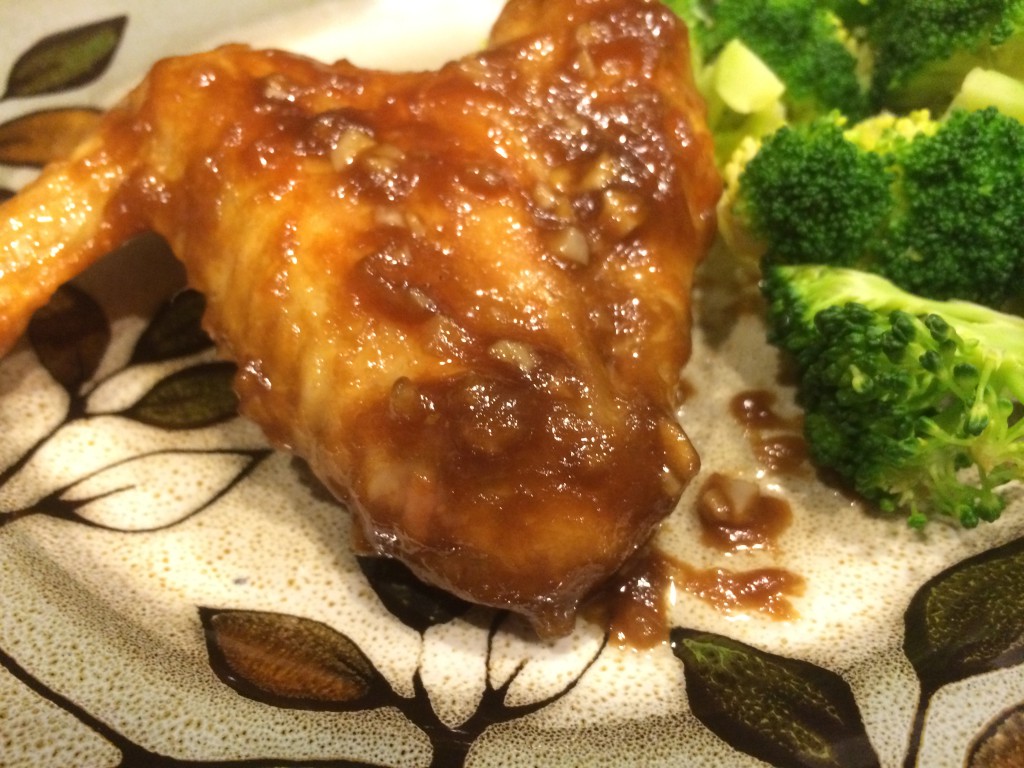 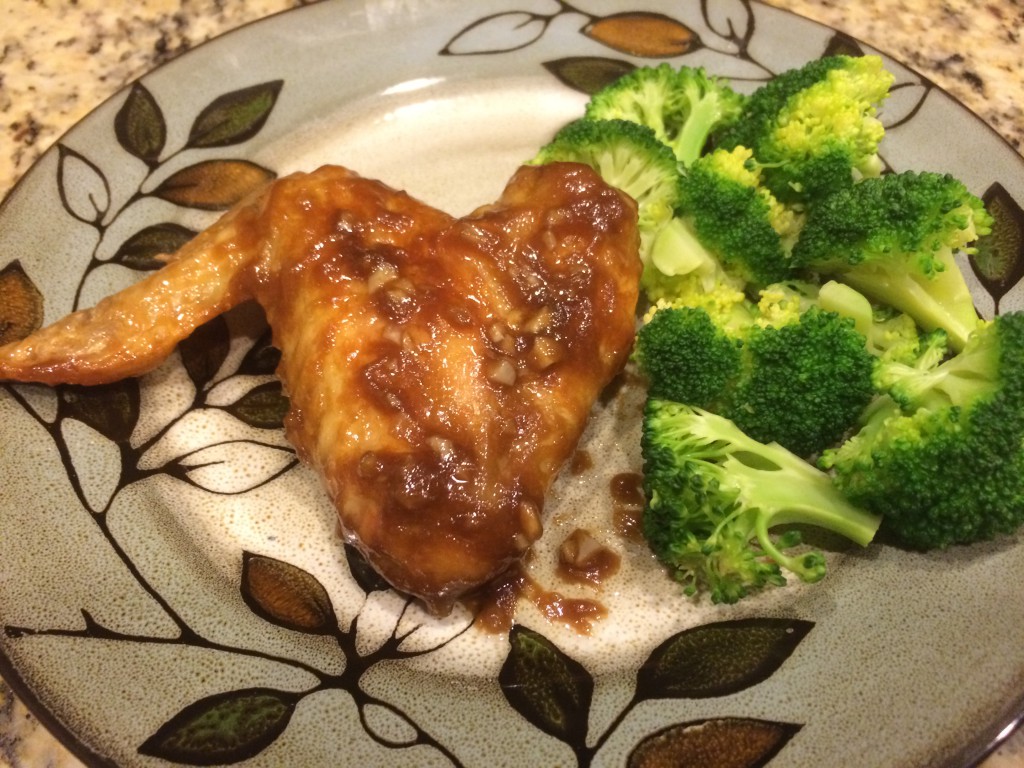 Print
Prep time
5 mins
Cook time
40 mins
Total time
45 mins
Crispy chicken wings, tossed in sauce, that are baked, not fried!
Recipe type: Appetizer
Cuisine: Asian
Serves: 6
Ingredients
For the Sauce
Instructions
For the sauce (start the sauce about 10 minutes before the chicken is finished)
Notes
* Regular chicken wings can be used, but it's best to use "party" chicken wings
3.3.2998