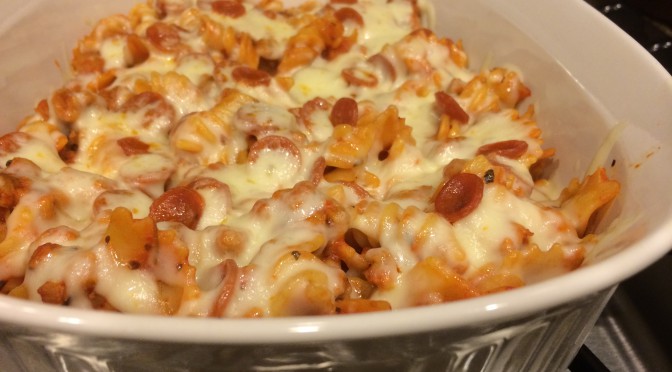 Mike loves pepperoni pizza.  We bought some mini pepperonis so that Mike could put them on top of his homemade pizza.  I’m not quite sure why we bought the mini pepperonis vs the normal sized pepperonis.  Maybe they were cheaper?  They do look really cute though. 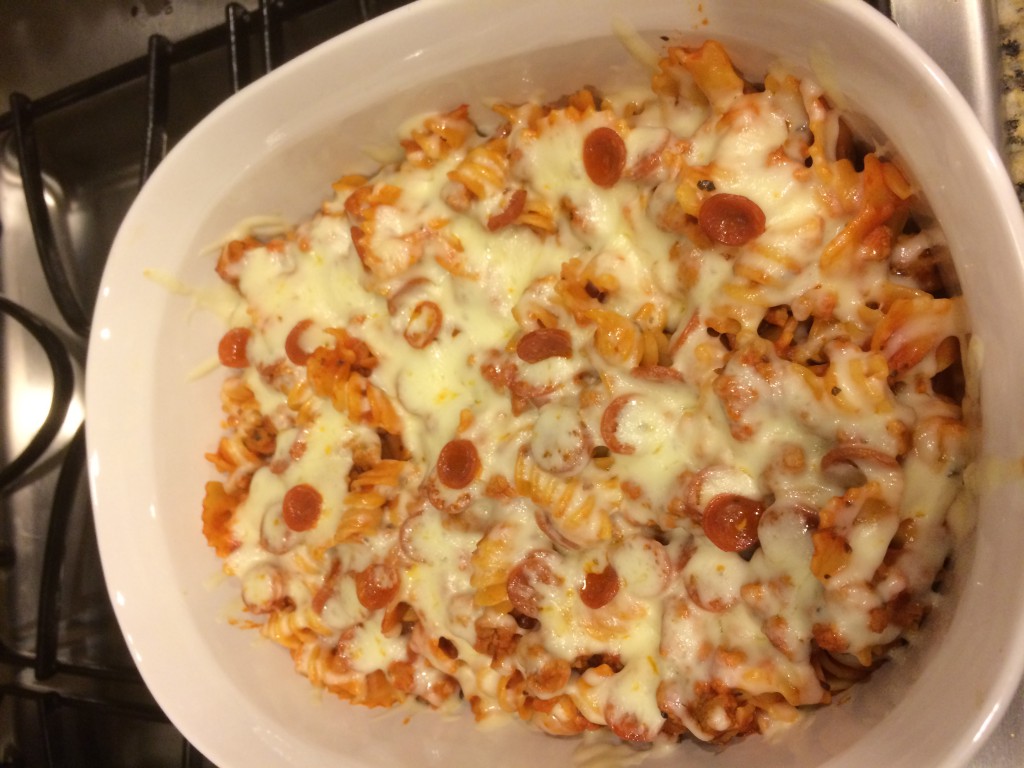 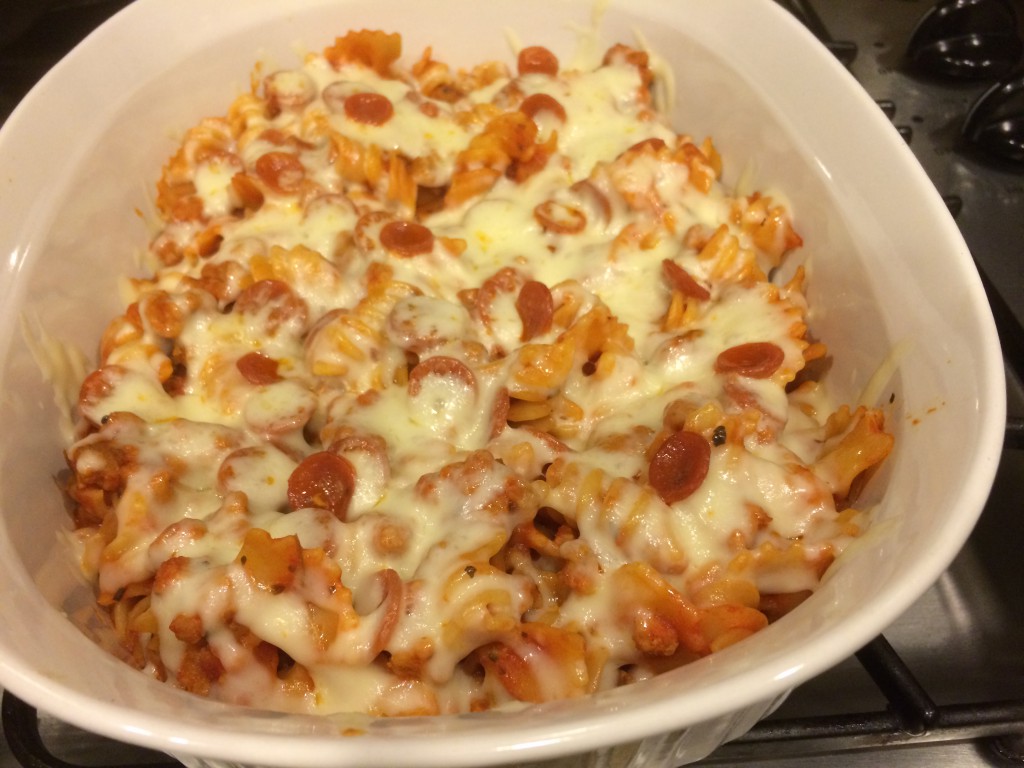 I decided to make this recipe in an attempt to use up the rest of the mini pepperonis.  Luckily Mike had decided to buy a big can of tomato sauce the last time we were at the grocery store. 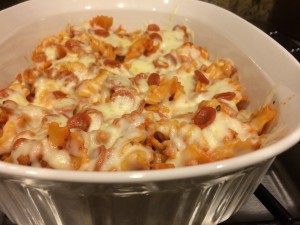