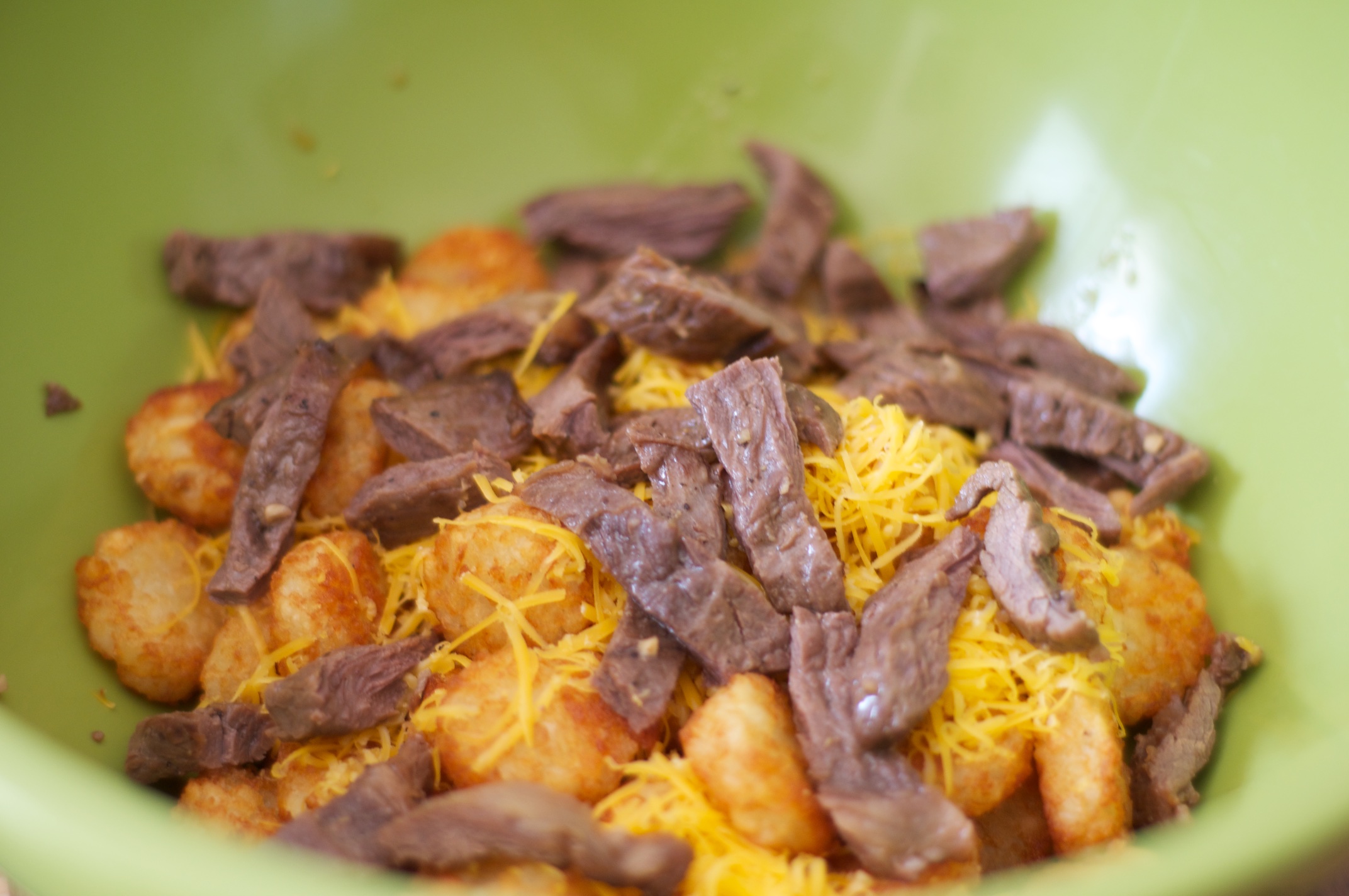 I love Korean Short ribs! They are just so sweet and savory, with caramelized sugar, grilled to perfection. Well, that is when they are made correctly. I’ve also had “bad” Korean short ribs which were too salty, or burnt to a crisp, or half raw. I didn’t really eat these last ones, but I did taste them. 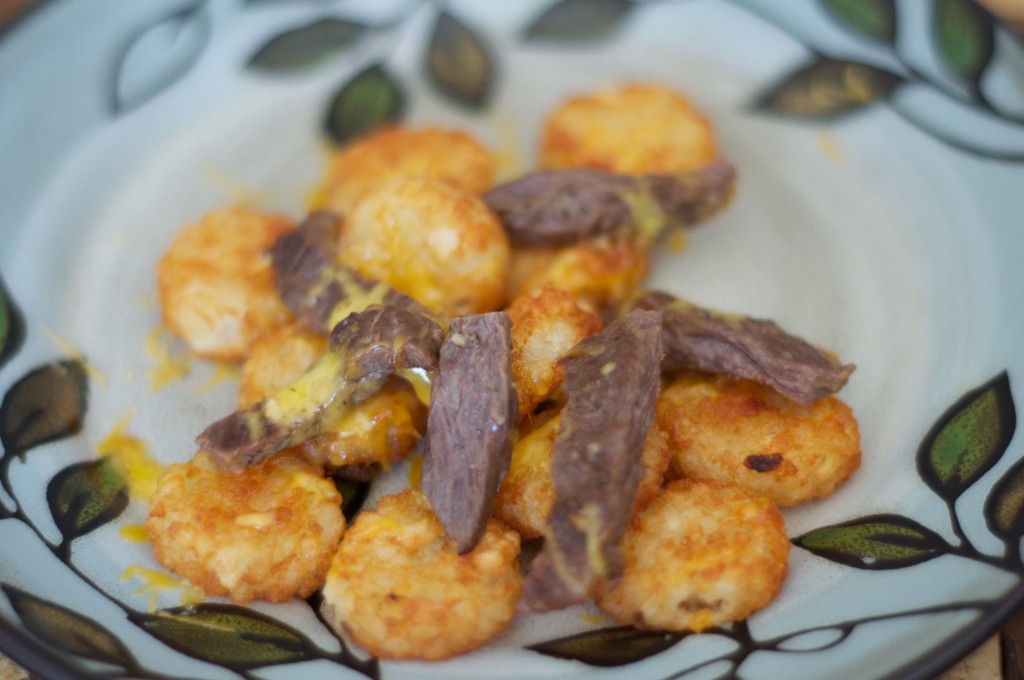 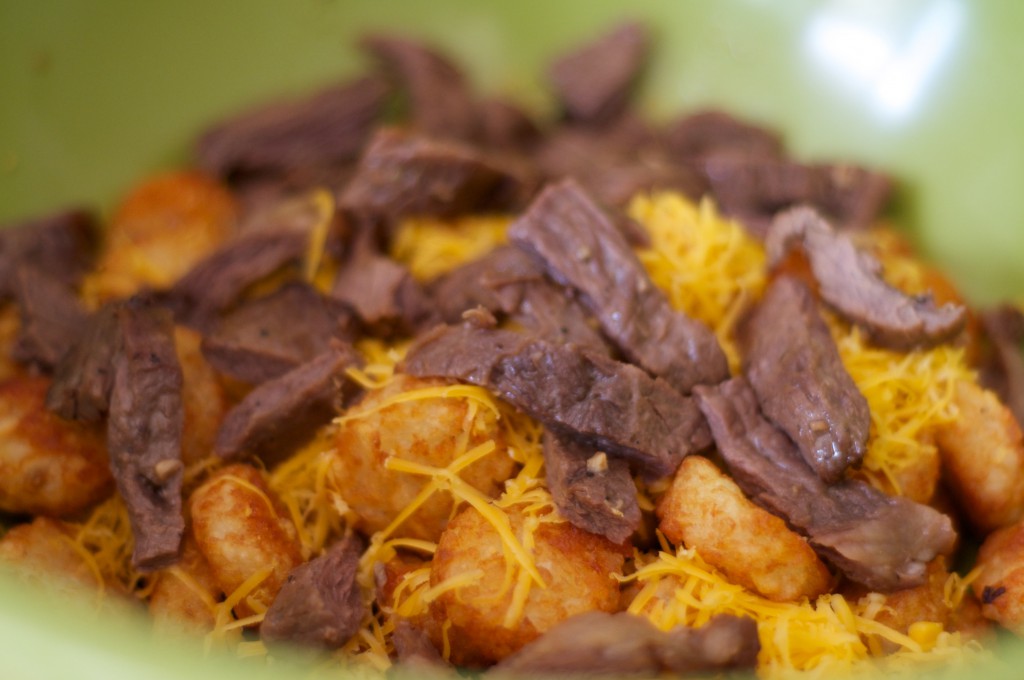 Although Korean short ribs do taste best when accompanied with rice, they can really be eaten with anything. Noodles, salad, broccoli, mashed potatoes, or even tater rounds. Tater rounds are similar to tater tots; you can think of them as the shorter, rounder cousin of tater tots.

Korean short ribs are traditionally made using “thin cut short rib” meat. The ribs are usually cut so that they are not much thicker than a quarter inch. Marinated Korean short ribs are readily available for purchase at most Asian grocery stores, but why would you, when you can easily make your own at home? The best part is that you control the ingredients which are in the marinade.

I chose to make Korean Short Ribs, or Kalbi using flap meat instead of the “traditional” short ribs because short rib meat is so fatty. I had also recently bought flap meat because it was on sale and I was trying to find ways to use it up. Another nice aspect of flap meat is that it is boneless!

I chose to cut up the marinated flap meat and eat it over the baked tater rounds which I had in the freezer. The result was delicious! 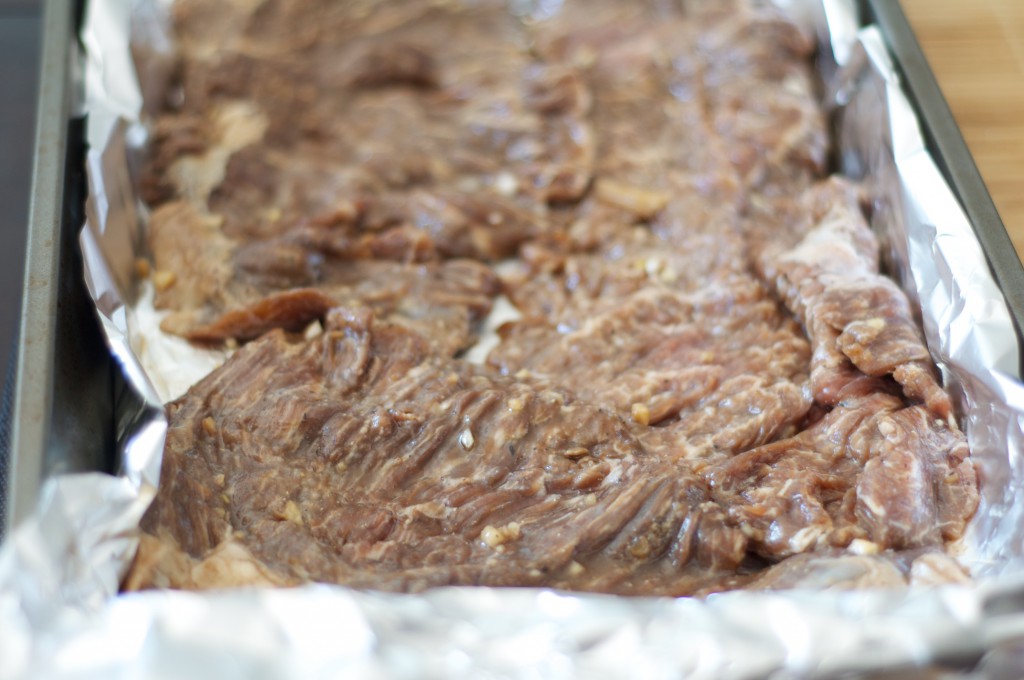 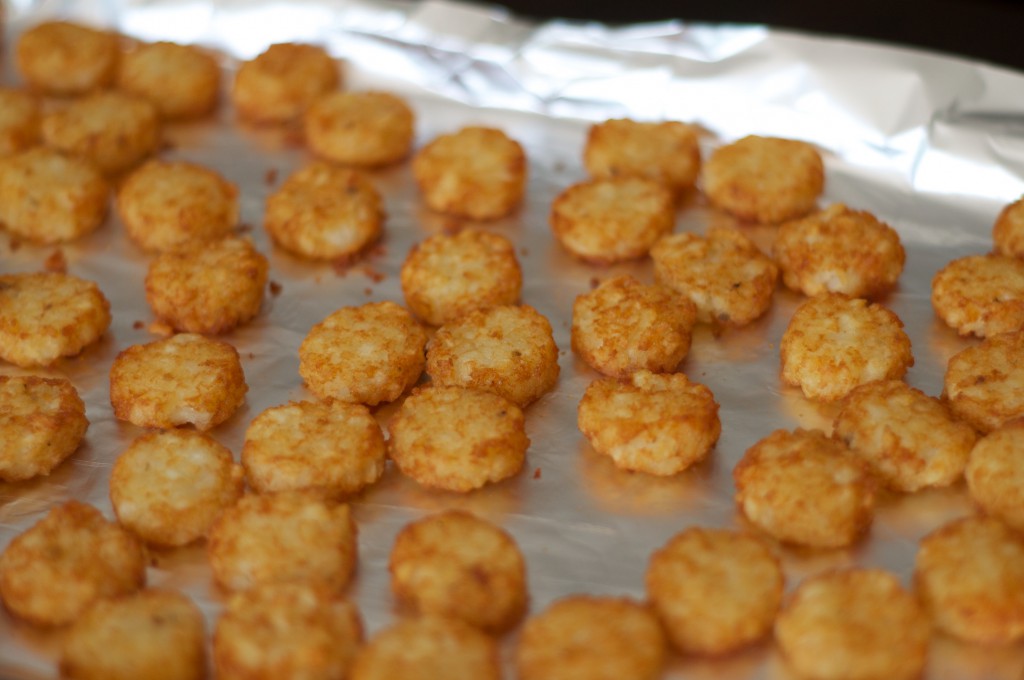 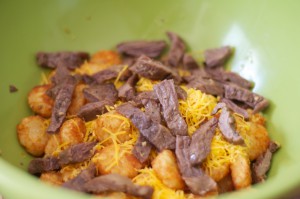