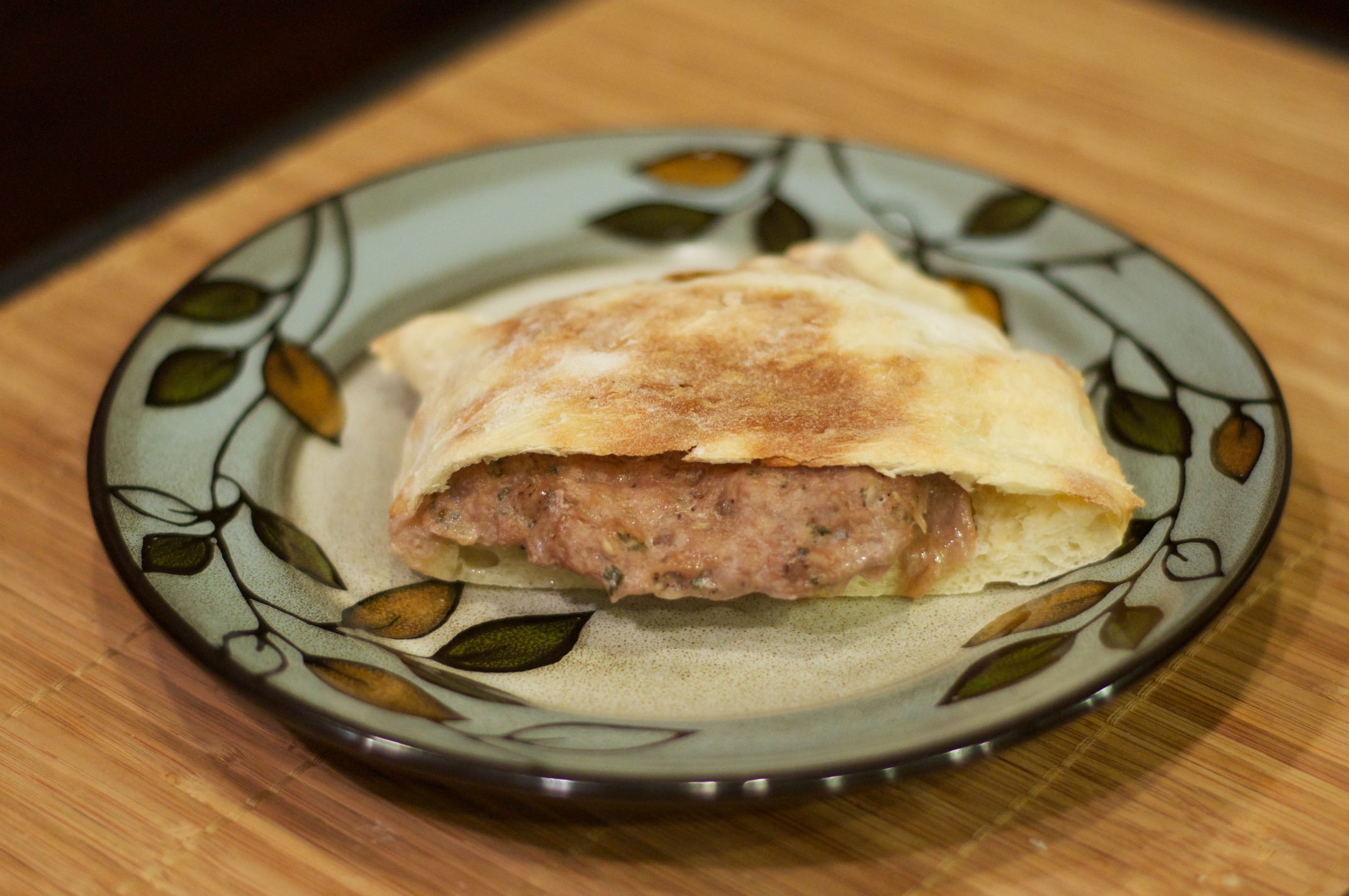 I was at the grocery store in and saw that ground lamb was on sale.  It was already prepackaged and was in the “manager’s special” section where the food must be eaten pretty much the same day it was bought.  I didn’t have any dinner plans, so I decided to buy a package and figure out what to make with it later.  I figured that there are so many recipes that use ground beef, where I usually use ground turkey instead, why not use ground lamb instead of ground beef?  I didn’t actually end up using the ground lamb that night (I forget why), and threw the package in the freezer. 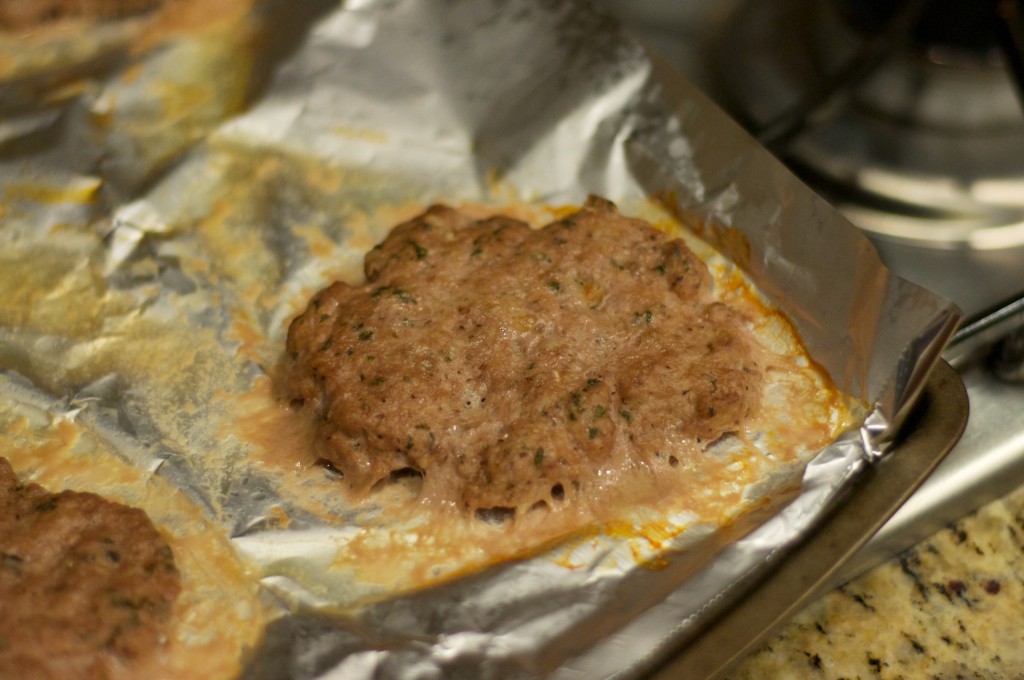 I was looking in the freezer the other day to see what I should defrost for dinner the next day.  The ground lamb was on a shelf in the front of the freezer, so I decided that I wanted to make something with that.  I also noticed two balls of pizza dough which Mike had made previously, and wanted to use those too. 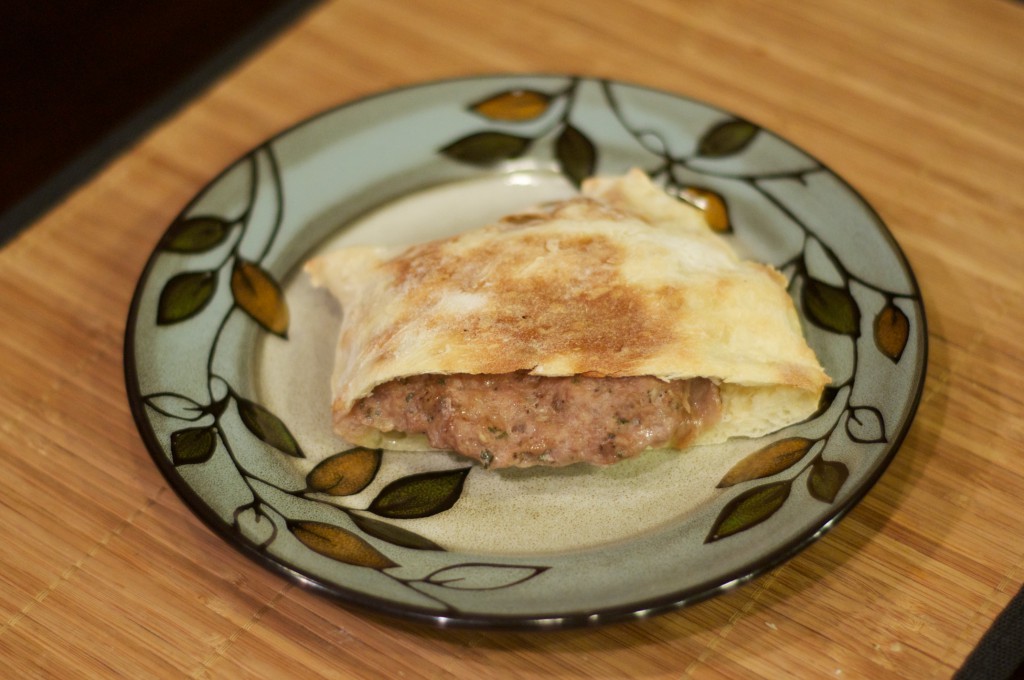 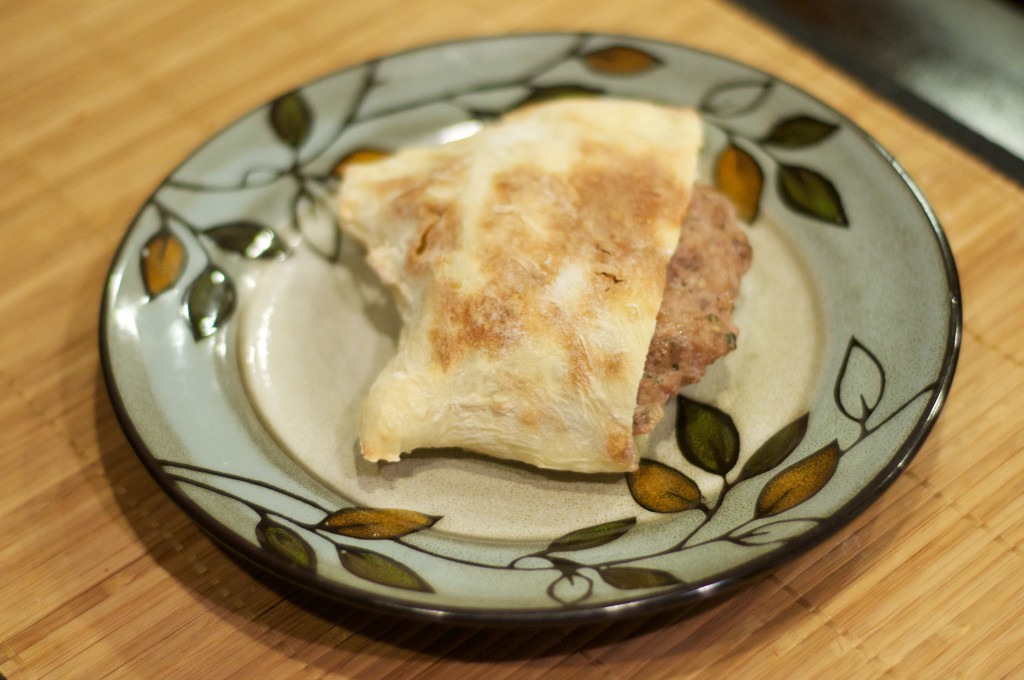 Then it hit me.  What about a lamb burger?  That would be simple enough to make.  I don’t have hamburger buns, but I could use the pizza dough to make the slices of bread for the buns!  As it turns out, my pizza dough ended up looking more like “pita bread” than thin crust pizza, so I cut them in half and put the lamb burgers inside the pockets instead of using them as buns. 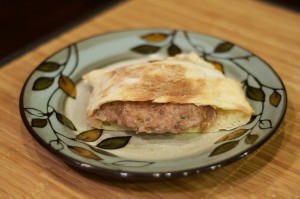 Adapted from   Taming of the Spoon