When I was in Washington D.C. last time, I went to Chevy’s. They had a stand in which they were freshly making their own tortillas. We took a shot at making our very own home-made tortillas as well. These are flour based, not corn. We then decided to make them as a snack to share in the form of quesadillas with just a simple shredded cheese mix as the filling. Quite yummy! 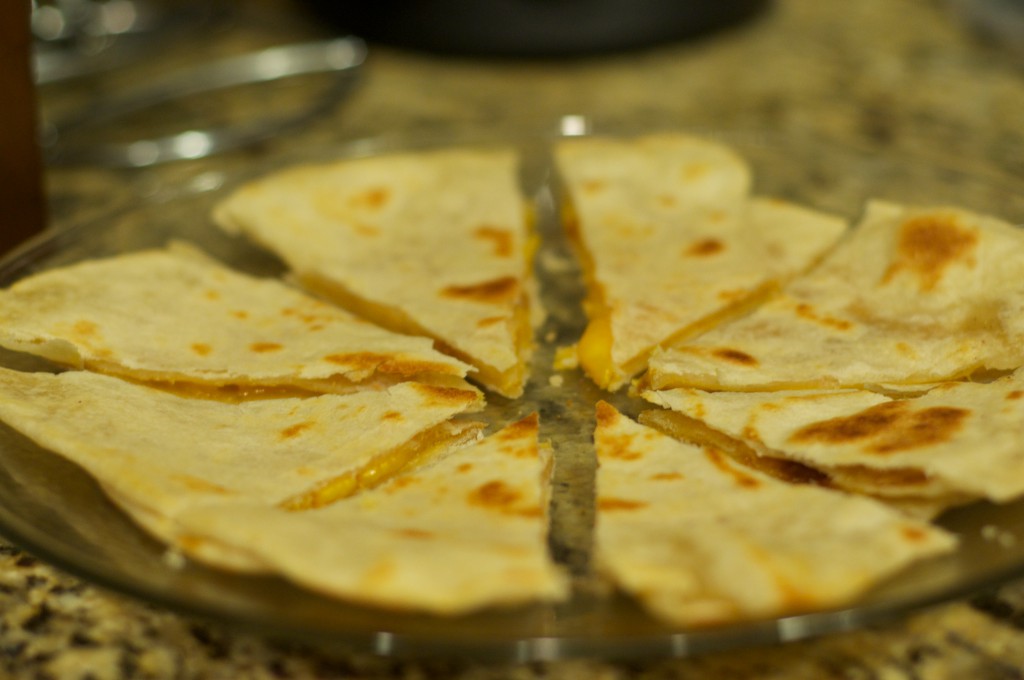 I would assume that these would be a lot easier to make with a tortilla press.  I, of course, did not have one, so I just rolled out the tortillas using a rolling pin.  No, they did not come out in an exact circular shape like the ones that can be bought at the store, but they still tasted delicious! 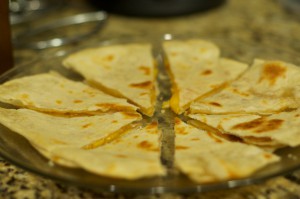