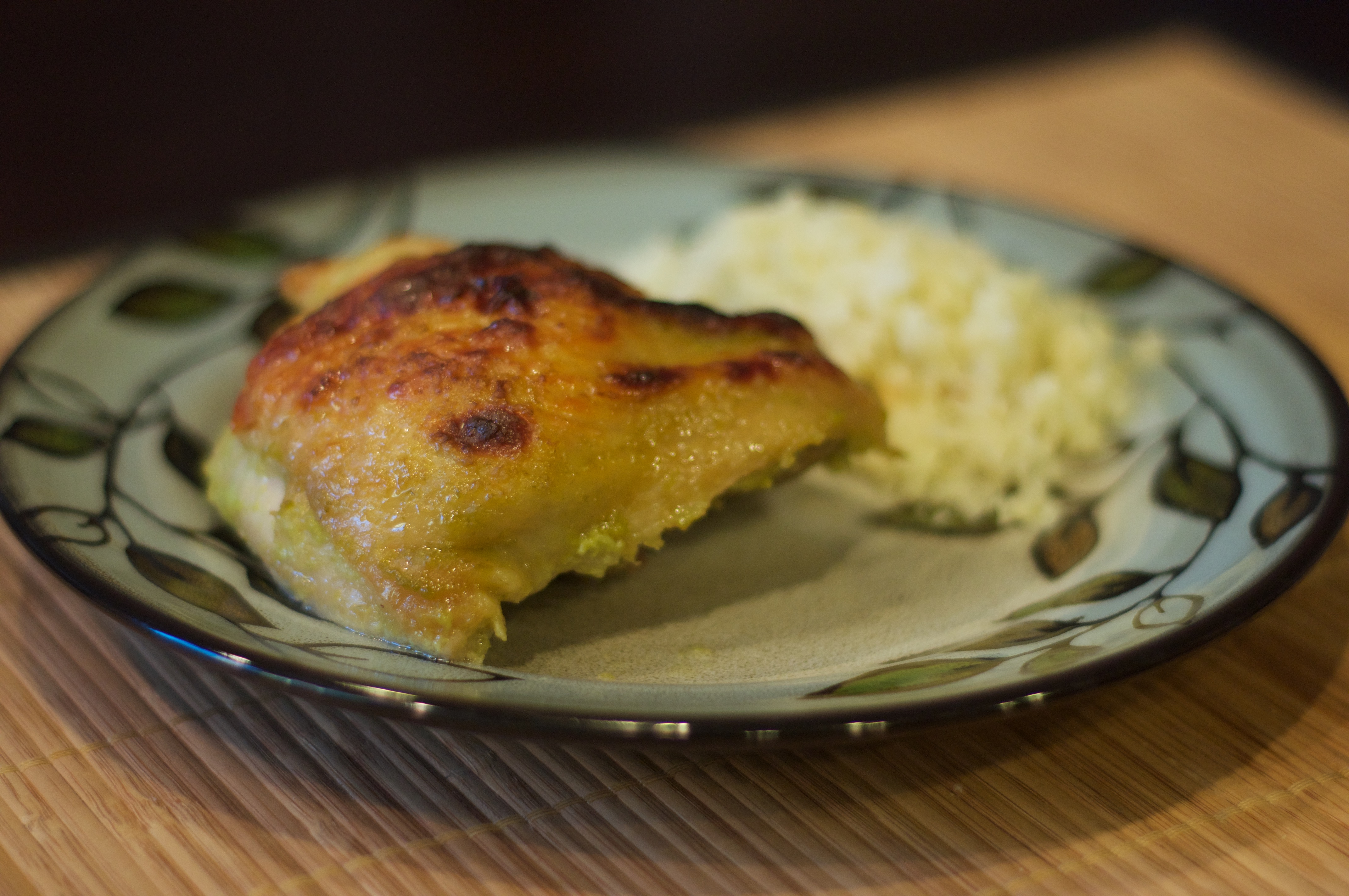 I tend not to make food that needs to be marinated because then I have to plan out the meal ahead of time.  I then spend all this time making the marinade and “preparing” the food, but then don’t get to enjoy it until a later time!  I then have to make another meal to eat that night.  I’m essentially making two meals in one night! 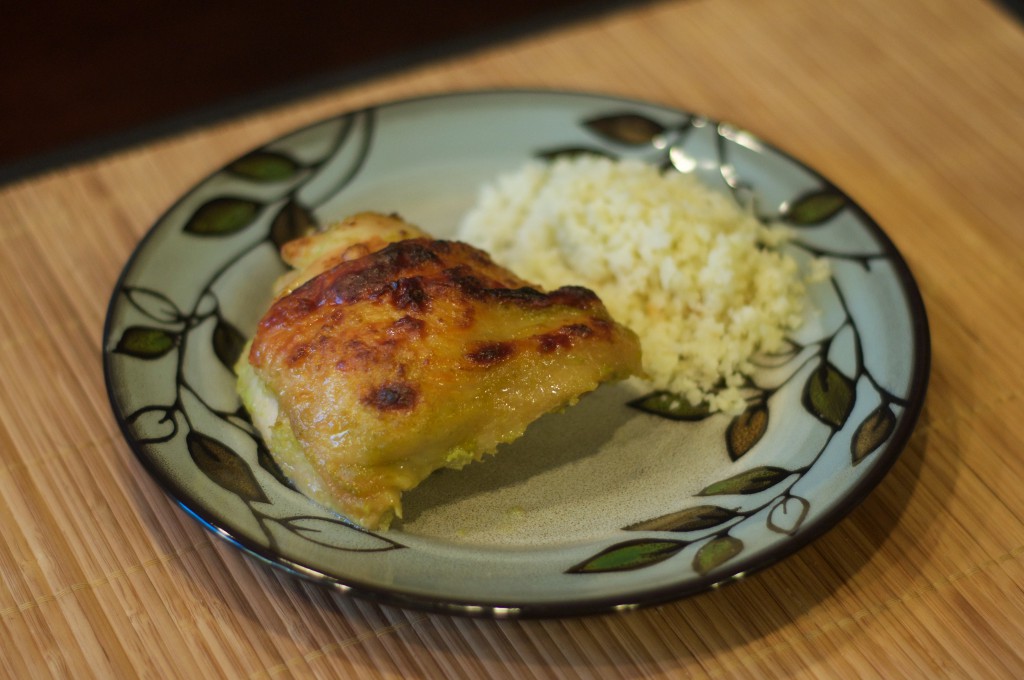 This marinade is actually pretty quick to make.  I had  a few doubts about it since I’m not the biggest fan of scallions.  I realize that they enhance the taste of many food items, but they do have a pretty strong flavor.

The chicken actually turns out pretty good and the scallions were not too strong.  It did have an “Asian” flavor to it.  It’s hard to describe since it’s not a “teriyaki” or “five spice” flavor. 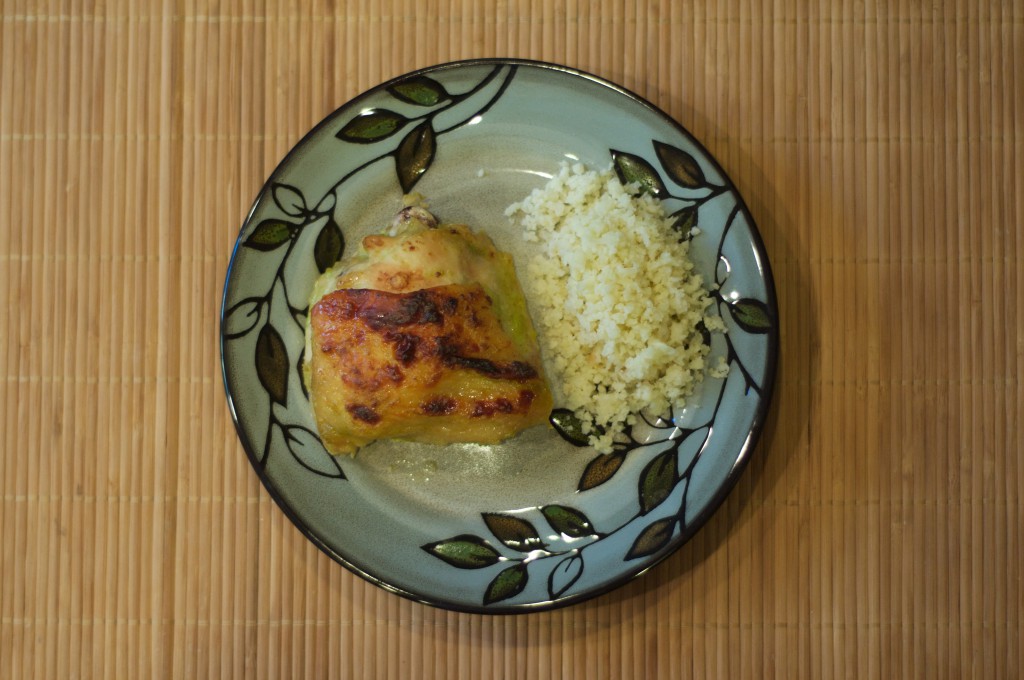 The marinade was really quick and easy to make.  I put all of the ingredients except ginger in my Vitamix and blended it until it was smooth.  I marinated the chicken the night before and baked the chicken the next night for dinner. 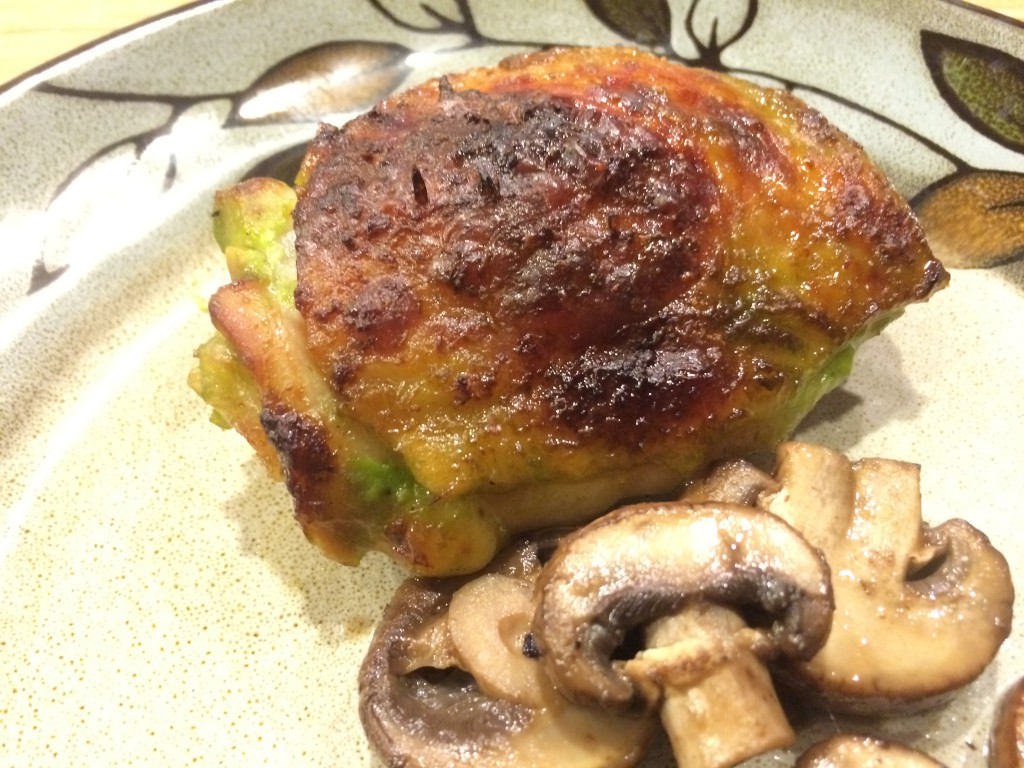