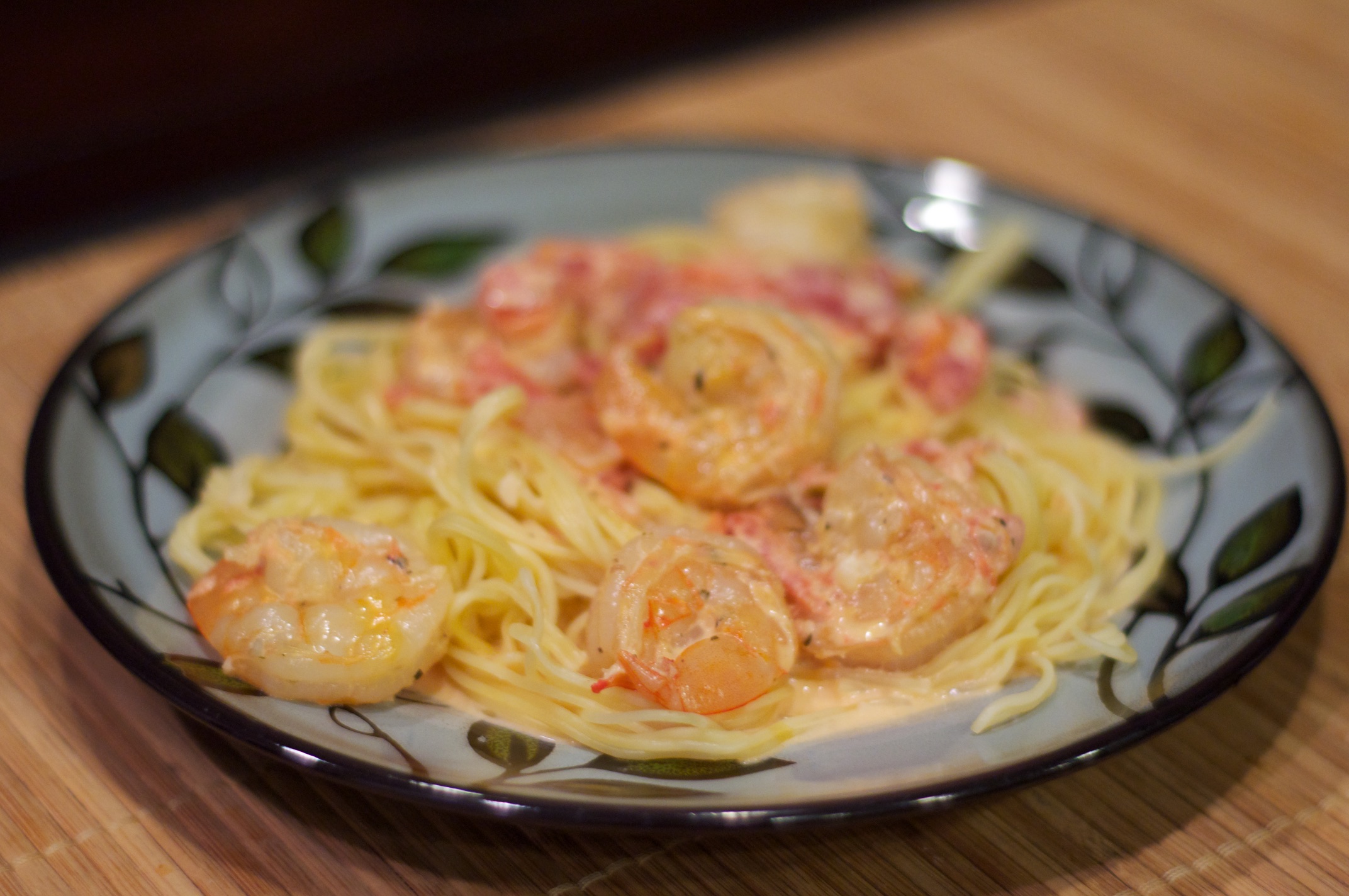 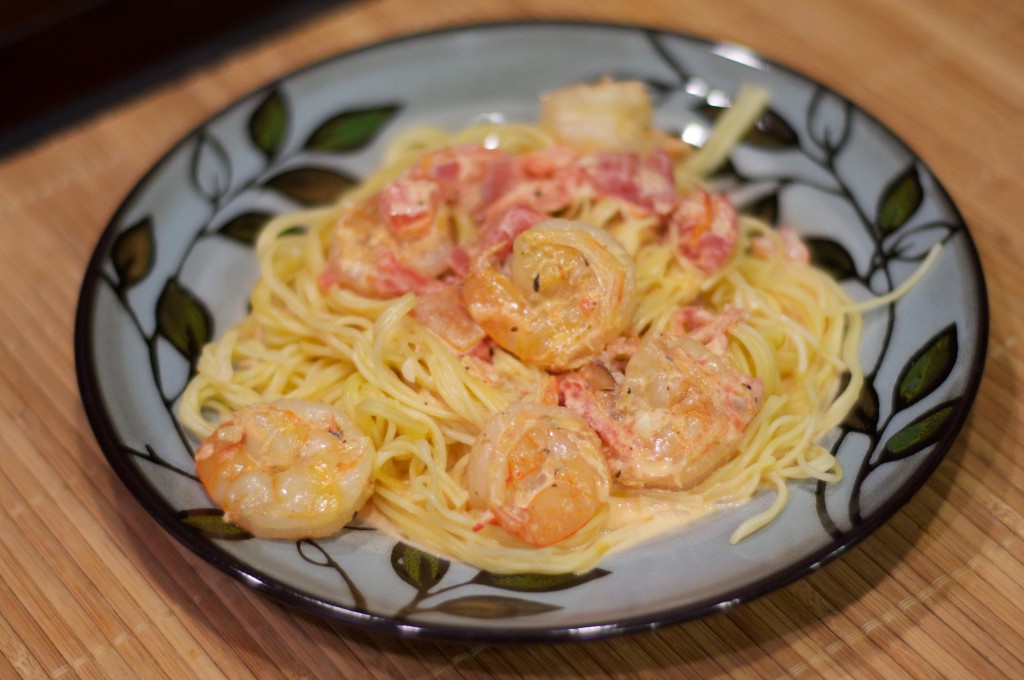 Another issue that I have with heavy cream is that I can never find small contains of heavy cream when I need it.  When I’m looking for heavy cream at the grocery store because it is needed for a recipe, they only seem to have the quart size or bigger in stock.  Other times, they have the pint size in stock, but it’s maybe 20 cents cheaper than the quart.  I can get double the heavy cream for only 20 cents more?  Of course I’m going to buy the quart size.  But now I have to find recipes to use up that whole quart of heavy cream… 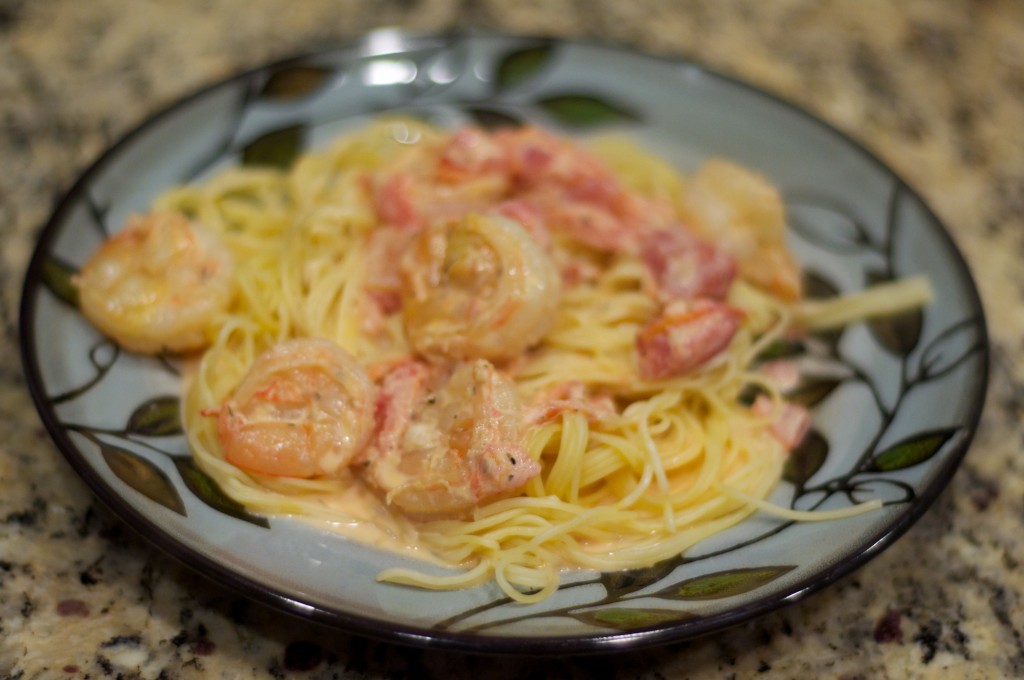 Then I start trying to figure out what dish to make with the heavy cream.  Soups are popular, but I’m not really a soup person, and neither is Mike, so we can only eat so much soup.  Luckily there are quite a few pasta dishes that use heavy cream, and Mike loves pasta. 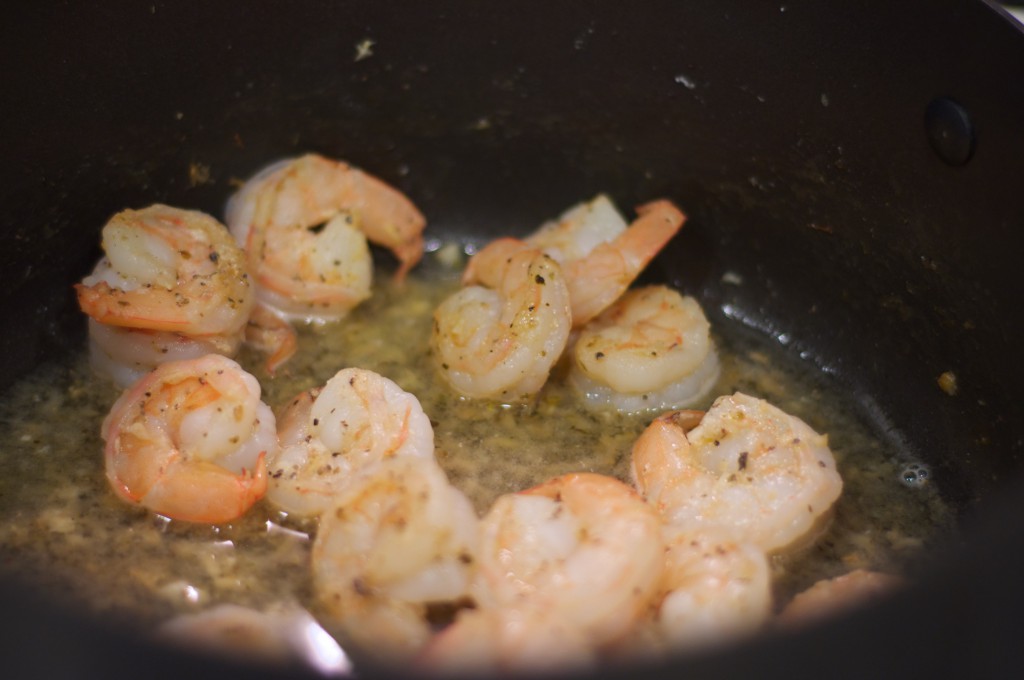 I’ve also learned to keep diced tomatoes on hand since those are great for pasta dishes.  I stock up on noodles when they are on sale and can easily make a pasta dish on a busy weeknight when I don’t really have the time or energy to make an elaborate meal.  As it turns out, shrimp was on sale at the grocery store, so I threw that in too.  This dish, similar to the other dishes I have made which use heavy cream was amazing! 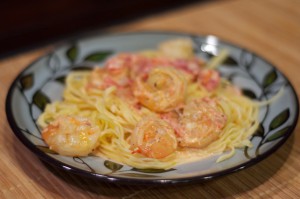