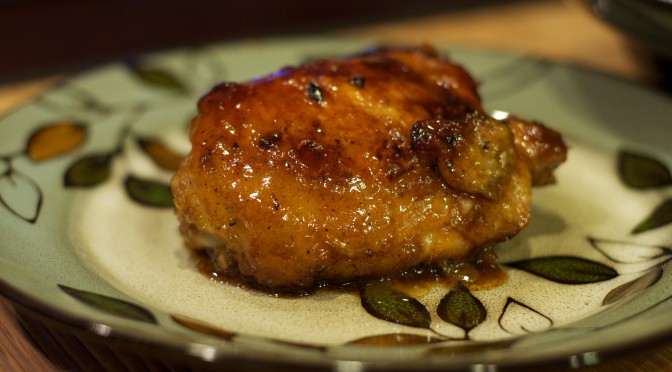 Mom had given me a number of organic oranges which she had grown in her backyard.  I thought I would be making lot of smoothies for Mike since he loves Strawberry, Orange, Banana smoothies.  Somehow, even though he had a few smoothies, I still had a large number of oranges. 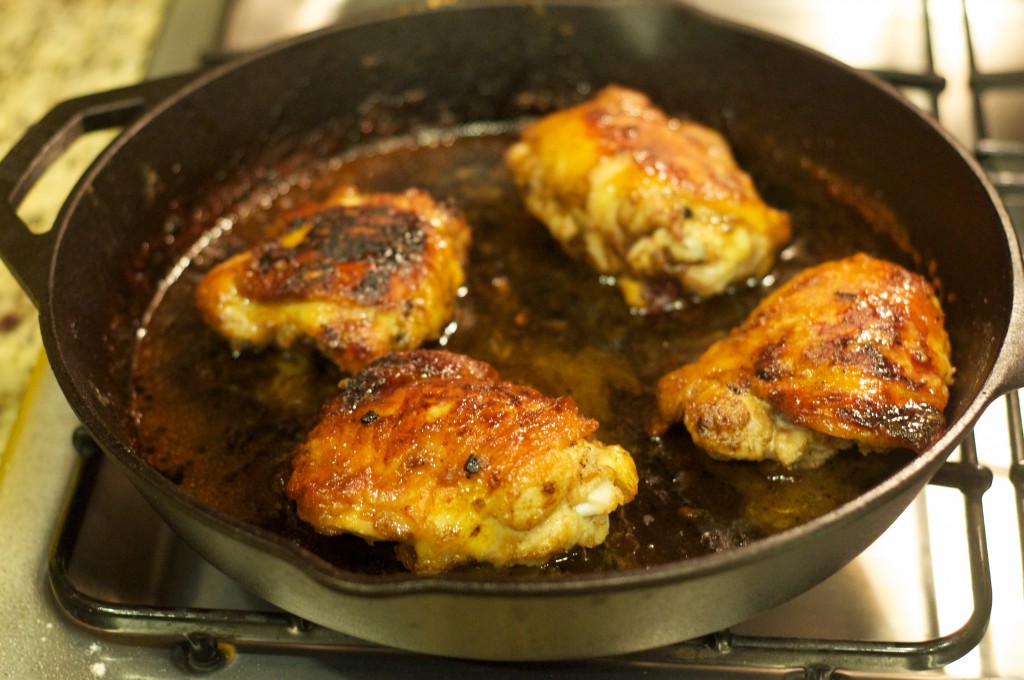 The chicken is first seared so that the skin is crispy and crunchy.  It is finished in the oven so that the juices are retained. 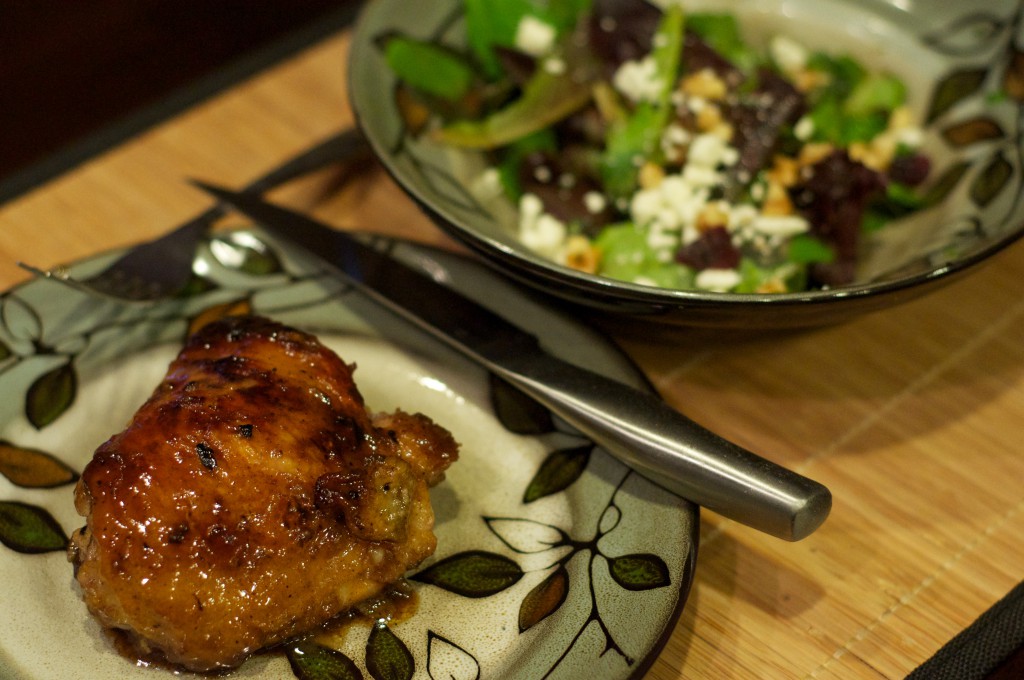 I decided to make this recipe because it calls for 1 1/2 cups orange juice.  I figured that I would need to use quite a few oranges to get that much juice. 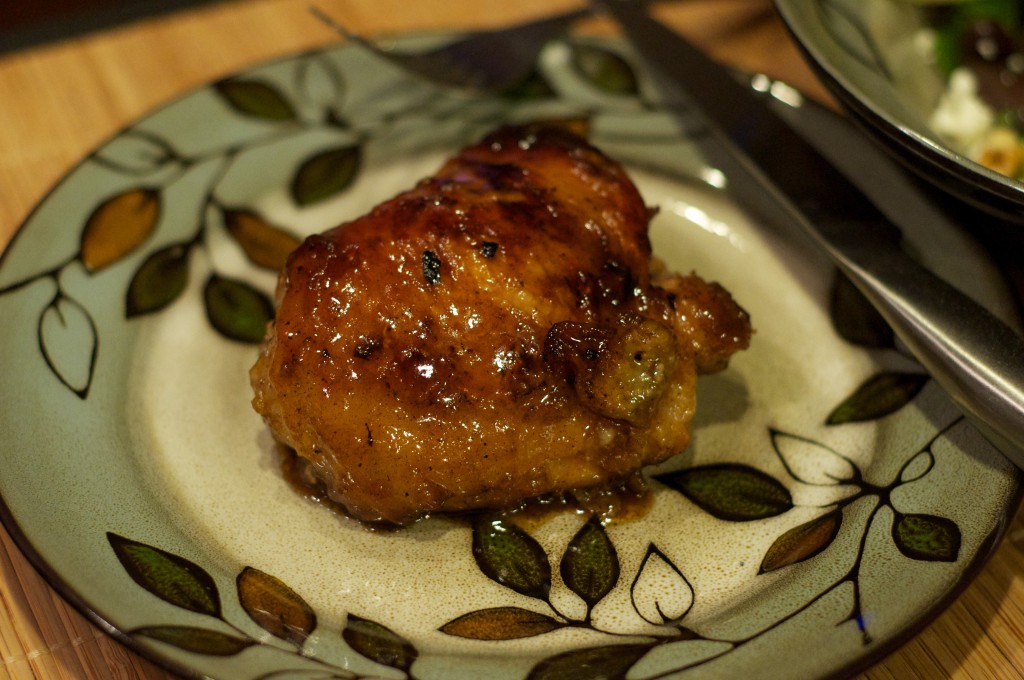 Although the dish has a strong orange flavor, I could also taste the Dijon mustard.  If you find Dijon mustard strongly abhorrent, I would suggest omitting it from the recipe.  It doesn’t have a strong mustard taste, but the flavor is definitely there. 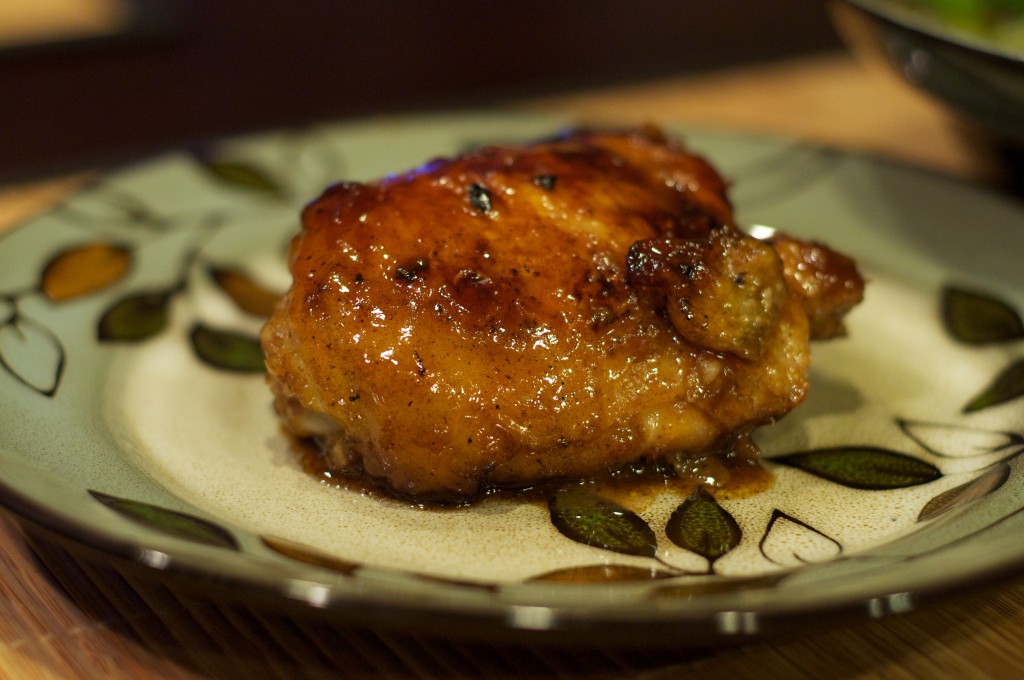