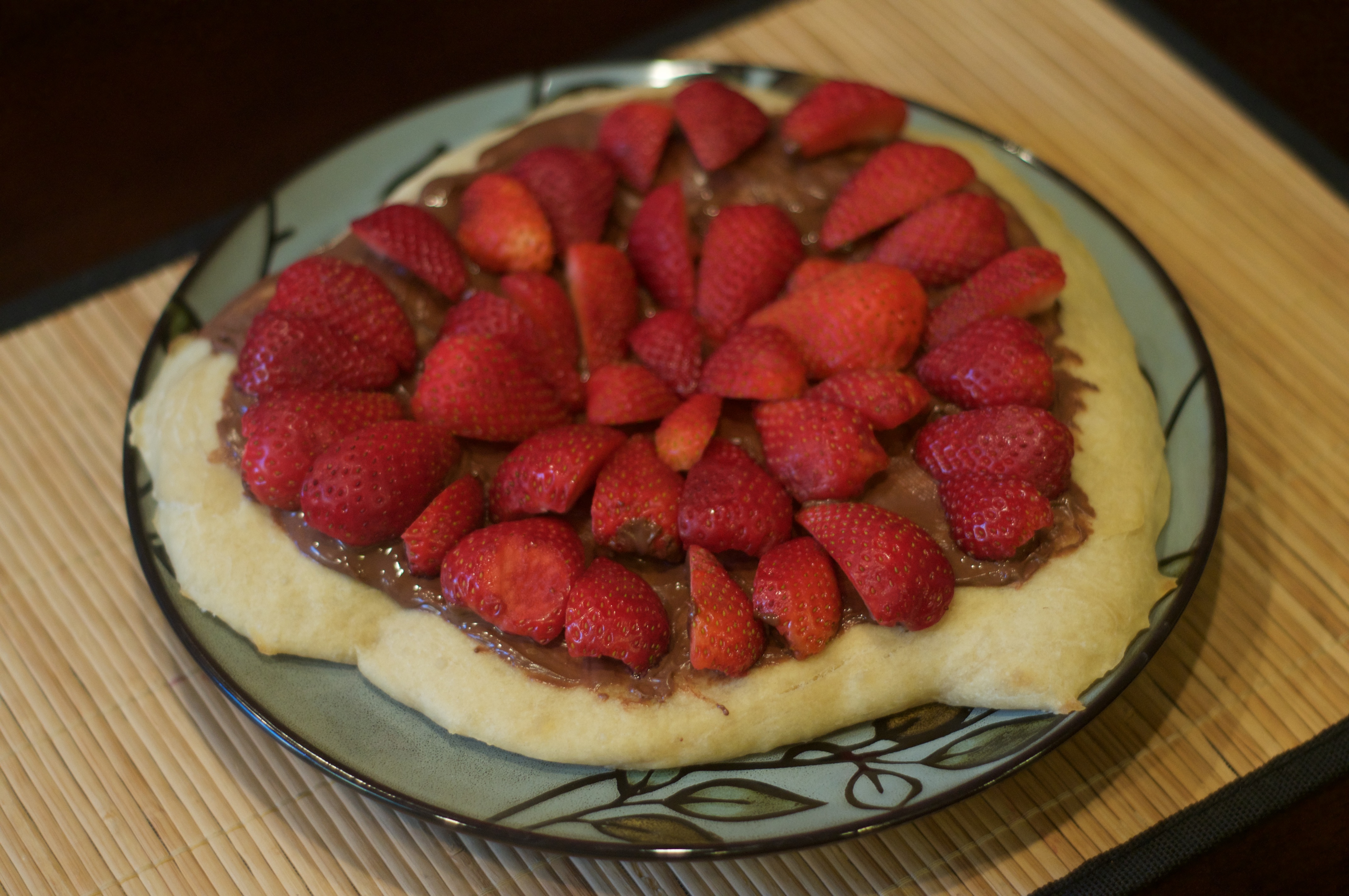 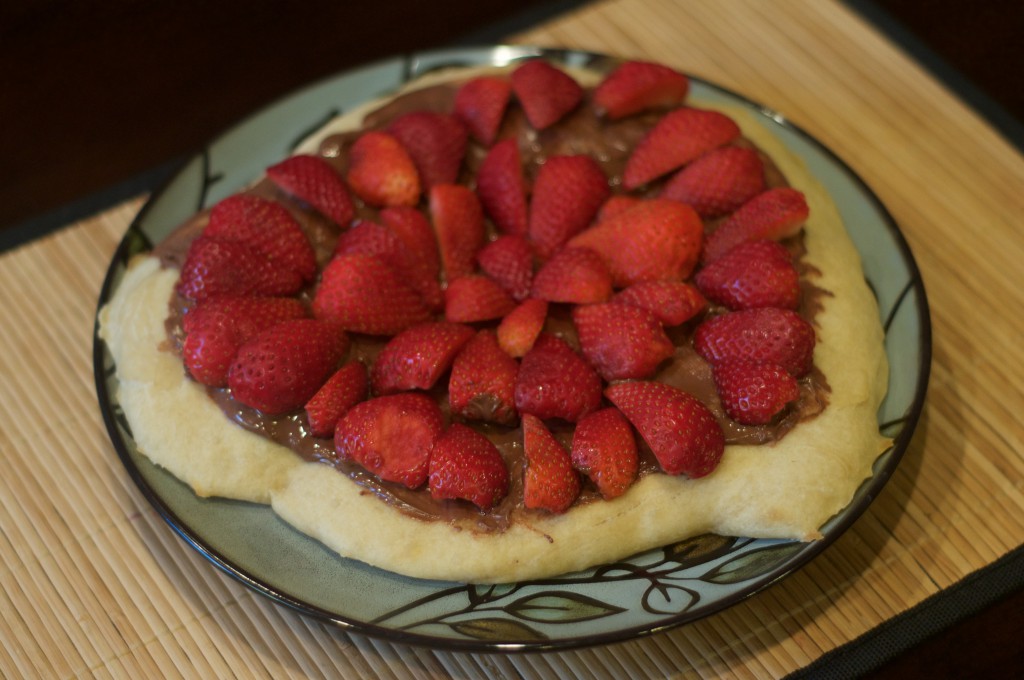 Maybe the pizzas we make are just too delicious that everyone wants seconds (or thirds!).  Or maybe we just have too many people over at the same time.  But I digress. 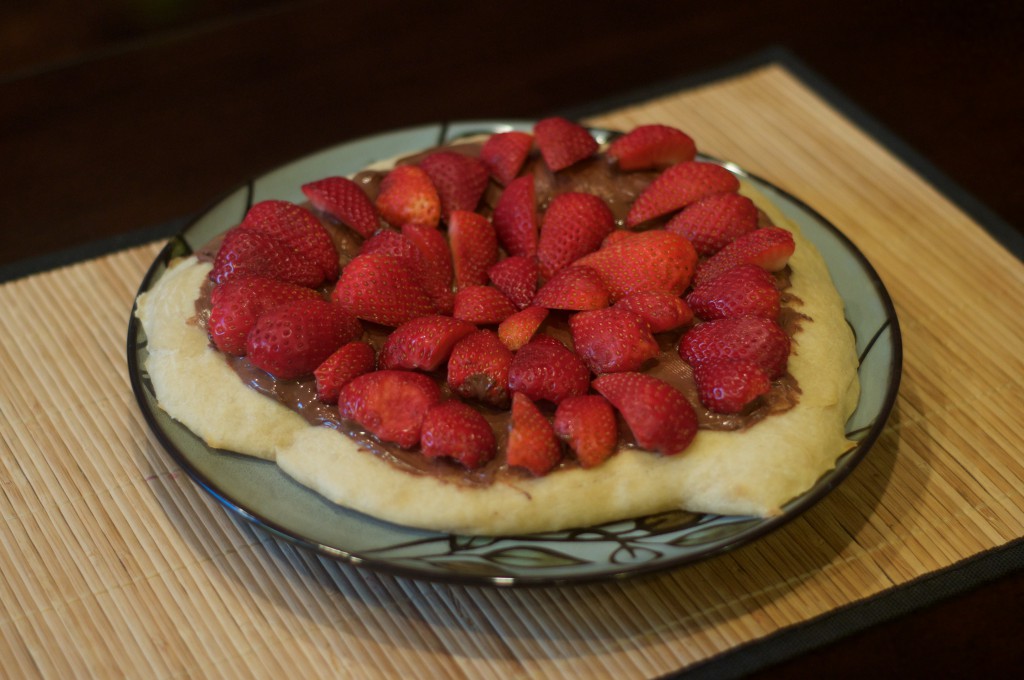 As a result, I often find myself trying to find ways to use up the balls of pizza dough that are not made into pizzas.  As it turns out, we also have a jar of Nutella in the pantry.  We bought a Costco pack of Nutella because we had such high hopes for the refrigerated crepes that are also sold at Costco.  We tried a sample of the crepes, with Nutella spread over them and pretty much immediately put a package of Nutella and the crepes in our shopping cart.  Alas the crepes  DID NOT turn out as delicious at home, no matter how hard we tried to reproduce the delicious sample that we had at Costco. 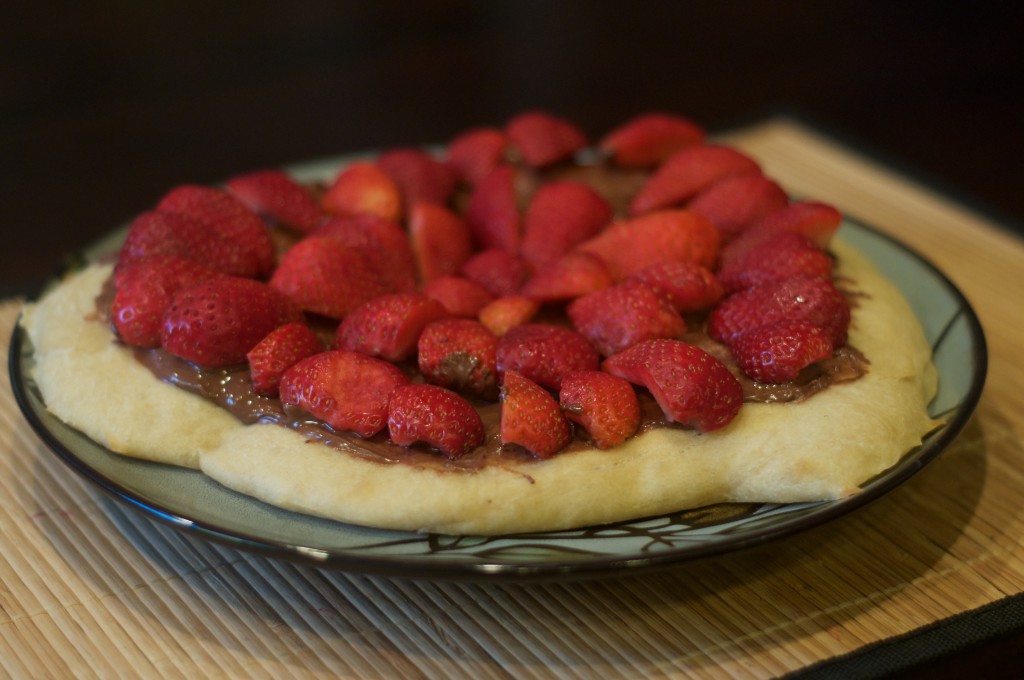 Since we were going to a friend’s house, and needed to bring a snack to share, we decided to make a dessert pizza to share! 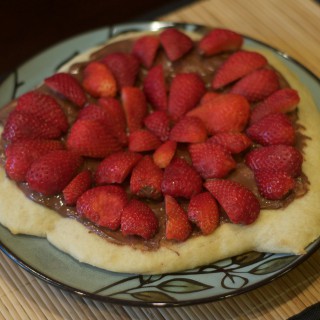