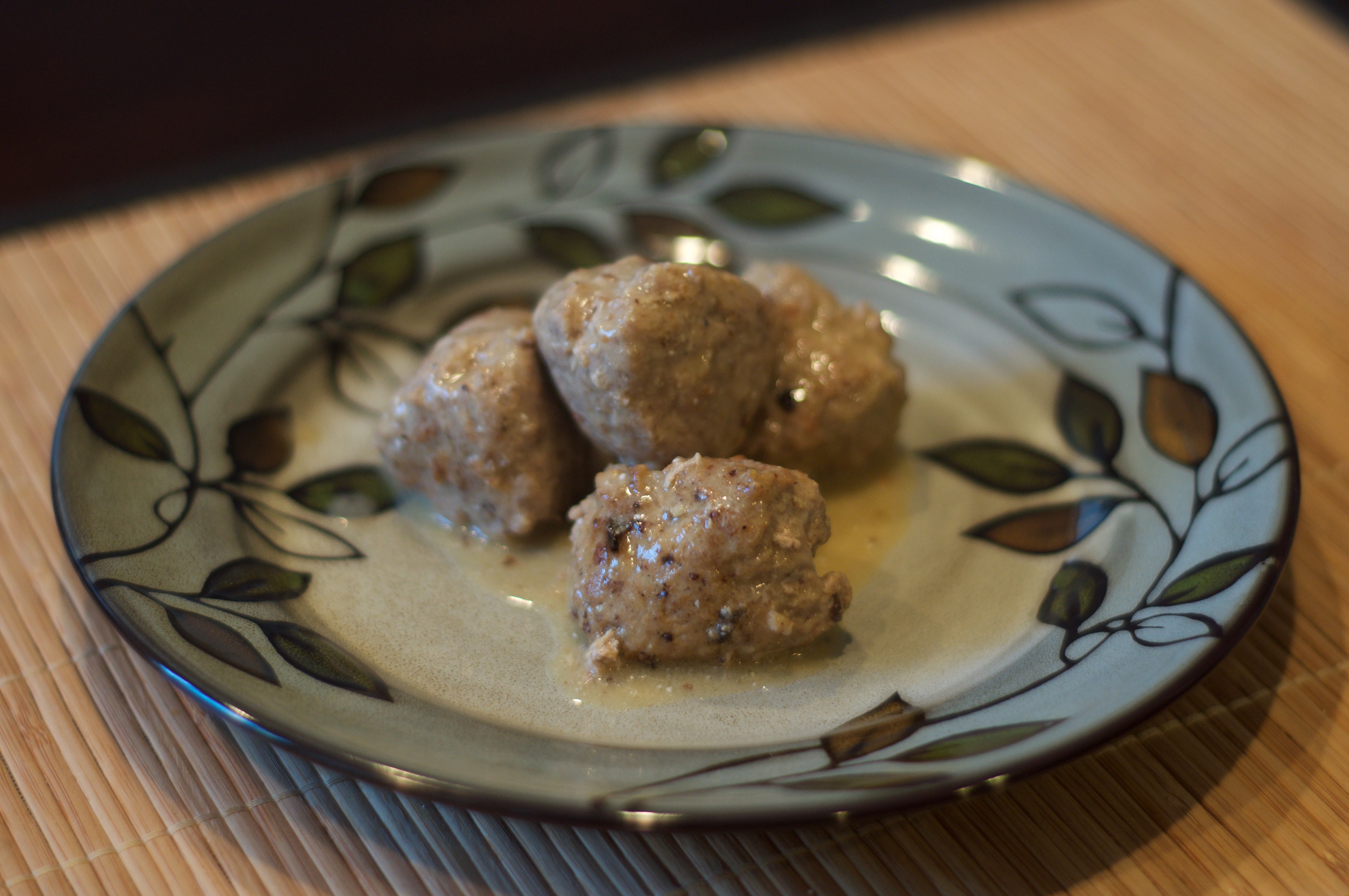 When Mike first heard that I wanted to make Swedish meatballs, he was quite hesitant to try them.  He likes meatballs in general, but he had never heard of “Swedish meatballs”, and he usually doesn’t like to try out new dishes. 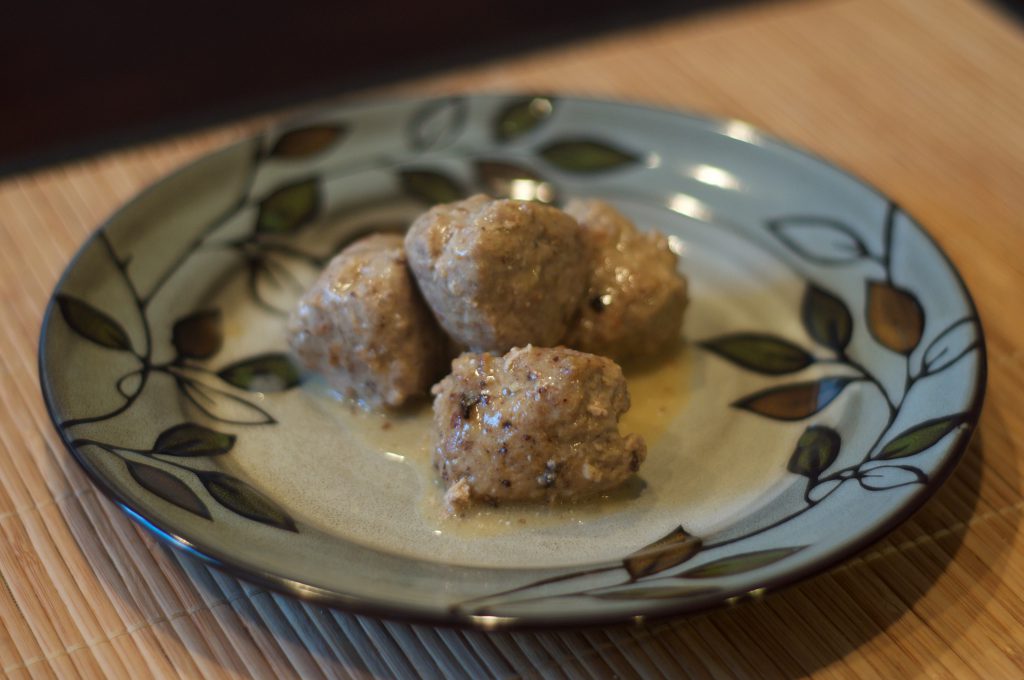 Mike hates sour cream and usually won’t eat anything that has been near sour cream.  I may have forgotten to mention that there was sour cream in this dish before he tried them.  To be fair, there is only a small amount of sour cream in the sauce. 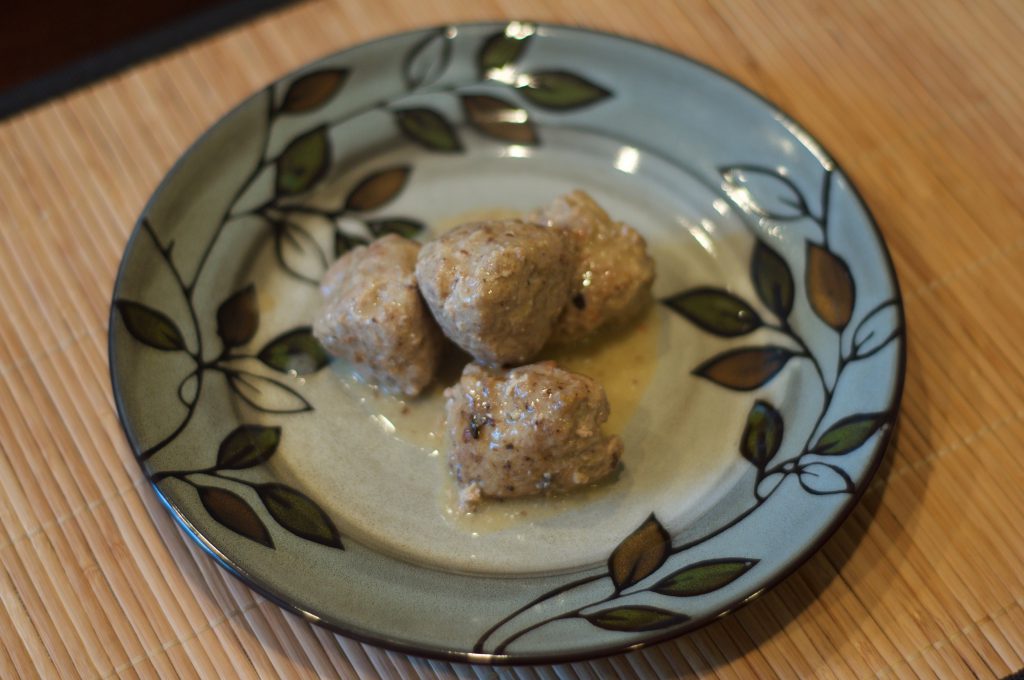 Once Mike tried these, he was hooked.  He even recently called them “little balls of awesomeness”.  He often asks when we will be making these next. 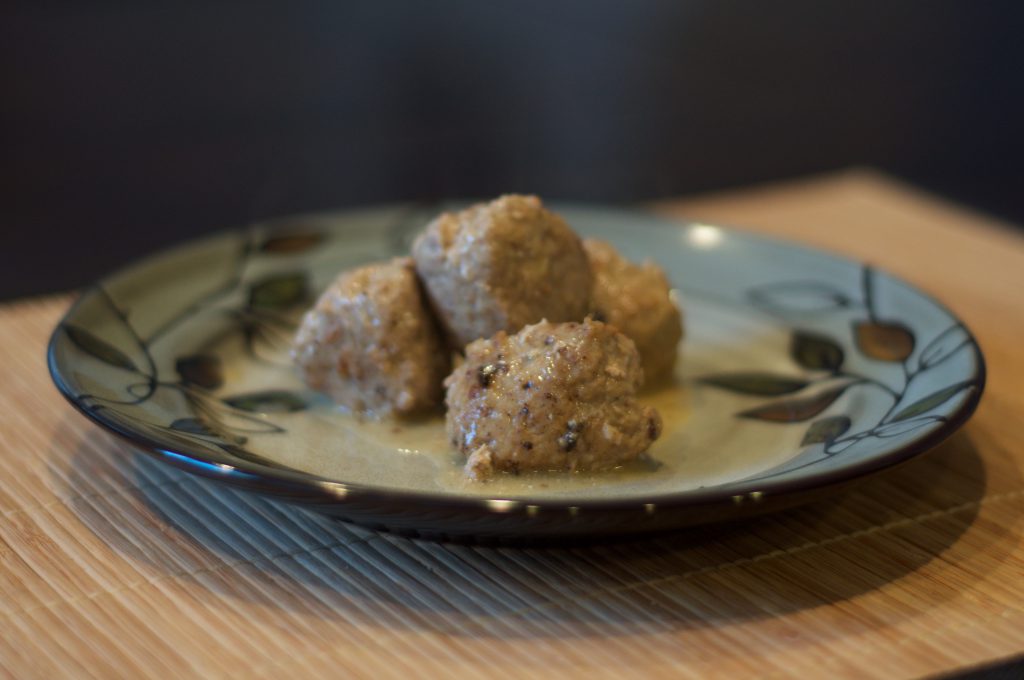 Honestly, he would probably eat these every night if he could.  When we make a batch, he often happily eats them for multiple meals (instead of reluctantly consuming leftovers as he usually does). 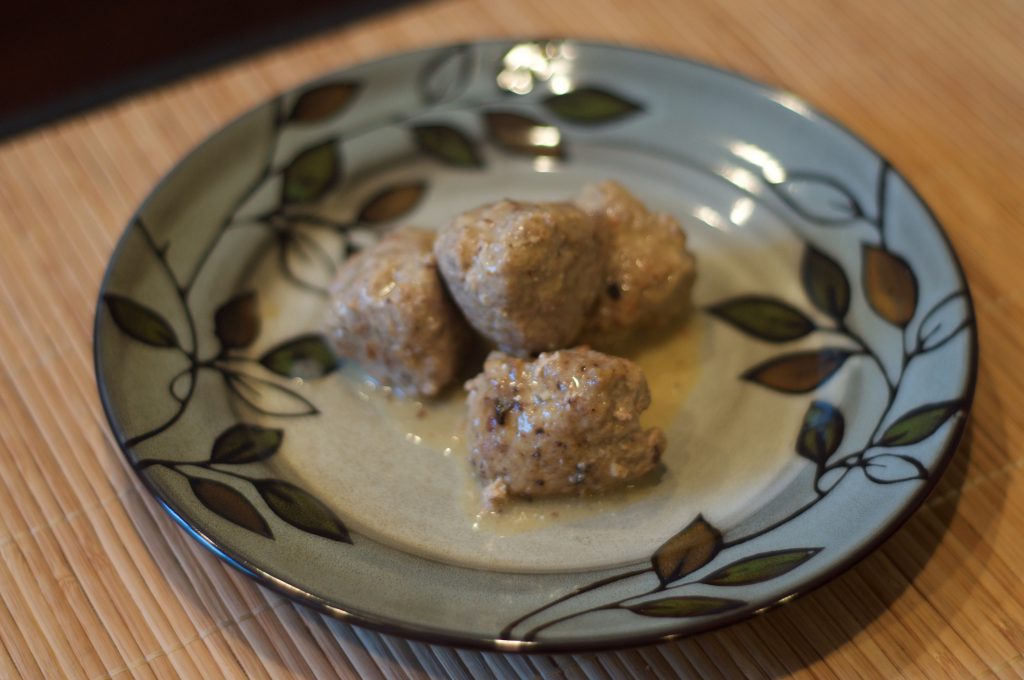 One of the “drawbacks” to this recipe is that it uses bacon.  Don’t get me wrong, I love bacon.  The problem is that bacon is pretty unhealthy.  As a result, I don’t often have bacon in the house.  Another issue is that the recipe uses a small amount of sour cream.  I often don’t have sour cream in the house since Mike hates sour cream and refuses to eat almost any dish that has sour cream.  This makes it difficult to use up the leftover sour cream. 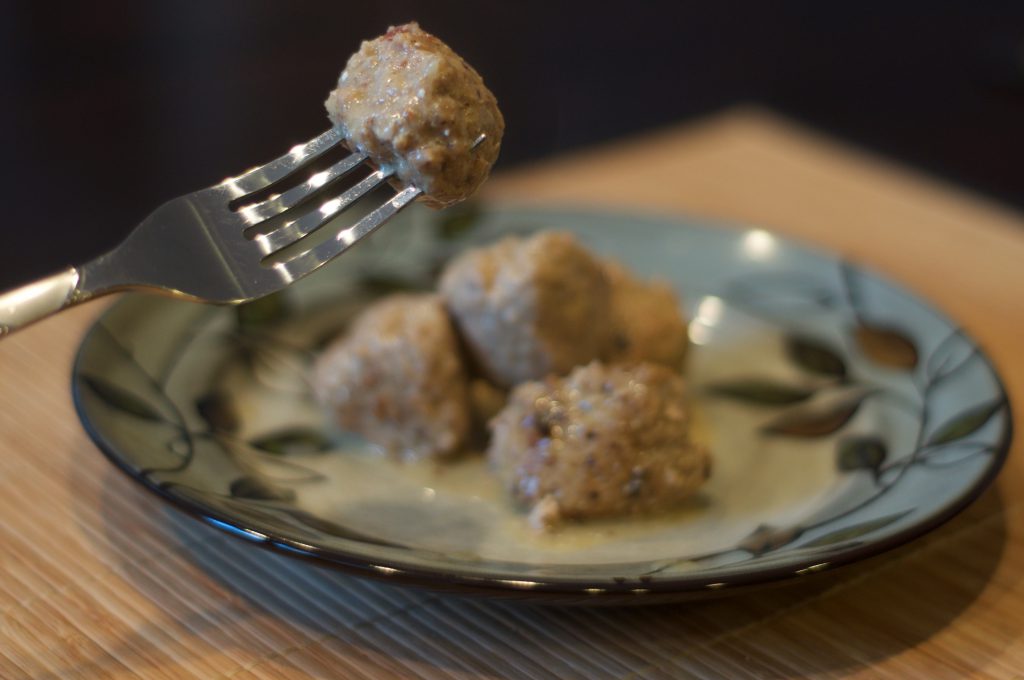 Lastly, this recipe takes a LONG time to make.  The meatballs need to be cooked in batches since they won’t all fit in the braiser.  That being said, these meatballs are amazingly delicious and absolutely worth the amount of time needed to make them.  We just make them on the weekend instead of on a weeknight. 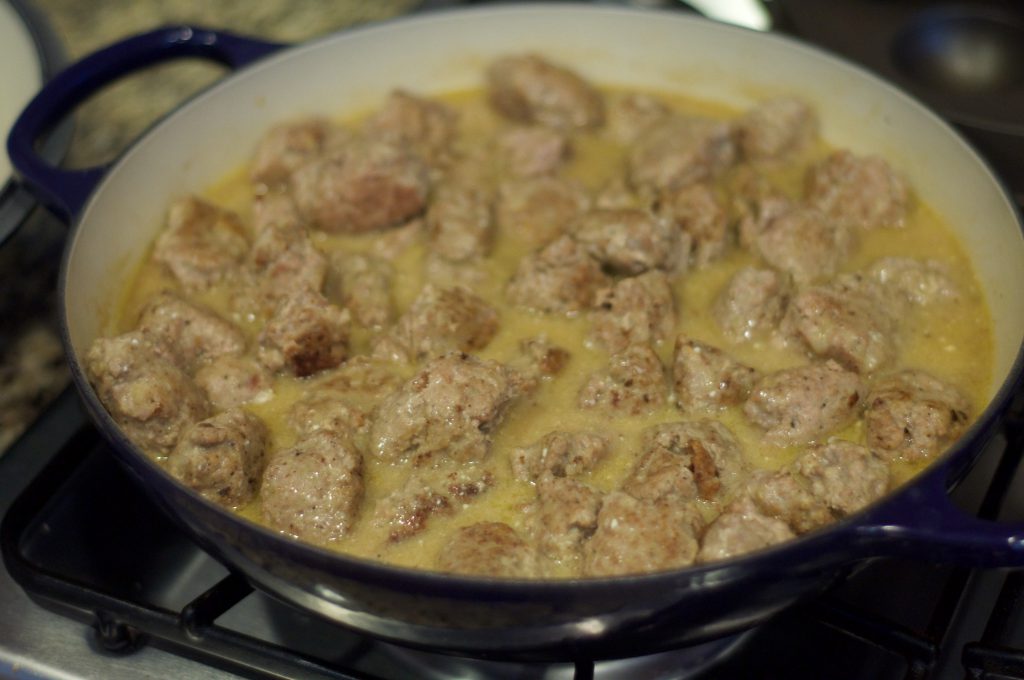 I find the flavors in these meatballs to be quite strong, and I prefer to eat these over angel hair pasta, with a small amount of sauce.  Mike often eats these by themselves, or with some mashed potatoes. 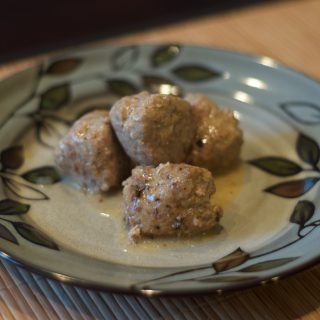