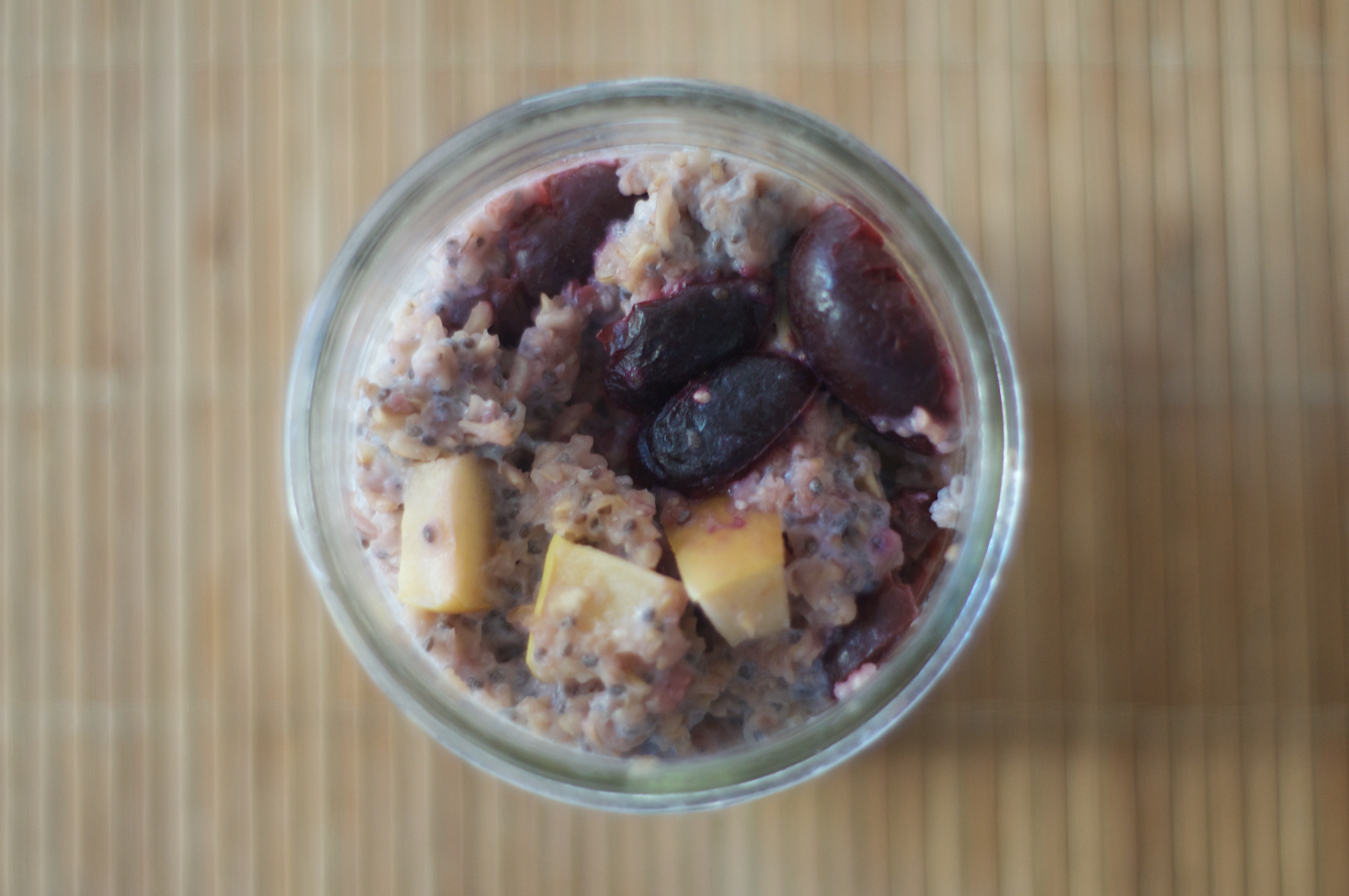 We bought a bag of frozen cherries from Costco.  It’s really useful because I can use cherries in oatmeal any time of the year, not just during cherry season.  Are they as good as real cherries during cherry season?  I have no idea.  I doubt it.  Fresh, sweet cherries are amazing.  However, since I only use these in oatmeal of smoothies, it doesn’t really matter. 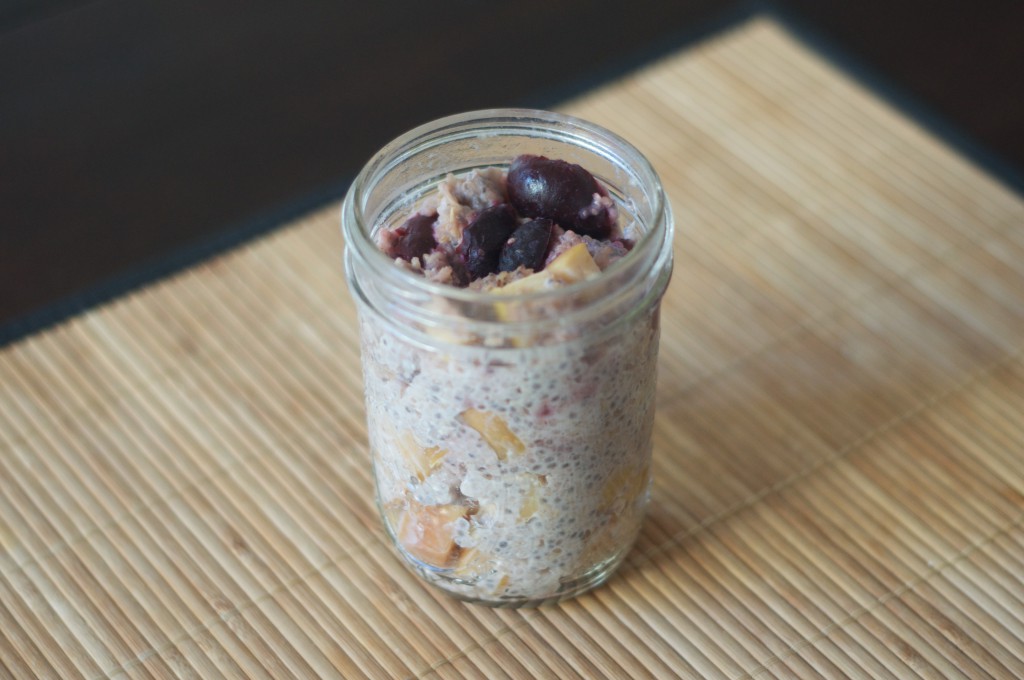 Luckily, we can get apples any time of the year around here.  I’m sure they’re not as good as the apples which are available during apple season, but oatmeal is pretty forgiving.  Whereas Mike wouldn’t want to eat this apple by itself, he is willing to eat the apple in his oatmeal.  Even if the apple is tart or a little bland, the other flavors in the oatmeal add depth to the apple, making it delicious. 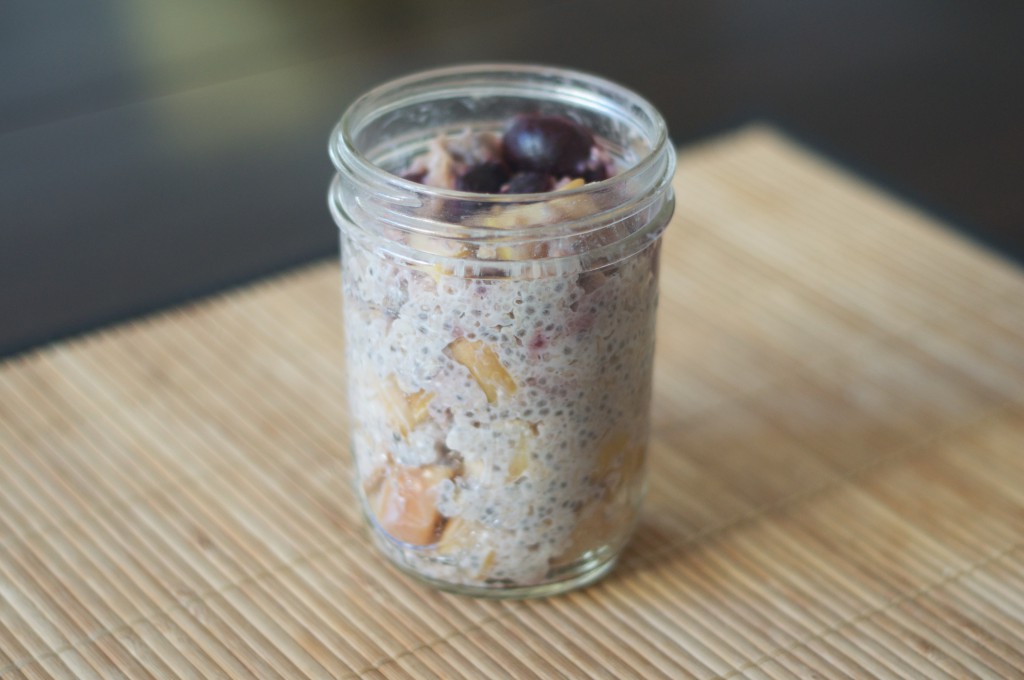 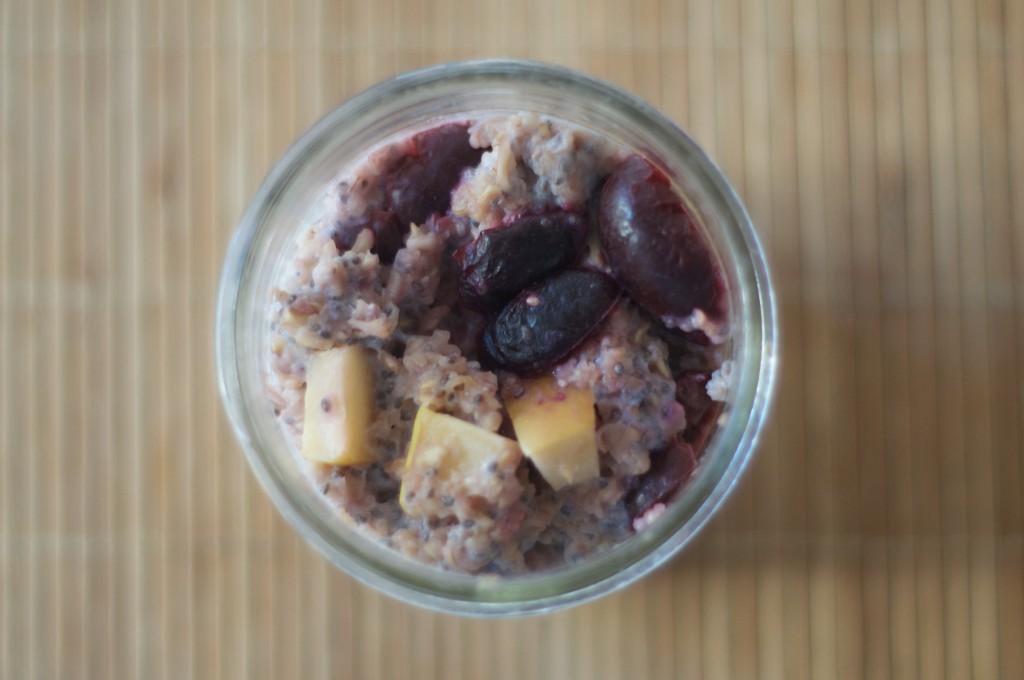