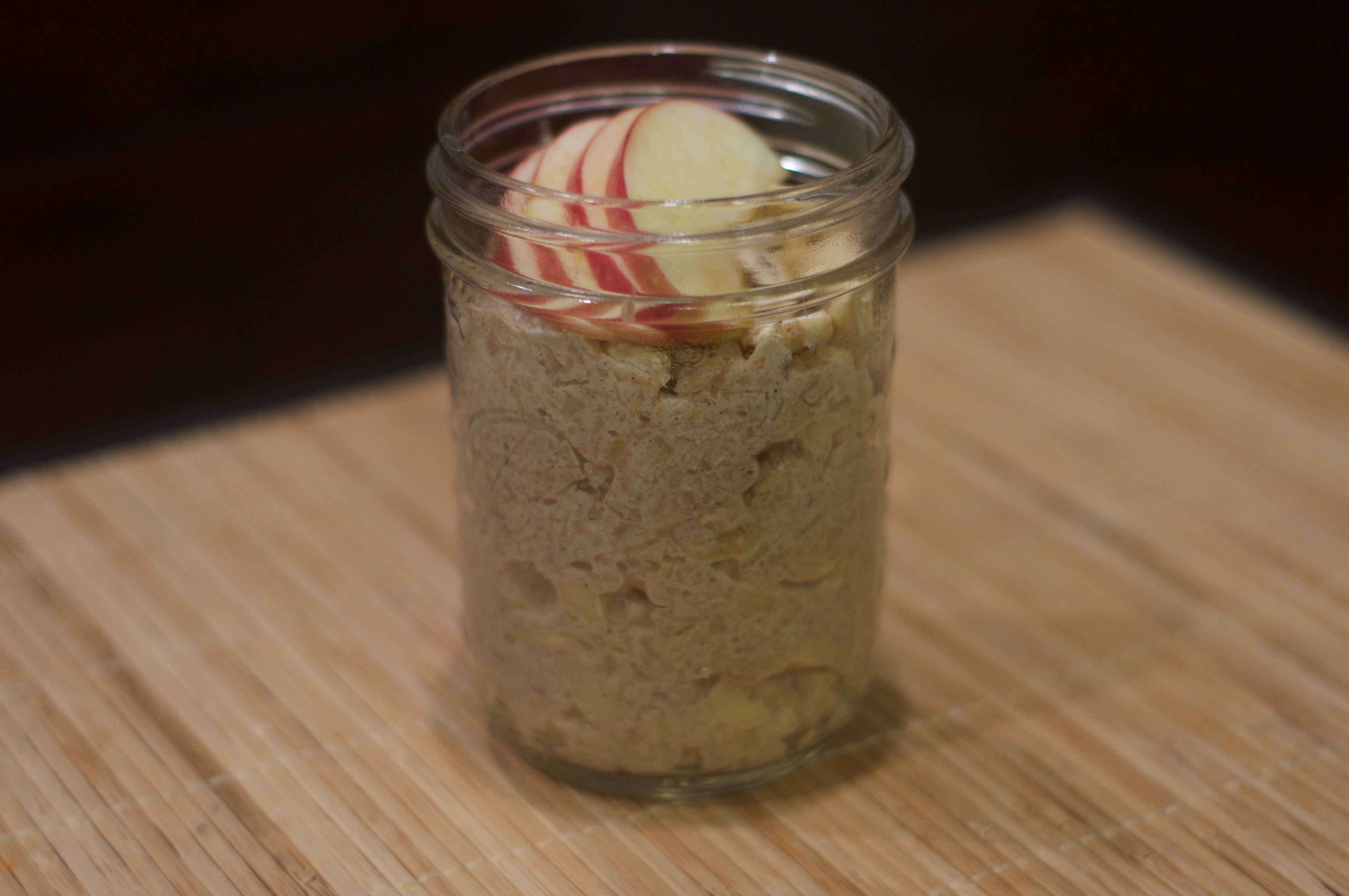 Who doesn’t love apple pie?  I must admit that while I like apple pie, I must be in the mood to eat it.  I don’t usually crave apple pie.  Some people say that homemade apple pie is very soothing.  I can’t honestly tell you if that’s true or not.  I’ve never made an apple pie myself.  Come to think of it, I don’t think I’ve ever had homemade apple pie before. 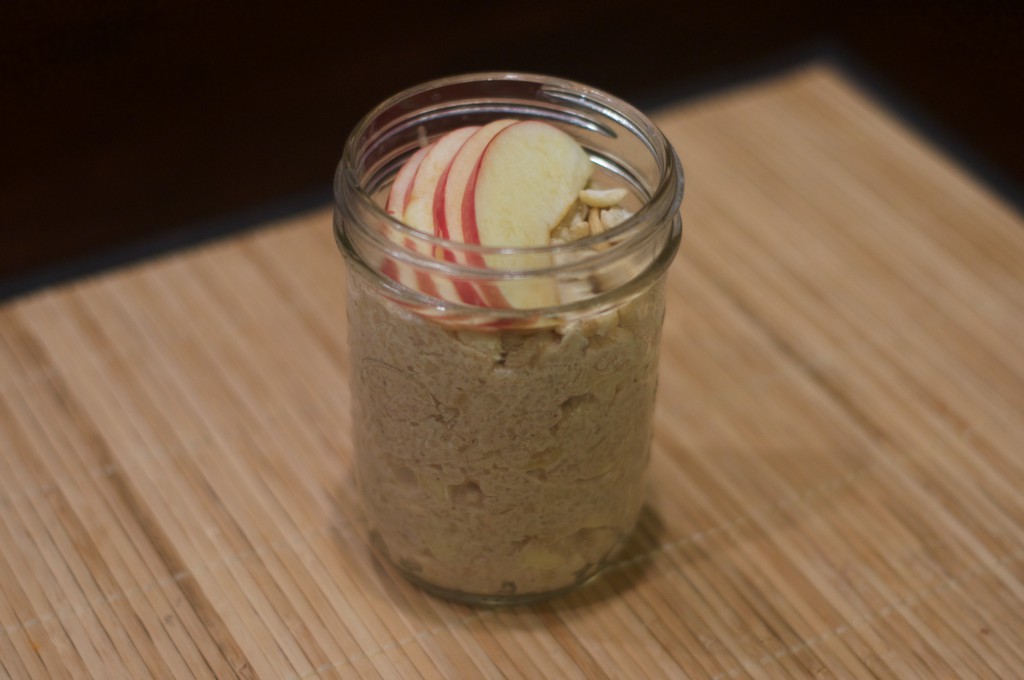 That being said, there are definitely different levels of apple pie.  Although I like the crumb top apple pies, I can only eat a small piece.  It is just too sweet for me.  Then there is the traditional apple pie.  These are less sweet, but I sometimes think they aren’t sweet enough.  There really is just no pleasing me. 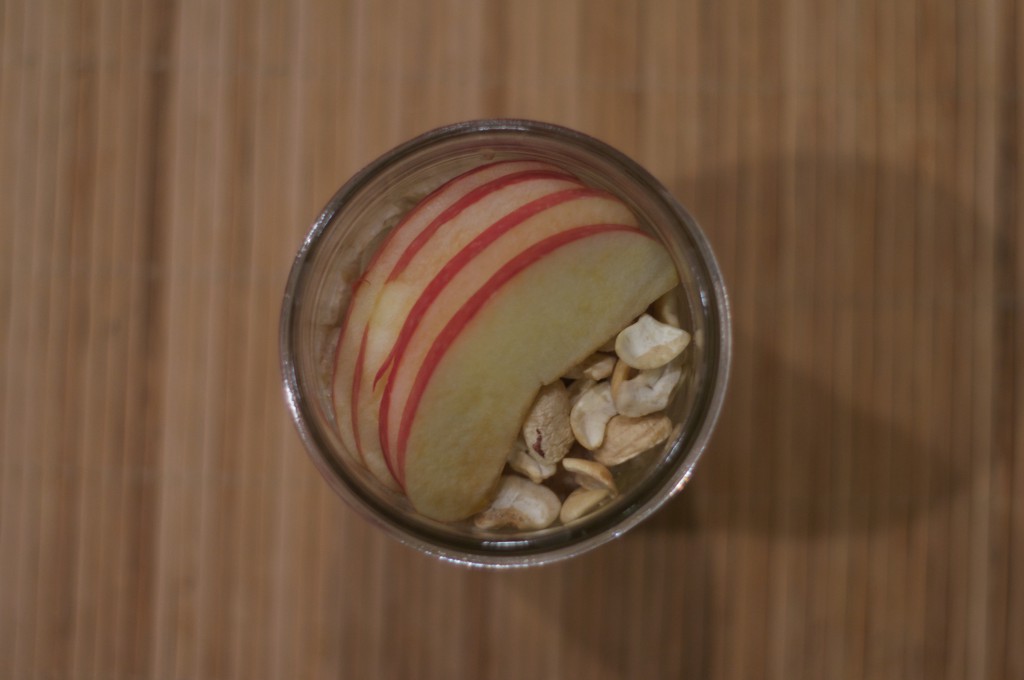 Luckily this oatmeal was for Mike, who really loves traditional apple pie (though I doubt he’s made one from scratch either).  I threw cashews on top of this oatmeal because I had some in the pantry that I was trying to use up. 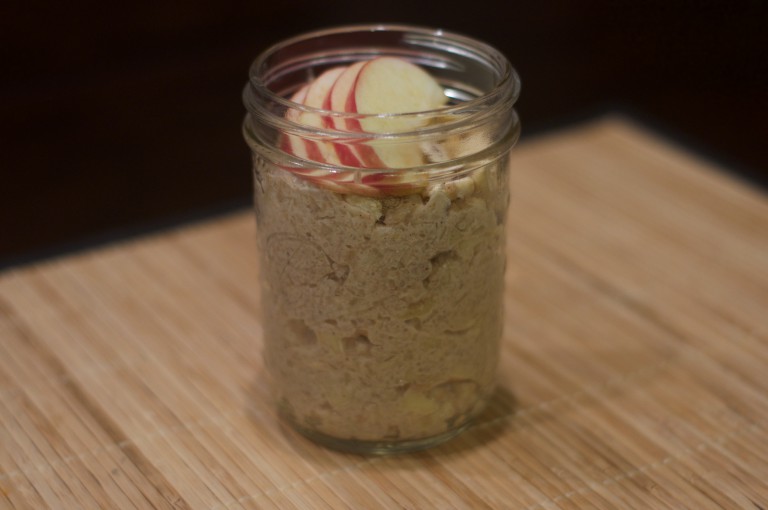