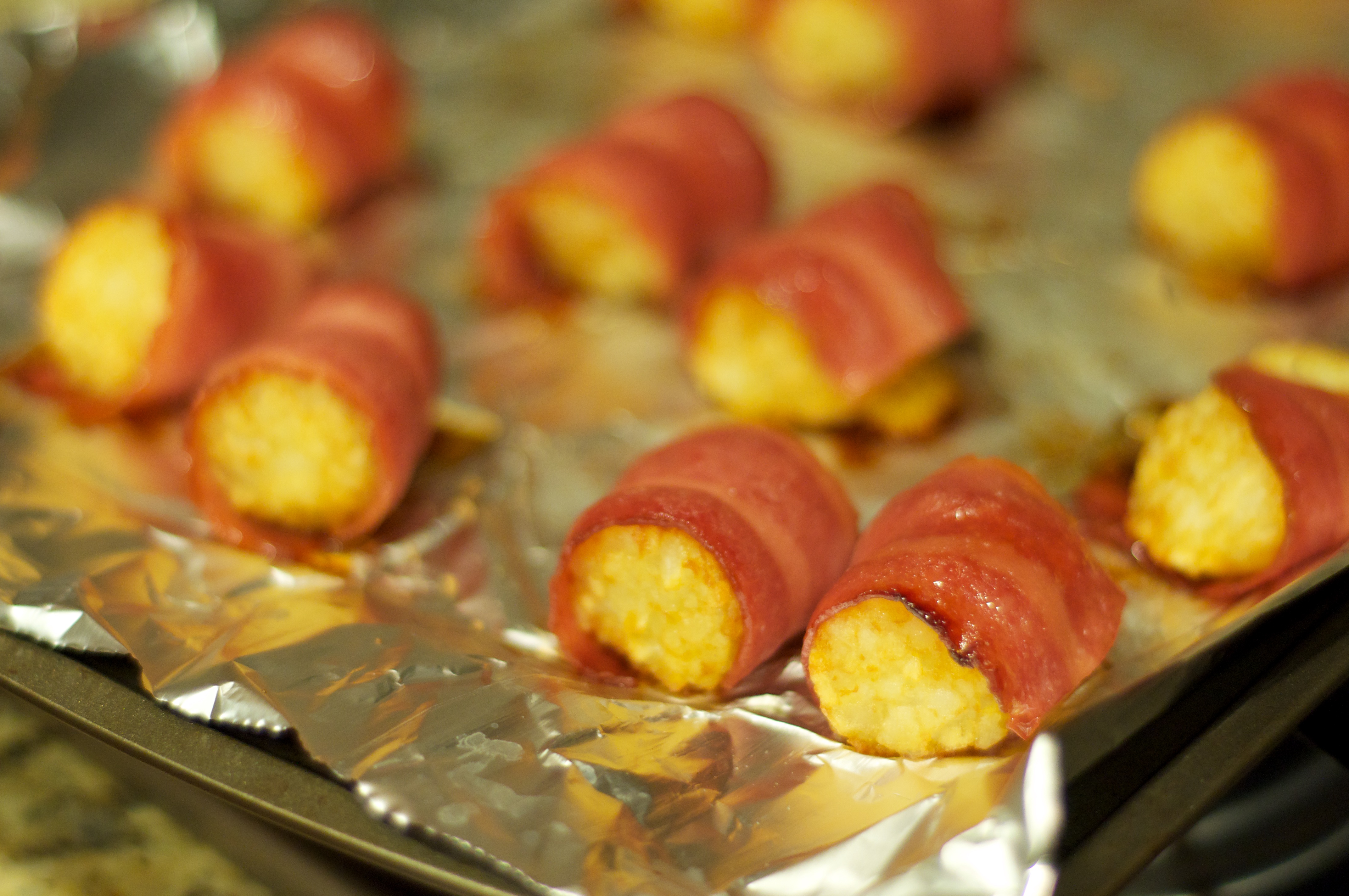 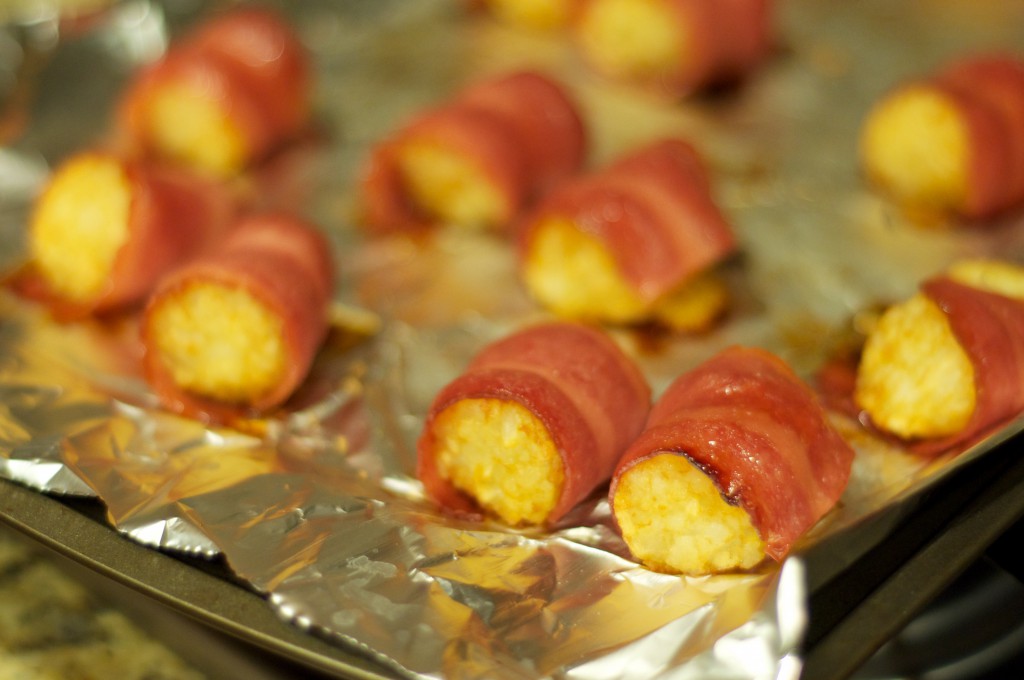 I was under the impression that you really can’t go wrong with “bacon wrapped” anything.  As it turns out, you can have too much of a good thing.  The first time I made these, I used thick cut bacon.  This was clearly a mistake.  They tasted way too salty and “bacony”.  I know this sounds crazy, but trust me, the bacon taste was overwhelming. 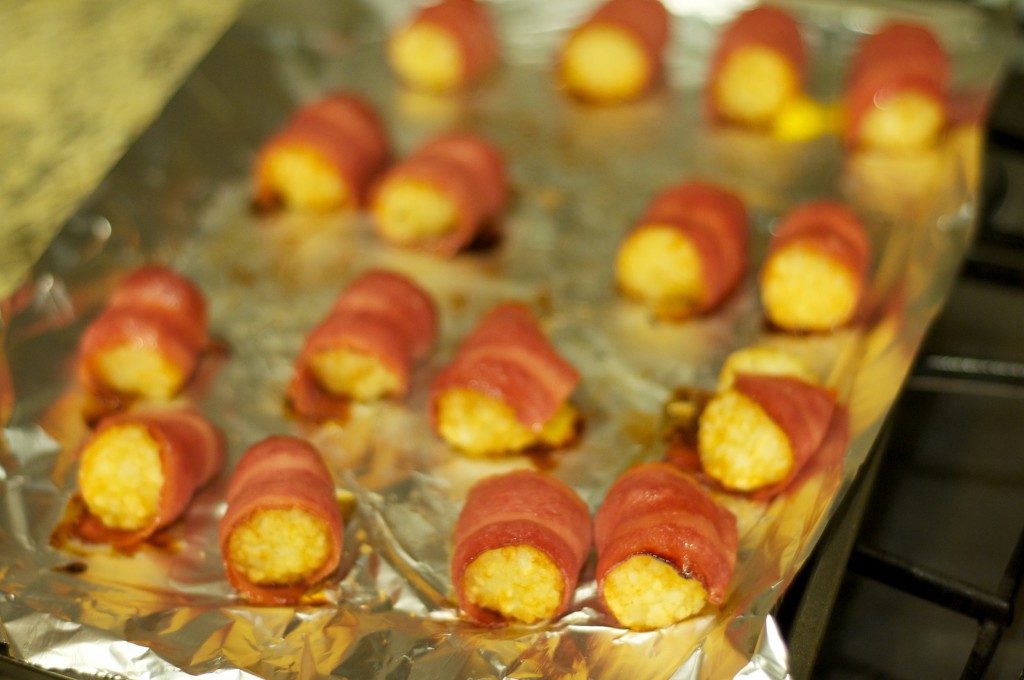 Another mistake I made was to try to use less bacon and cut the pieces into quarters.  This is a bad idea.  I wasn’t really able to fully wrap the tater rounds in bacon.  As a result, they ended up splitting and not staying together.  DO NOT be stingy with your bacon.  Cut the pieces in half.  You have been warned! 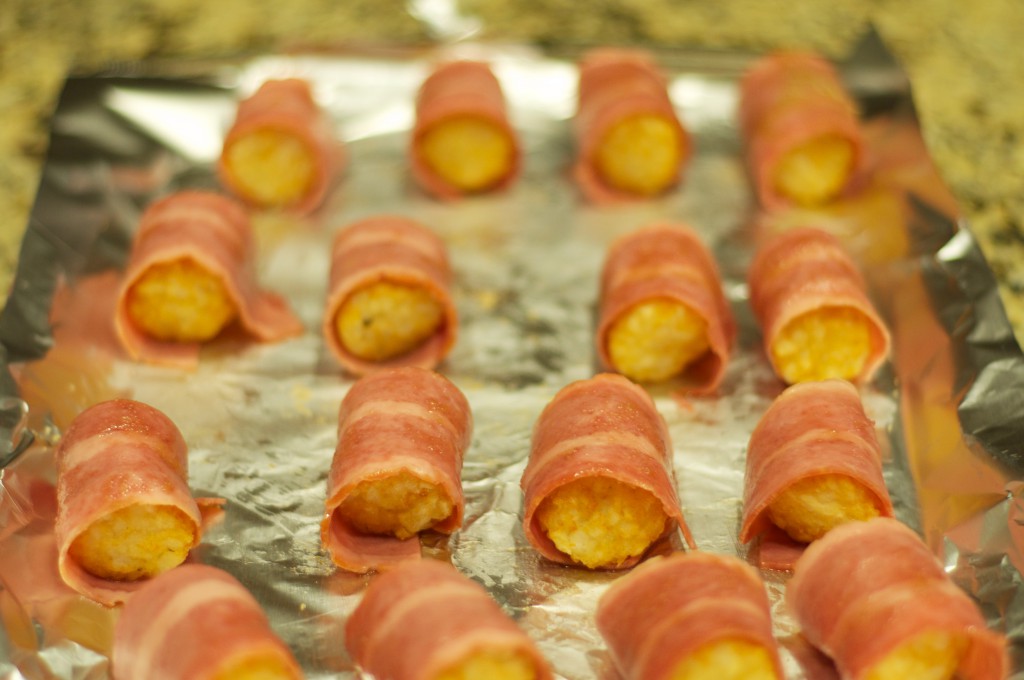 These could probably be made with tater tots instead of tater rounds.  However, I accidentally bought tater rounds from the grocery store so I used those instead.  I actually prefer these tater rounds though.  I can now make a nice “cheese sandwich” using the tater rounds as the “bread”. 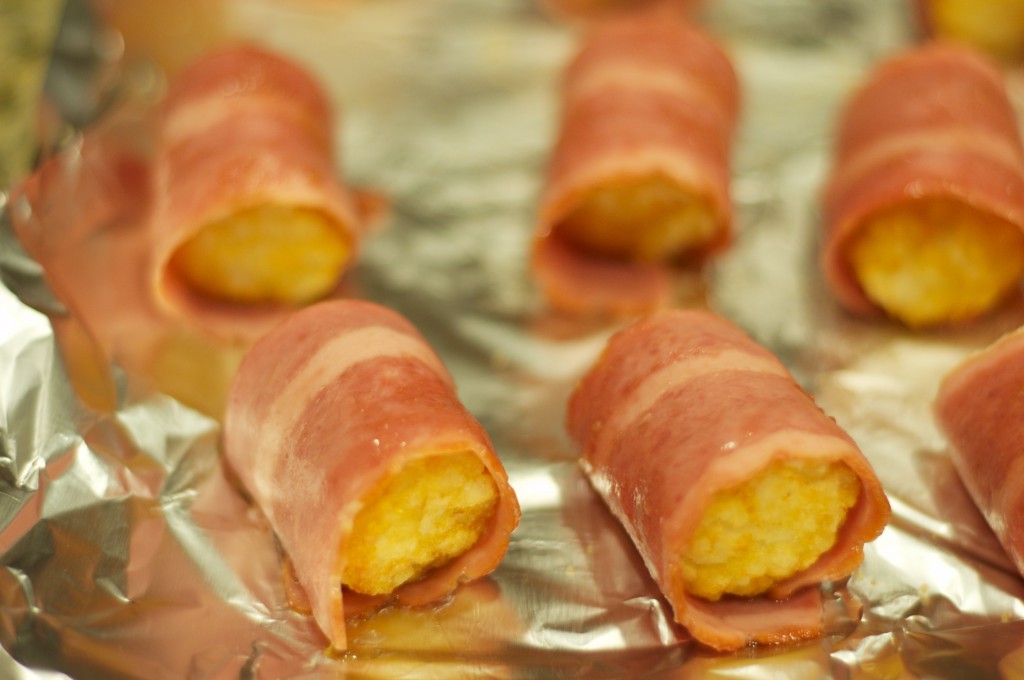 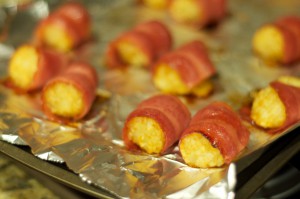