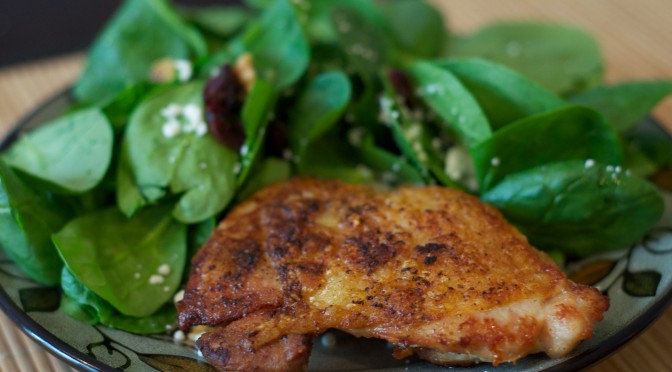 Okay, for dinner last week, I decided to help out making the food, since I had a few days off, and Kim had some long and hard days at work. Bruce wasn’t around to partake in their food. 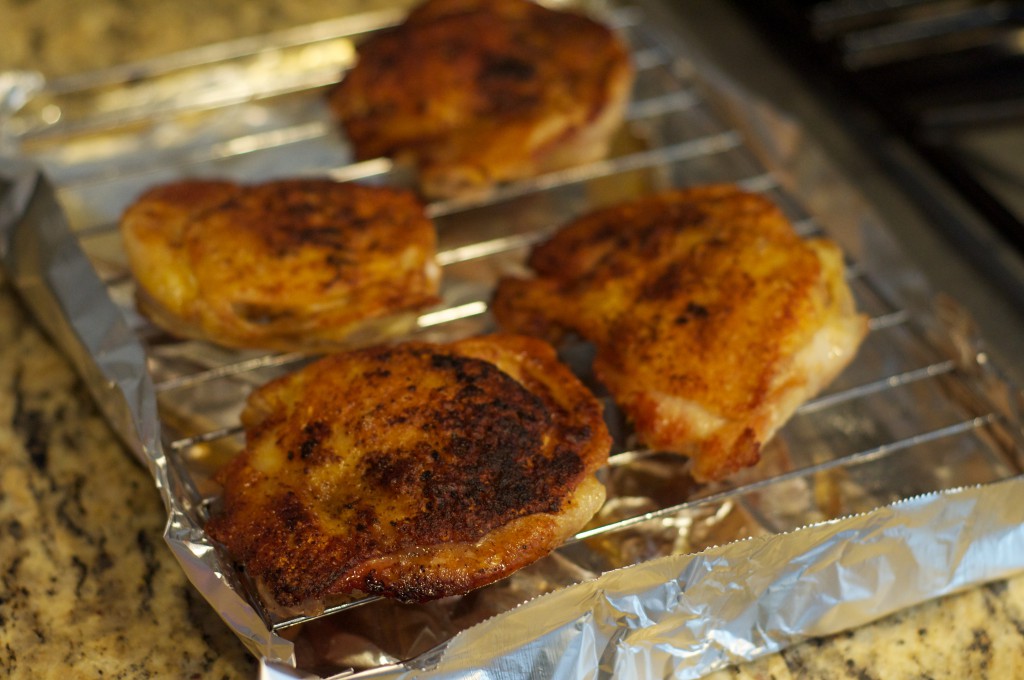 Making the Cracklin’ Chicken is surprisingly easy! I just used a pair of kitchen scissors to cut the bone out of the chicken (which was really the hardest step of the whole recipe), then used a hammer wrapped in aluminum foil to beat the chicken flat (we plan to get a meat tenderizer now from Amazon), and fried it in butter! That simple! 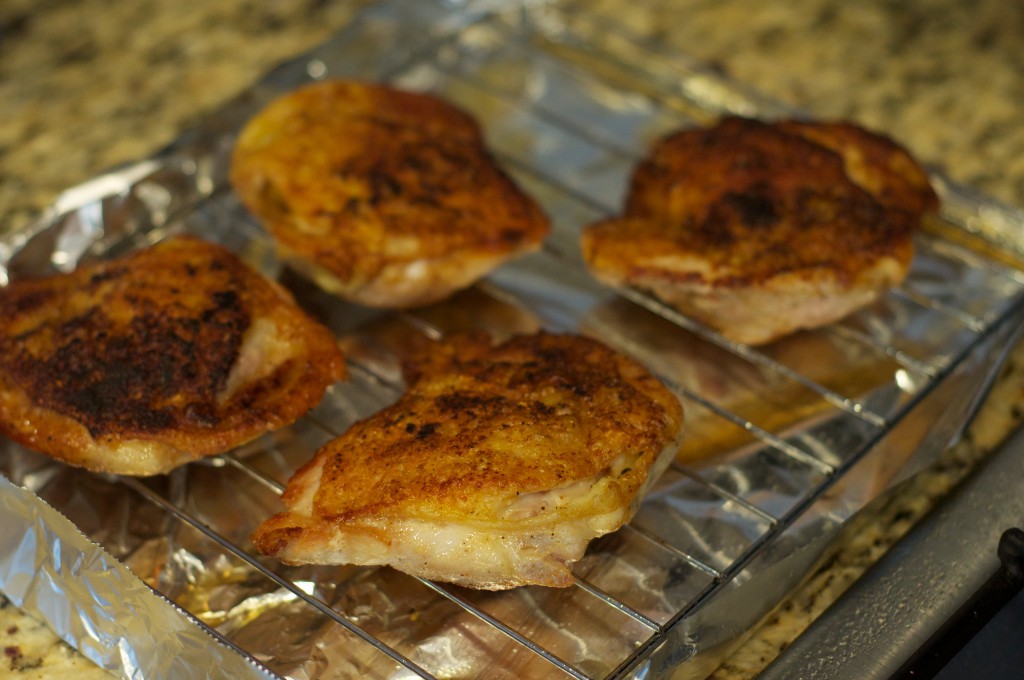 The results were just absolutely amazing!  We ate it with a salad because we wanted to add something green to our meal and make it slightly healthy.

Although Kim doesn’t understand why Mike is so enamored by this chicken, she does agree that it is delicious.  Kim’s mom used to make “fried” chicken when she was growing up, and this chicken essentially tastes the same.  One exception is that Kim’s mom would fry the chicken thighs with the bone in it, which means the chicken must be cooked for a longer period of time.  As a result, sometimes the chicken Kim’s mom made was a little dry.  This chicken, on the other hand, was moist and juicy! 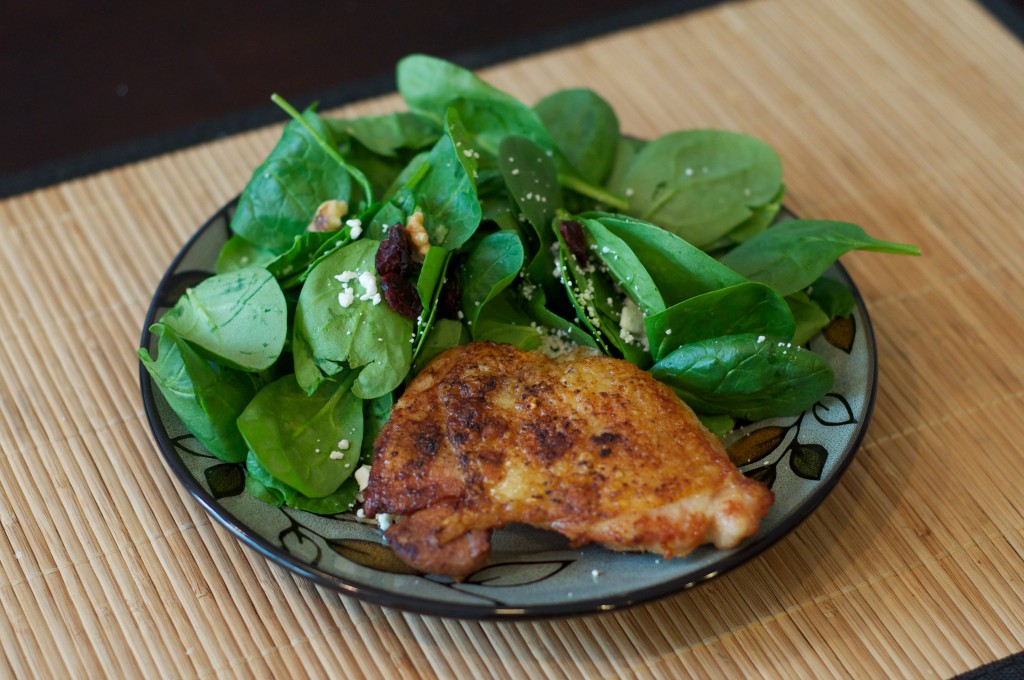 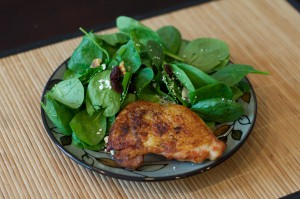