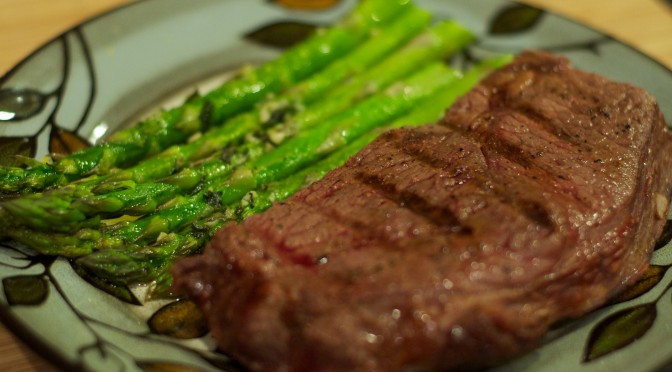 For dinner, I was provided a rather large New York strip steak, which was available at the grocery store for a good deal, and asparagus, which Mike really likes, despite some of its negative effects (not negative health effects.  Asparagus is very good for you). 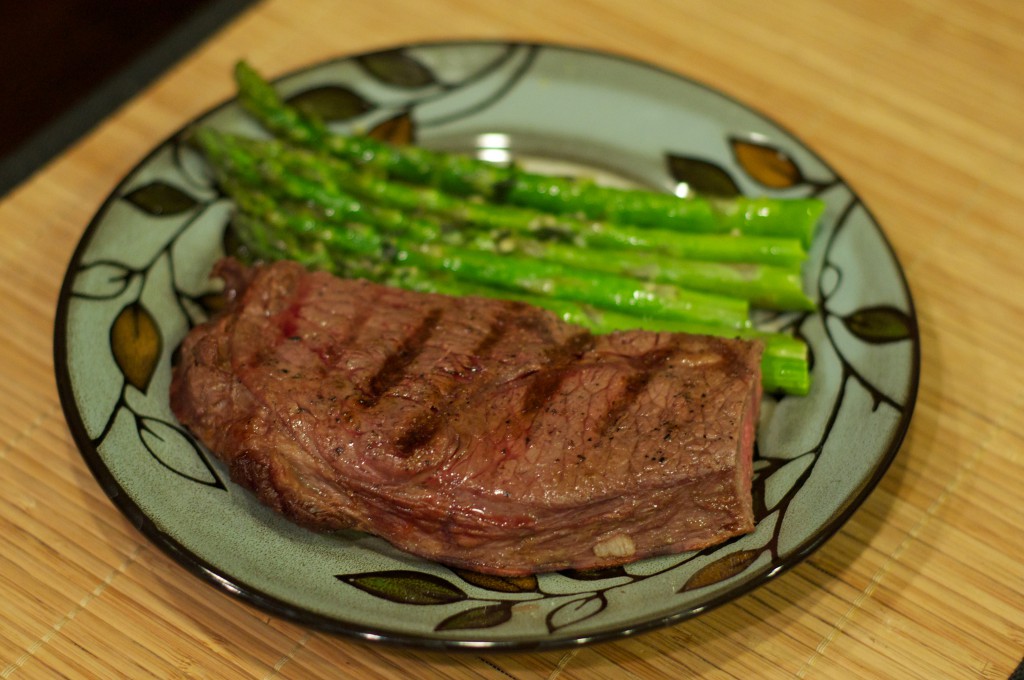 For the steak, I just decided to go simple, especially since I just went crazy on the Tri-Tip Steak and made something with far more flavor than Kim would have ever wanted. So I went simple here, just salt and pepper. I used the BBQ and put it at about 50% heat and let it pre-heat a while and then cooked it for 6 minutes one side and then 5 minutes on the other. In the end, I thought that the meat came out quite well. 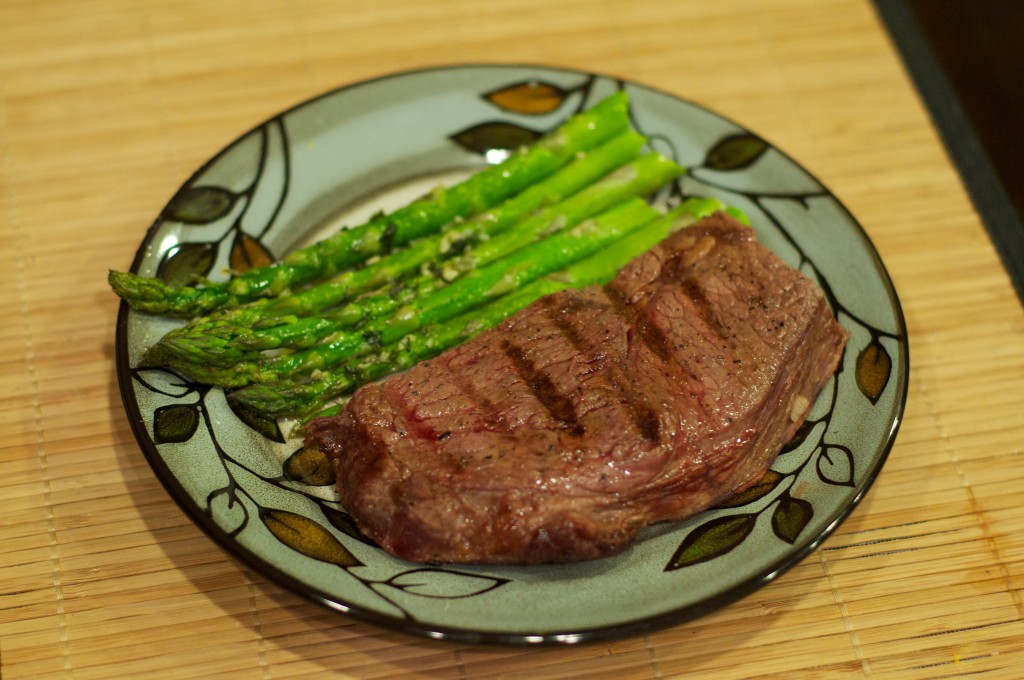 I served this with the garlic asparagus for a delicious meal. 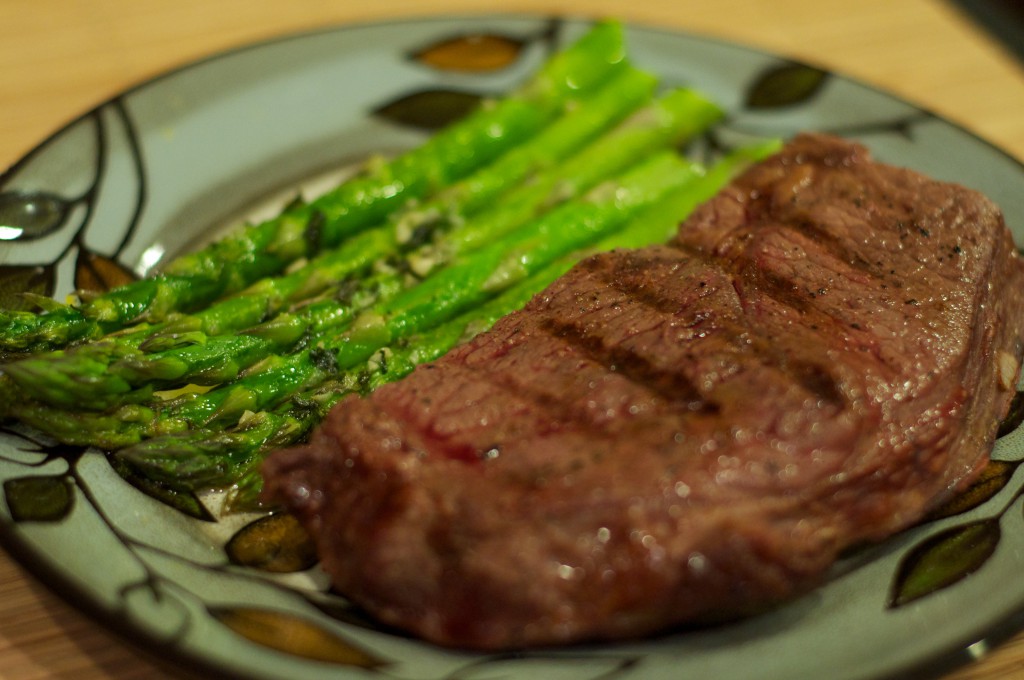